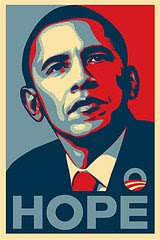 I’ve tried not to make this blog a forum for blatantly promoting my political beliefs, but last night I became a convert and don’t care who knows it!

Still stinging from Hillary’s hard-fought defeat, I began the week rather blasé about the Democratic convention. But when Barack Obama took the stage last night as the first African-American presidential nominee in history, I started to cry and didn’t stop until well after his speech. He was brilliant, inspiring and, I dare say, just may be the most authentic candidate we’ve ever had. I am now fully committed to seeing him become president.

If George Bush accomplished nothing else during his eight years of magnificent incompetence, he at least paved the way for people to realize that now is the time for historic change. Let’s hope the rest of the country agrees and elects Barack Obama as the next president of the United States.
Posted by Cyn at 12:07 PM 1 comment: 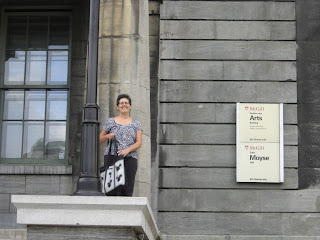 McGill University
I was invited to present a paper at last week’s International Federation of Library Associations pre-conference at McGill University, so Tim and I packed our passports and headed to Montreal.
Everyone we talked to before leaving insisted that we’d love Montreal because it’s the most European of all Canada’s cities. Well, sure, most of the people there speak French (as well as English) and some of the buildings date back to the 17th century. Still, we felt right at home, as if we were visiting any other large North American city that has subways and historic sites.
Because I was in conference for two solid days, we didn’t do much exploring. But we did spend a day in Vieux-Montreal, the oldest part of the city, located along the St. Lawrence River. There we went inside the magnificent Notre Dame basilica. 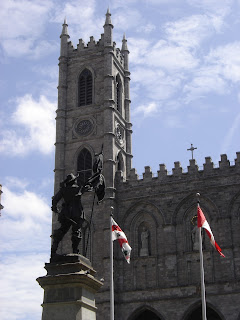 We also tried to climb the entire La Tour de l’Horloge clock tower, but I chickened out when we got to the last 50 steps or so—a spiral staircase—too creepy! We stopped just inside the clock, took some pictures, and then headed back down the stairs. 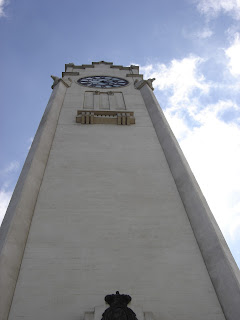 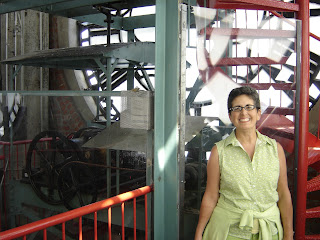 We ate breakfast at the Marché Atwater, a permanent farmer’s market located near the Lachine Canal, and had dinner at an East Indian restaurant in The Village, Montreal’s gay community.
I also found time to see the special Yves Saint Laurent exhibit at the fine arts museum a few blocks from our hotel. It was the perfect way to end our brief vacation.
Perhaps my favorite memory, though, will be stumbling upon a small family-run Greek restaurant, where we dined while it gently rained outside. Very European indeed . . . 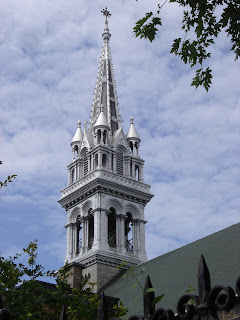 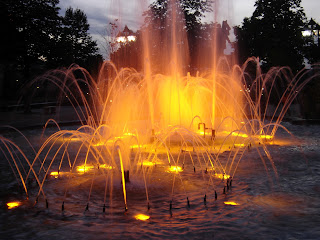