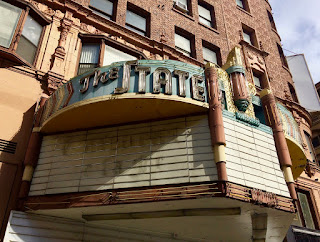 State Theatre marquee
Opened in 1921, the State Theatre is the latest of L.A.'s many fabulous movie palaces to offer tours and public events after serving as a church for many years. Although not the largest venue on downtown's Broadway Theatre District, the State does boast the greatest number of seats (over 2300), possibly because of its steep and tall balcony. According to legend, Judy Garland regularly performed here with her siblings, the Gumm Sisters, before heading to Culver City in the mid-1930s to star in movies.

The Los Angeles Historic Theater Foundation offered the State's first public tour today and we were there. Still under renovation, the space is nonetheless magnificent as preservationists begin to remove the religious trappings that once obscured its grandeur. For those anxious to see it for themselves, the L.A. Conservancy will be showing Mr. Smith Goes to Washington at the State, on June 2, as part of its annual Last Remaining Seats series. 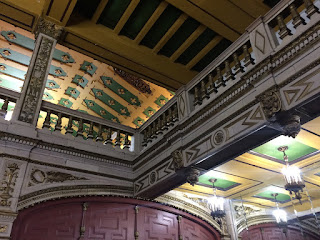 Looking up from the lobby 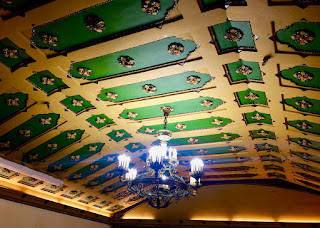 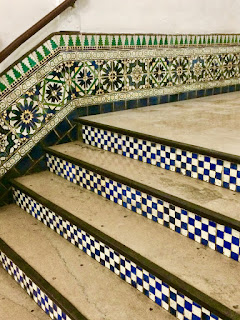 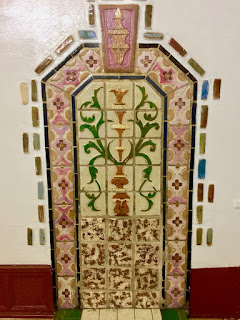 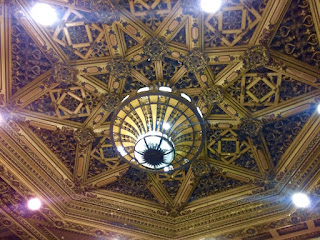 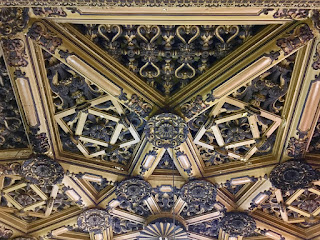 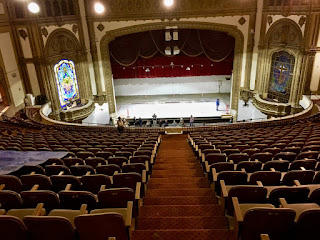 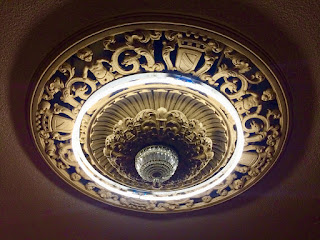 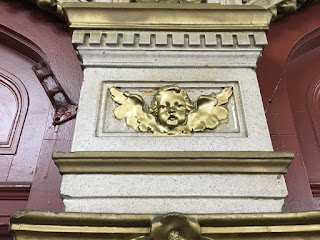 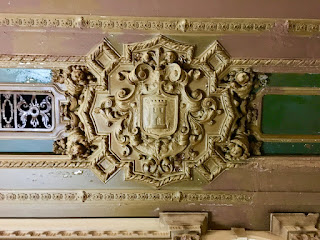 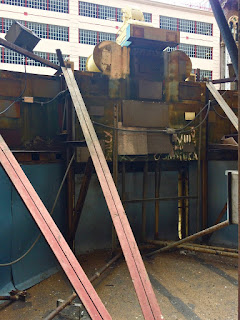 As LAHTF members, we were invited to visit an enormous space that housed an ornate restaurant during the 1920s/30s. It's located under the theater, below street-level. Dirty and in desperate need of renovation, the area is still quite breath-taking. 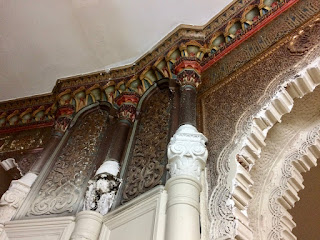 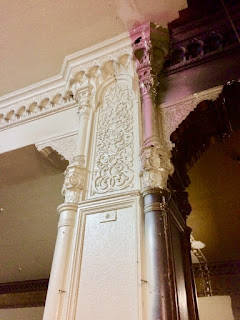 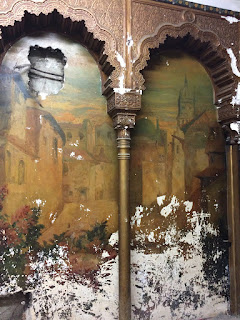 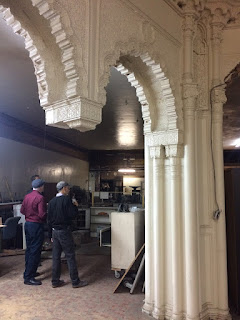 More columns
Posted by Cyn at 7:11 PM No comments: