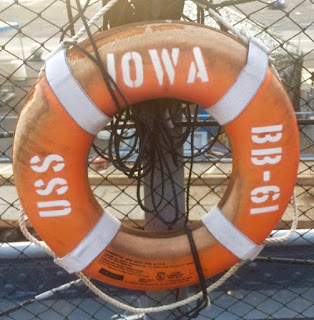 After serving six years (1968-1974) in the Navy, Tim was none too enthused when I suggested we do adult “battleship camp” with Atlas Obscura, a travel group that specializes in unusual tours. He changed his mind when I explained that I wanted to get a flavor of what it was like when he was a sailor, and so we spent last night on the USS Iowa, the decommissioned WWII battleship that’s now a museum in San Pedro harbor. 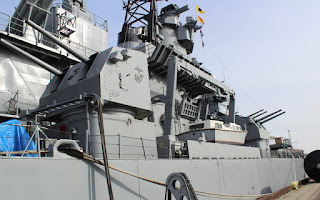 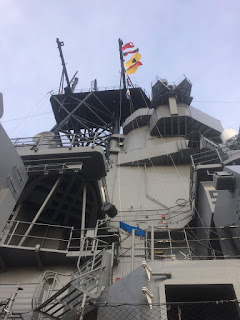 We got to the dock before 5PM. A couple from Nashville and a gal from Great Britain were already there. Once everyone else arrived, the ship historian introduced himself and his volunteer crew and shared the rules of the evening: no smoking and no wandering off on our own. Also, women were to sleep on one of the ship while men slept on the other—a big surprise to us and the other handful of married couples! We then boarded the ship and picked our bunks. I was expecting two beds per bunk, but, no, there were three, leaving very little room for doing anything but sleep. 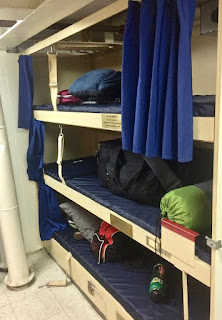 We were hoping for officers' quarters, but got enlisted
personnel beds instead. We were told in advance to
bring our own bedding: pillows and sleeping bags.

After the flag-lowering ceremony, we went below deck and ate dinner in the mess hall: lasagna, salad and a roll, plus (for some reason) potato chips, followed by dessert (ice cream sandwiches and popsicles). Tim told me later that the Navy food was much better, but I enjoyed our meal anyway. 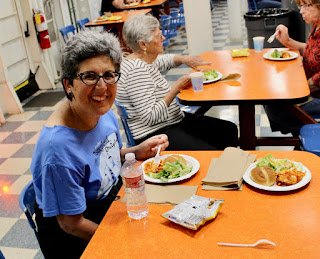 Dinner in the mess hall

There were 30 of us, so we split into two groups for what ended up being an exhaustive tour of the ship. During its heyday, the Iowa was the lead ship of its class and one of the U.S.’s largest battleships. Needless to say, it was also heavily armed and so we talked about and looked at a lot of turrets and munitions. But the ship’s greatest claim to fame was carrying president Franklin Roosevelt (FDR) to Tehran to meet with Winston Churchill and Josef Stalin during World War II. The Iowa was also stationed at Japan during the war-ending surrender and ultimately served during the Korean War. It opened as a museum in December 2011. 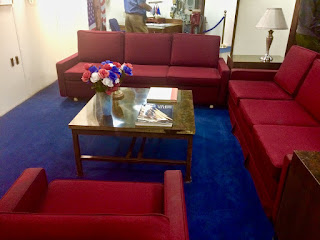 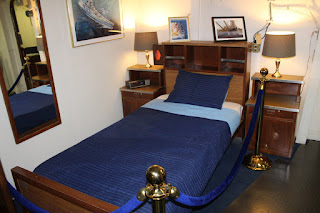 Captain's bed
Our tour guides showed us everything from the onboard dentist office to the helm to the captain’s quarters, where FDR slept and held court. It was fascinating, but truly exhausting as we finally limped off to our bunks after 10PM. Despite the cramped quarters, I had no trouble falling asleep as soon as the lights went out and slept all the way till 5AM, when I squeezed out my bunk. Reveille was at 6:30AM. No showers, but breakfast (pancakes and bacon) was served in the mess hall before the flag-raising ceremony and group photos. We then all went our separate ways. Truly an unforgettable experience. 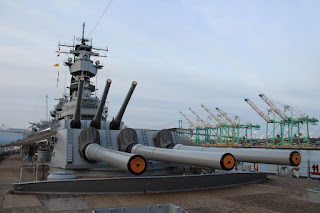 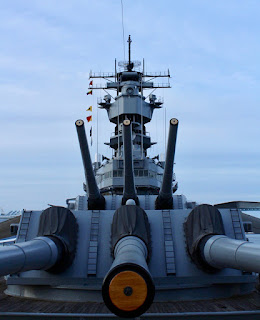 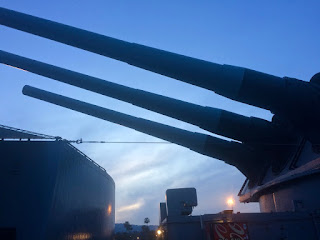 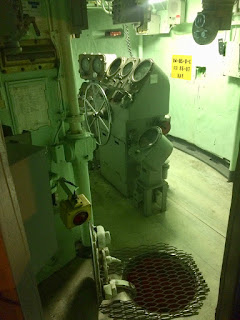 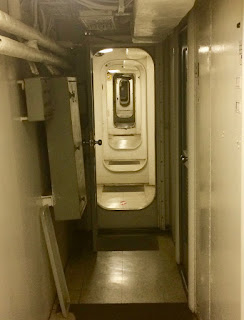 Hatches galore—so easy to get lost! 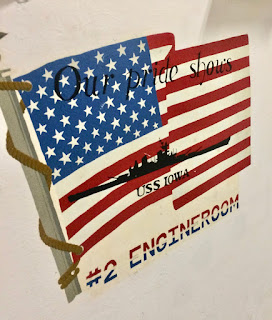 Sailor art created during "down time" at sea 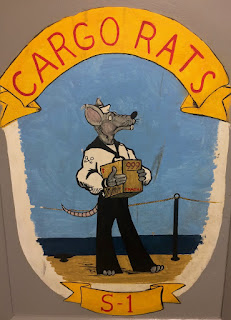 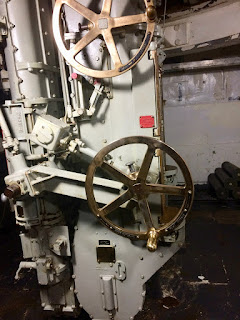 Machinery to load munitions into the turrets 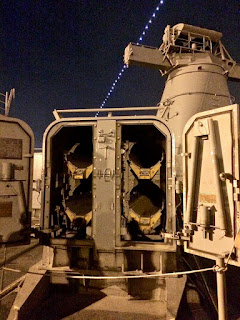 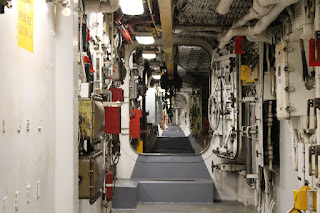 "Broadway," the ship-long passageway leading to and from
engineering 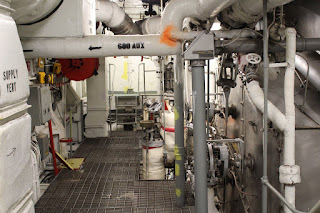 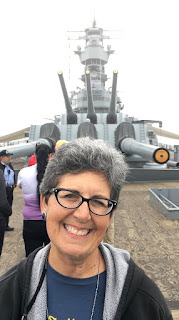