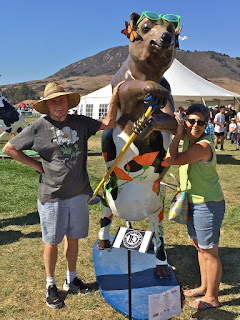 At the CowParade in San Luis Obispo
I was reading the L.A. Times travel section, a couple of weeks ago, when my eye caught a small ad for the launch of the CowParade in San Luis Obispo (SLO), where painted fiberglass cows are being displayed until May. The eight-month-long event will eventually end in an auction, benefiting local charities. Similar "parades," held around the country—and even the world—have raised over $30 million.

On Saturday, the renowned Madonna Inn resort hosted a free preview of all 101 cows before they move on to various locations around town. I immediately contacted our friends, who live a few miles north of SLO, to see if they wanted to go. I'm sure everyone thought I was crazy for wanting to see a bunch of painted plastic cows. But I remember how wonderful it was—and still is!—to unexpectedly run into one of the hundreds of painted fiberglass angels placed around Los Angeles, 15 years ago, as part of a massive public art display and auction. I knew the cows would be just as amazing. And I was right!

Approaching the Madonna Inn from the north, we could already see the cows—and the crowds looking at them—from the freeway. A few of the sculptures stood on hind legs, catching a frisbee or posing like Marilyn Monroe, but most looked like normal ol' cows. Except, of course, they were gloriously covered in beautiful, and sometimes extremely clever, art. Here are just a few of my favorites (click on image to enlarge): 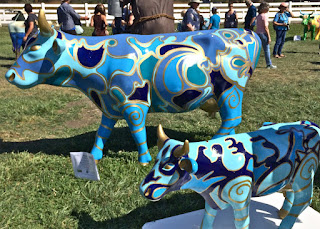 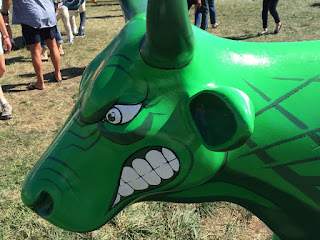 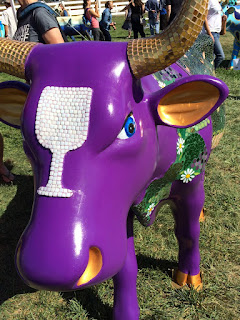 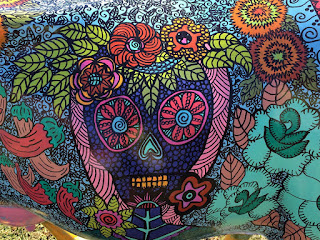 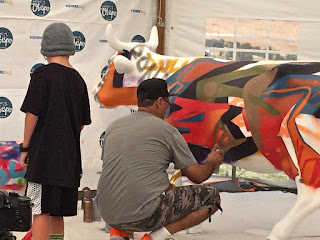 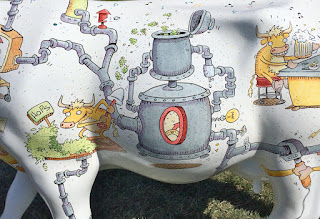 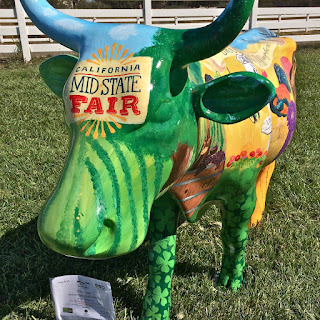 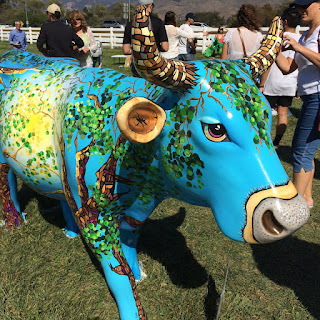 There were cows covered in foliage 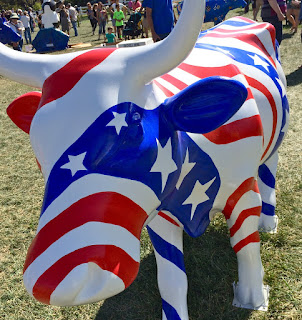 And there were patriotic cows 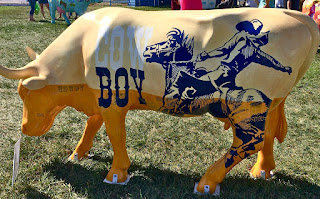 Cow-boy on one side 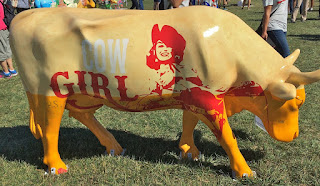 And cow-girl on the other 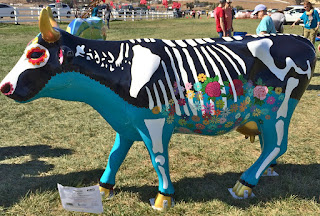 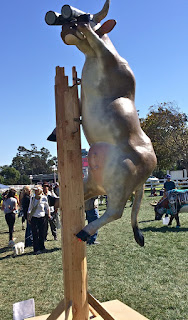 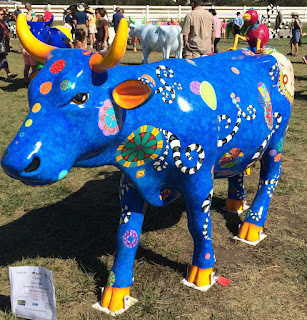 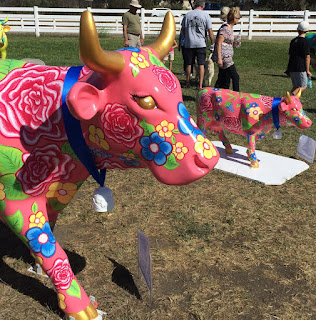 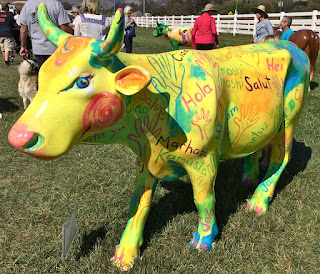 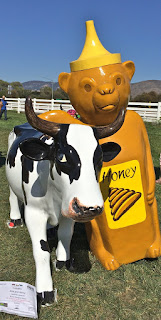 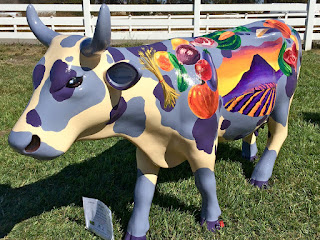 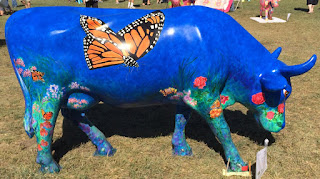 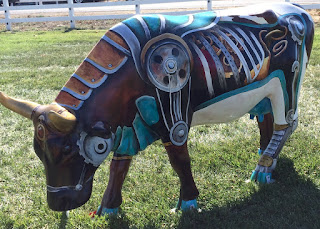 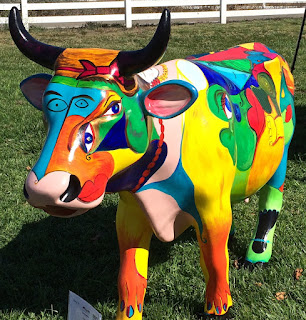 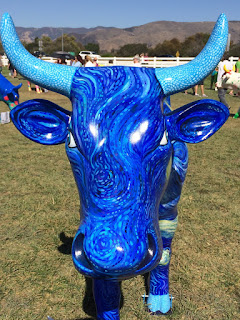 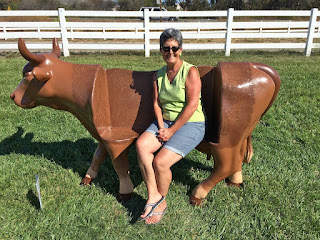