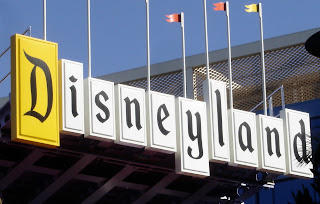 My sister, who lives north of Seattle, and her extended family are in Southern California for the holidays.  It's been wonderful having them so close for Christmas.  The most fun, though, was when 19 of us, including three toddlers, descended on Disneyland.  The last time I went to Anaheim with young ones was when my sister's kids were little. Now here I was with my niece and her two-year-old son!  Time certainly flies when you're not looking.

Since everyone lives out-of-state, we arrived when the park opened at 8AM and stayed almost till closing.  Tim and I wisely reserved a room that night at the recently renovated Disneyland Hotel.  And lucky, too, because my pedometer (I've been trying to maintain a daily 10,000 steps regimen) clocked over 24,000 steps—more than 13 miles that day! An even bigger surprise was when our room was upgraded to a suite on the eleventh floor of the hotel's Frontier building.  As you can see below, the view was absolutely phenomenal. 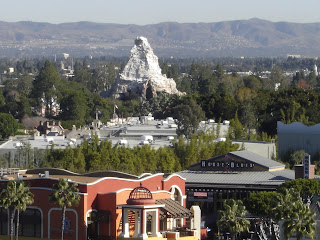 Matterhorn and Downtown Disney in the foreground 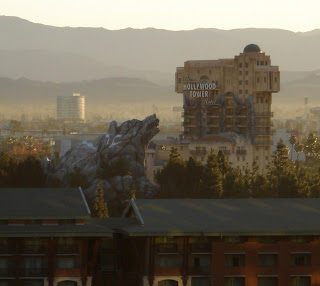 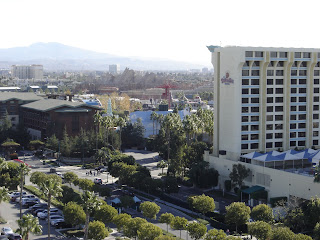 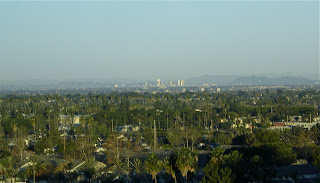 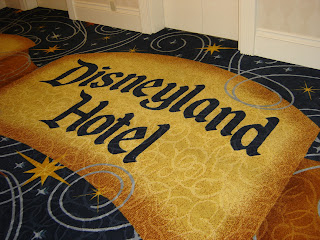 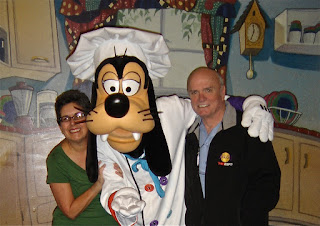 Merry Christmas!
Posted by Cyn at 6:59 PM No comments:

It's a Wonderful Life 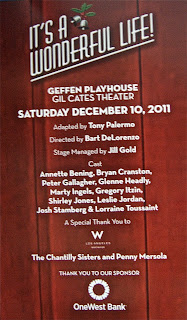 The Geffen Playhouse held a fun holiday-themed fundraiser last night: a live radio-reading of It’s a Wonderful Life, starring four-time Oscar-nominee Annette Bening.  Tim, Karen and I are big fans of Bening’s stage as well as film work, so bought tickets on her name alone; but were even more thrilled when the rest of the cast was announced: Peter Gallagher, Bryan Cranston, Glenne Headly, Marty Ingels, Gregory Itzin, Shirley Jones, Leslie Jordan, Josh Stamberg, and Lorraine Toussaint.  We also knew there was a good chance Annette’s husband Warren Beatty would be in the audience, making the event doubly exciting.

Tim and I are Geffen season ticket-holders this year, so I called the subscriber hotline to get tickets.  I scored third-row seats!  I called Karen with the good news.

“Maybe we’ll sit next to Warren!” I exclaimed.

The play started at 8PM, but an email from the Geffen encouraged us to arrive early to celebrate the holidays.  Sure enough, 1940s carolers were singing in the lobby when we arrived, as people chatted and milled around.  Tim headed straight for the bar.  A woman walked by holding a plate piled high with cookies.

“They’re serving Christmas cookies!” I whispered to Karen before heading off to the right.  There I found a table displaying an assortment of baked goods, including cookies that we could decorate with four types of frosting.  We had, of course, eaten dinner before leaving for the theater, but that didn’t stop us from loading up.  Everyone else had the same idea, because soon the table was mobbed.  We stepped aside and watched as the locusts descended.  We were also on alert for celebrity sightings.

I knew that Warren Beatty would appear as soon as I went to the restroom and, indeed, the first thing Tim said, when I returned, was, “You just missed Warren Beatty!”

“WHAT!!?” I asked incredulously.

“He was standing two feet away,” Tim insisted.  A woman standing next to us confirmed.

“You and my husband,” she said, shaking her head.  Her husband was also in the bathroom.

“Did Karen see him?” I then asked.

I broke the news to her when she returned and then sent Tim off to find Mr. Beatty.  He came back a few minutes later.

“Warren’s on the other side of the lobby!”

The ten-minute warning lights were flashing as people started pouring into the theater.  Luckily, Warren Beatty is tall, so we could see him above the crowd.  He looked exactly as he looked the last two times I’d seen him: handsome.  We could now find our seats.

We never did see where Warren Beatty sat, but our seats were very good.  Since the play was a live radio-reading, five old-style microphones were setup at the foot of the stage.  The sound effects station was to the left.  Small bistro tables and chairs were arranged in the center for the actors to sit when they weren’t delivering lines.  The rest of the stage was tastefully decorated with huge one-dimensional Christmas trees.  The actors strolled out one-by-one and quietly took their seats while the audience continued to pour in.  At one point, Bryan Cranston walked to the front of the stage, looked at everybody and thoughtfully said, “What a good-looking crowd,” then sat back down.

Like everyone else, we are completely familiar with the 1946 Jimmy Stewart movie It’s a Wonderful Life and so tried to guess, beforehand, who was going to play which role.  We had even speculated that Annette Bening would play a female version of George Bailey, but then abandoned that idea when we saw the lineup of male actors.  Annette ended up playing Mary to Peter Gallagher’s George.  Leslie Jordan was Clarence and everyone else played all the other characters.  There was no intermission, but the acts were broken-up by vintage-sounding radio commercials read by the various actors.

The show was terrific—great performances and it was lots of fun watching the foley artist creating dozens of different sound effects.  We were hoping for more cookies on the way out, but the table was gone.  So instead we left humming “Auld Lang Syne” and looking forward to Christmas with our families.
Posted by Cyn at 9:58 AM No comments: