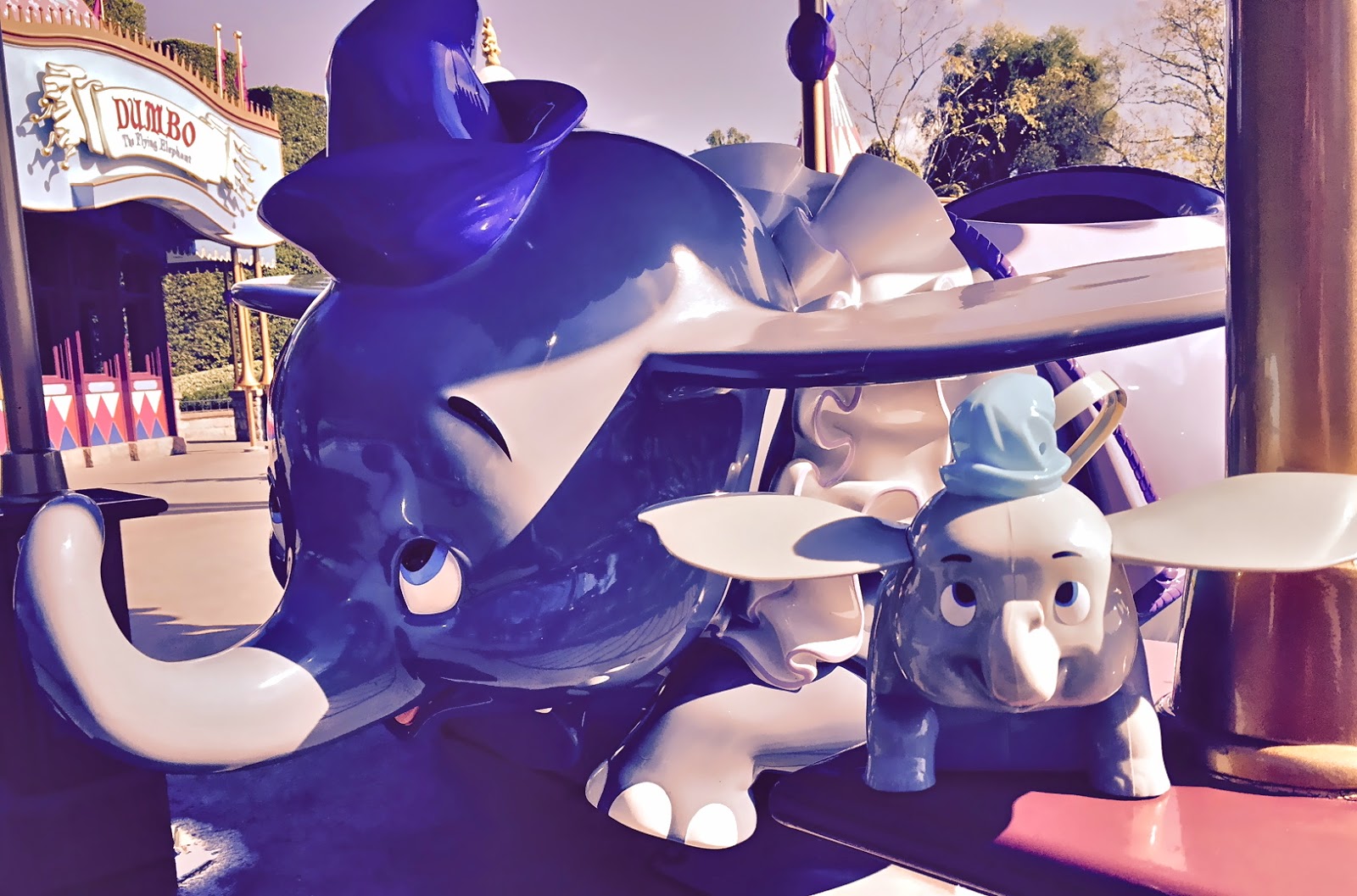 Like I've written here before, the Dumbo ride at Disneyland holds a special place in my sister Vicki's and my hearts. No wonder then that my ears perked up when a woman we met, while waiting for the Christmas candlelight procession to start at Disneyland, said she had spent the day trying to track down a Dumbo popcorn container at the various popcorn stands in the park. She showed me a photo and I was immediately hooked. There was the most adorable Dumbo I had ever seen! I had to get one for my sister for Christmas. So as soon as the candlelight ceremony ended, I dragged Tim from popcorn stand to popcorn stand in search of Dumbo. This being December, the cast members all said they had to sell the Mickey Christmas containers before they could offer Dumbo. Disappointed, I eventually gave up and forgot all about Dumbo.

That is, until a couple of weeks ago, when we decided to stop by the park for a few hours and I suddenly had a crave for popcorn. And there was Dumbo in all his little glory! I bought one, ate all the popcorn inside, and then walked around the park with him hanging from my arm. Several people stopped to ask if he was a purse or lunchbox. Everyone thought he was adorable. When we got home, I washed out the popcorn smell and mailed him to my sister. But first, Tim and I did a quick photo shoot at the Dumbo ride, sort of in the spirit of one of my favorite books, Barbie Loves L.A. How cute is Dumbo? 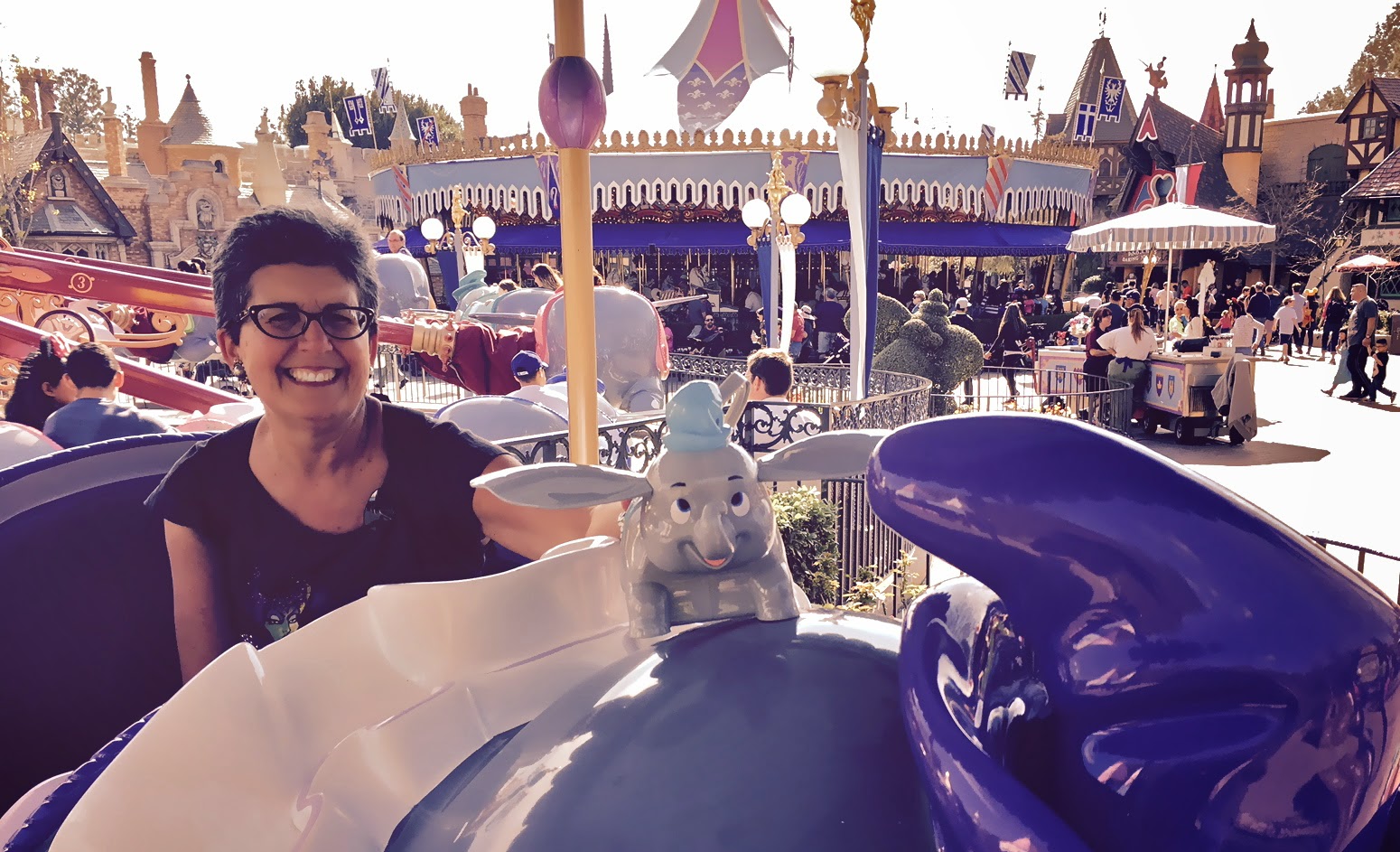 Me and little Dumbo 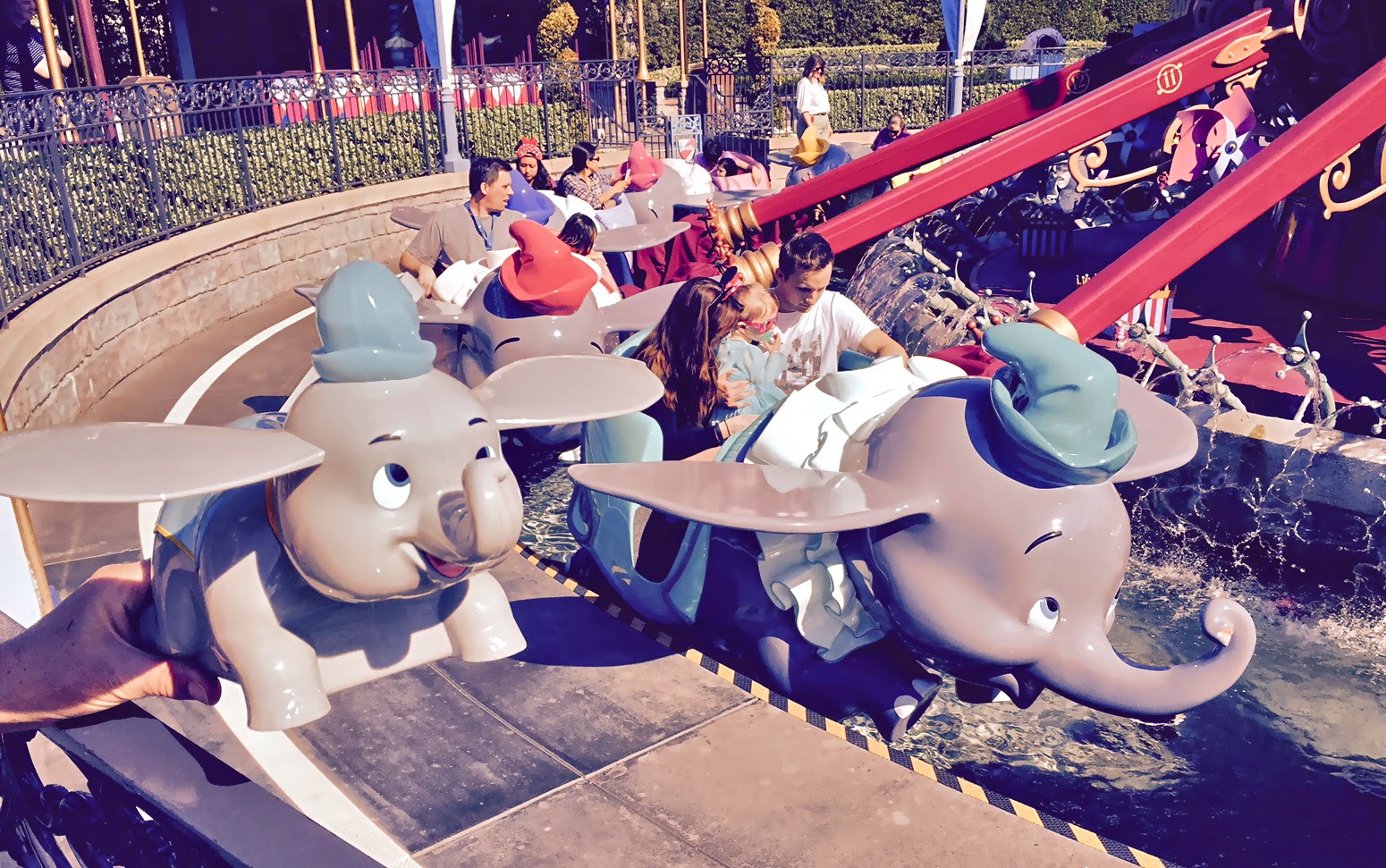 Little Dumbo flying with his brothers
Posted by Cyn at 10:54 PM No comments: