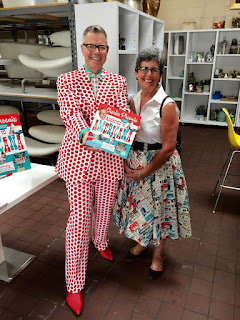 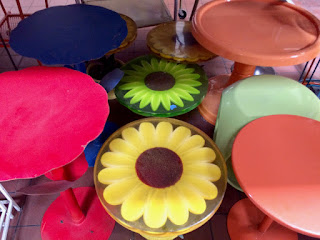 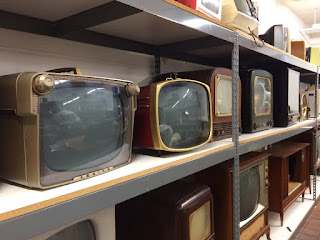 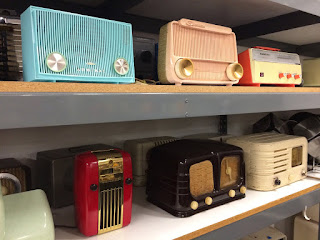 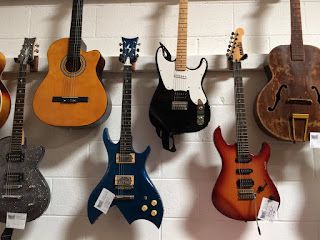 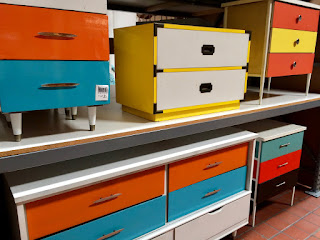 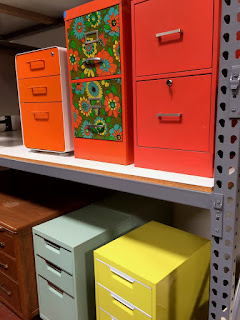 What every office needs 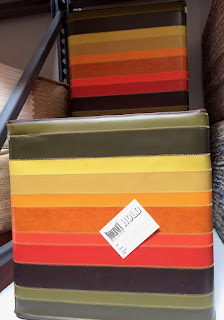 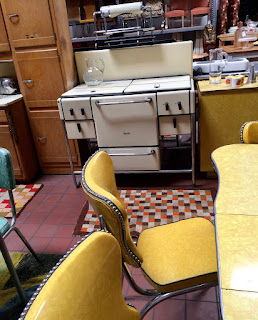 My kind of kitchen 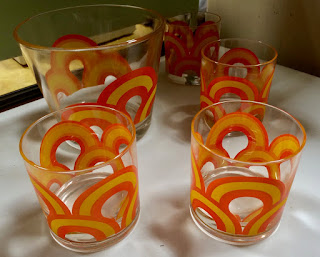 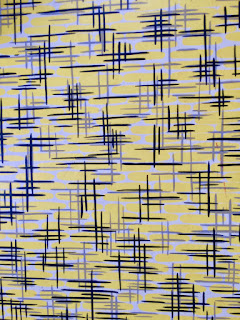 Formica tabletop design—can I please have a dress
in this pattern? 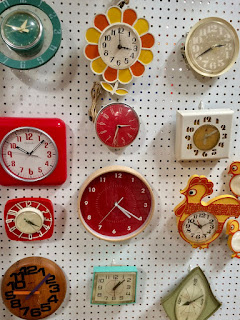 So many wonderful kitchen clocks, so little room 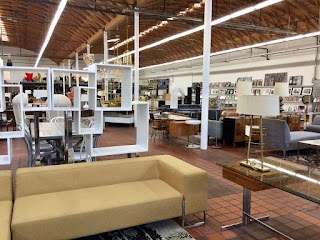 Just one of many showrooms 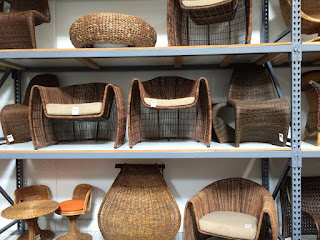 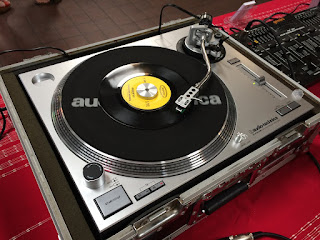 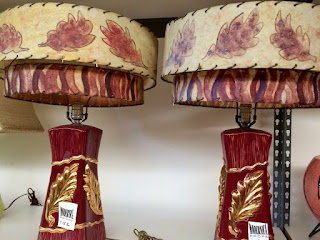 Glorious lamps galore
Posted by Cyn at 6:18 AM No comments:

As native Angelenos, we've been to Olvera Street and the surrounding El Pueblo many times. But we had never taken a formal tour and so were thrilled when the L.A. Historical Society offered a free member tour on a Thursday morning, two weeks ago. Oh, the joys of retirement!

Although officially developed by European settlers in 1781, the city of Los Angeles didn't truly take root until the the first decades of the 19th century. The oldest building in El Pueblo—and the oldest church in the city—is the Plaza Church. Constructed in 1818, it remains one of the most active Catholic parish churches in the western U.S. 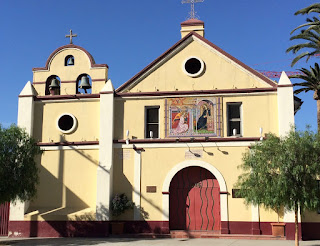 Other important buildings in El Pueblo include: the 1869 Pico House, the first modern hotel built in Southern California; the Old Plaza Firehouse, now a museum; the 1883 Plaza House; and the five-story Brunswig Building, which was the tallest retail/residential space in L.A. when it was built in 1888. 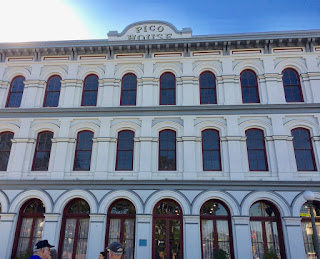 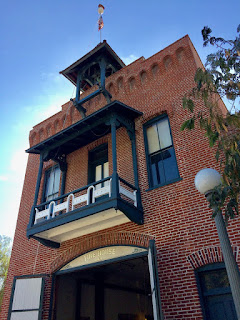 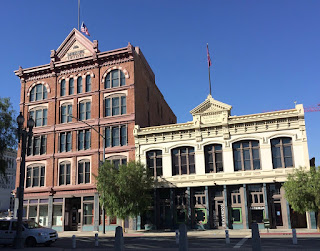 Perhaps the most notable—and certainly most well-used—part of El Pueblo is the Plaza itself, which served for many years as the center of Los Angeles. Quite lively, especially on weekends, residents as well as tourists gather there for events year-round. 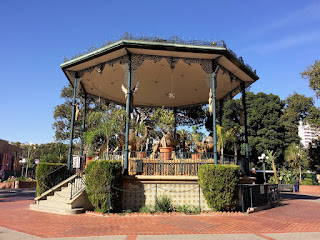 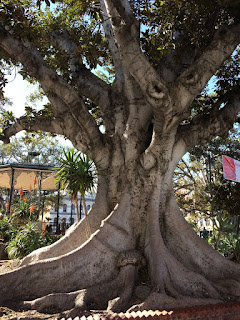 One of four Morton fig trees that ring the Plaza

The Plaza is located a few blocks north of City Hall and directly south of Olvera Street, a block-long Mexican marketplace that was created in the 1920s as a tourist attraction. Olvera Street is also home to L.A.'s oldest residence, the Avila Adobe, built in 1818 for one of the area's first mayors. 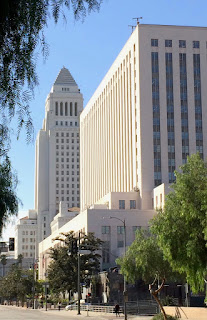 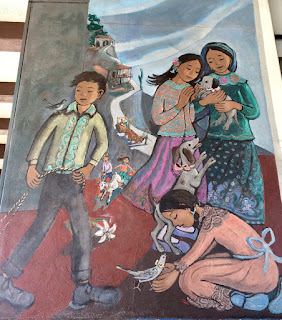 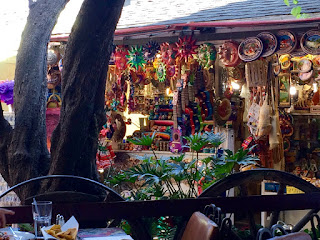 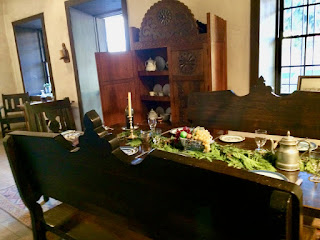 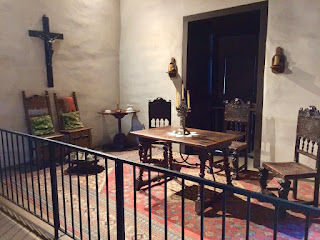 We had taken the train from Culver City and so ended our day back at the glorious Union Station, one of our favorite buildings in downtown L.A. Built in 1939, it is still the hub of all local transportation and a true architectural icon of Los Angeles. 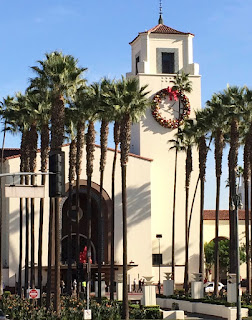 Union Station, dressed up for the holidays 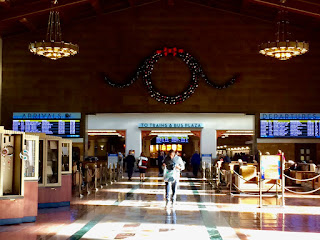 The grand waiting room
Posted by Cyn at 7:00 PM No comments: