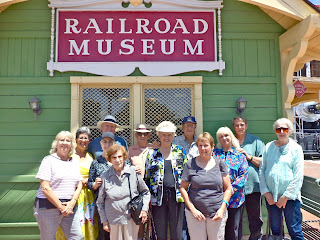 As I have no doubt mentioned before on this blog, Tim and I belong to an antiques/collectibles club that's chaired by our best friend Karen. The club meets 10 months a year, then takes a summer field trip. This year's field trip was to the Lomita Railroad Museum, about 30 minutes south of Culver City.

Located, oddly enough, in the middle of an old residential area, the museum was started by Irene Lewis, who owned the Little Engines of Lomita, which manufactured miniature live-steam locomotives in the mid-20th-century. (Walt Disney reportedly owned several Little Engines and was a friend of the Lewises.) When her husband died, Mrs. Lewis had the museum built as a memorial in his name and then gave it to the city of Lomita in 1966. The museum is small but nonetheless fascinating, with its depot (modeled after a Victorian-style station in Wakefield, Mass.), water tower and steam engine. The museum also has not one, but two cabooses! It's a great place to spend a pleasant Saturday afternoon. 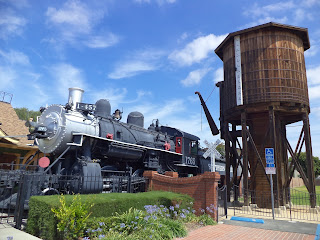 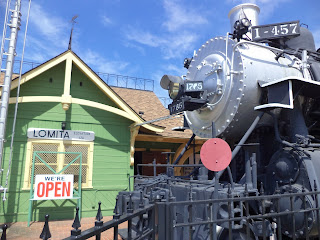 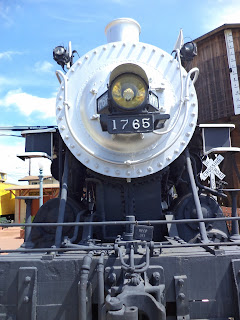 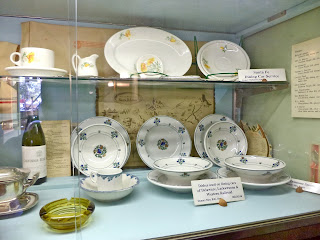 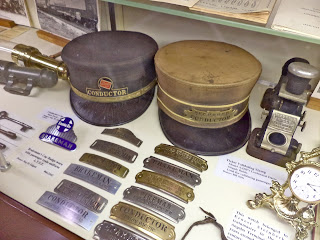 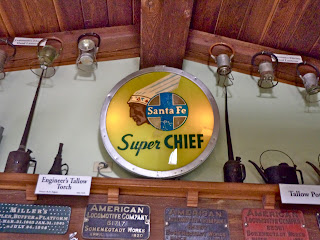 Railroad lamps and such 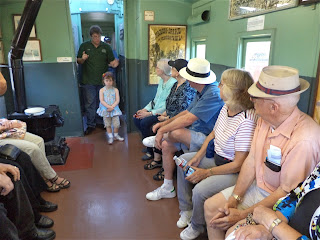 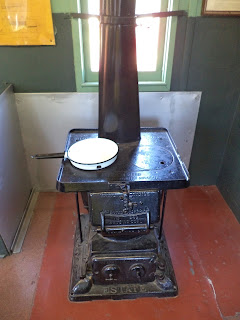 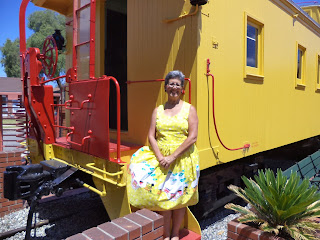 Wearing my Mary Blair "trains" dress outside the yellow caboose

Crowds gathering before the team arrives

Though not as emotional as the historic victory in 1999, the U.S. women's World Cup win over Japan last Sunday was no less a thrill. By the time we arrived home from the Central Coast—just ten minutes after the game began—the U.S. had already scored 2 points and went on to trample Japan 5-2. The win certainly made-up for a heart-breaking loss four years ago.

Women athletes apparently don't deserve ticker-tape parades. But there was a big celebration at L.A. Live earlier this week. Tim took these shots from the balcony of ESPN's TV studios. We are the champions, indeed! 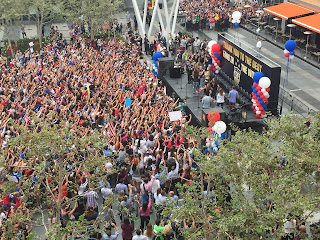 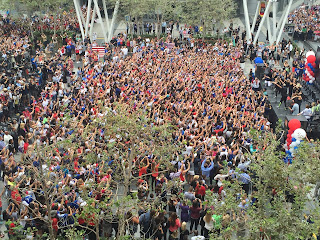 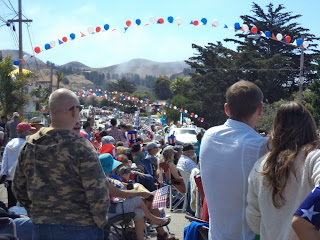 The crowds in Cayucos

Normally, the most patriotic thing we do for July 4th is eat barbecue and watch the Culver City fireworks. This year, however, our friends Candi and Alan invited us to join them for the annual festivities in Cayucos, one of our favorite small beach towns on the Central Coast. Located north of Morro Bay, Cayucos is home to about 2500 people. But on the 4th of July, the population swells at least tenfold as folks flood in from miles around to see the town's parade, compete in a sand sculpture contest, shop at a peddler's faire, watch fireworks, and, of course, eat barbecue. 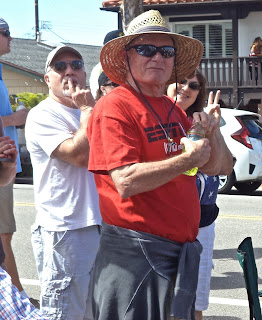 Alan, Tim and Candi scoping out a spot
to watch the parade

We arrived after the parade had already begun and so (literally) had to park more than a mile away and walk in. The parade was great: plenty of local businesses, car clubs, and homemade floats. There were 66 participants—slightly smaller than the world-famous Pasadena Rose Parade, but a lot less spectacular! Plus the route in Cayucos is only about three blocks long. Finding the best place to watch the parade is apparently a big deal in Cayucos, because there were signs all over the place warning residents not to save spots before July 3. 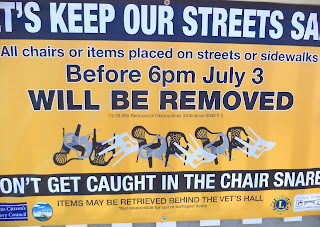 "All chairs or items placed on streets or sidewalks
before 6PM, July 3, will be removed" 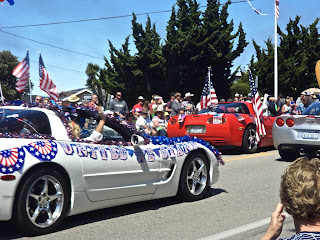 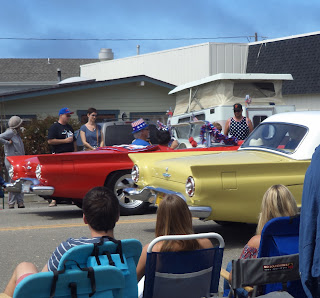 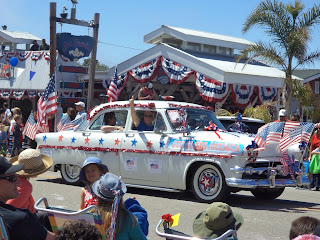 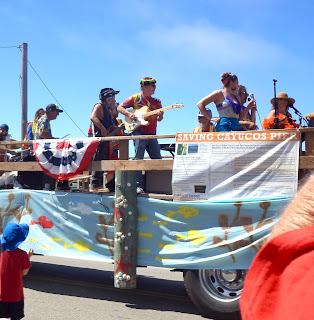 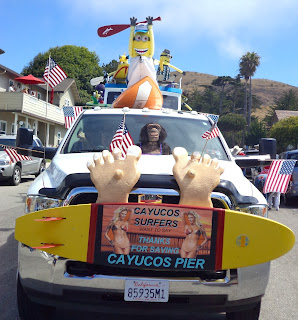 And homemade floats
We enjoyed the parade, saw the sand sculptures, shopped at the peddler's faire, and ate, but didn't want to hang around for eight hours, waiting for the fireworks. So we dragged ourselves back to the car and headed to our friends' home. It was an exhausting but wonderful day. 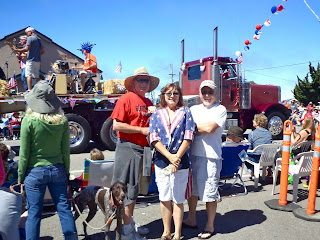 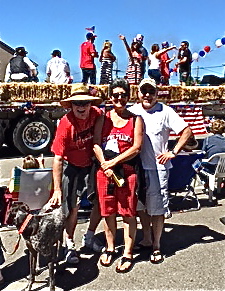 The guys and me 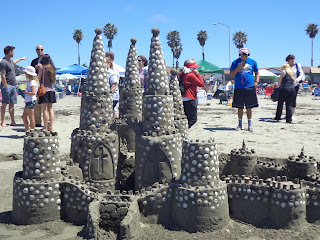 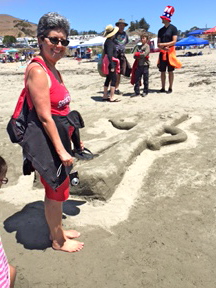 Happy Independence Day, y'all!
Posted by Cyn at 7:54 PM No comments: