Journey of a Dress

I've never been a big fan of the wrap dress—far too much fabric over my decidedly fleshy Mediterranean hips. But I do love fashion, especially from the mid-20th century to the early 1970s, so, of course, I wanted to see the Diane Von Furstenberg (DVF) exhibit at the former Wilshire May Co. building. My friend Karen L. and I went today before "Journey of a Dress" closes later this week. 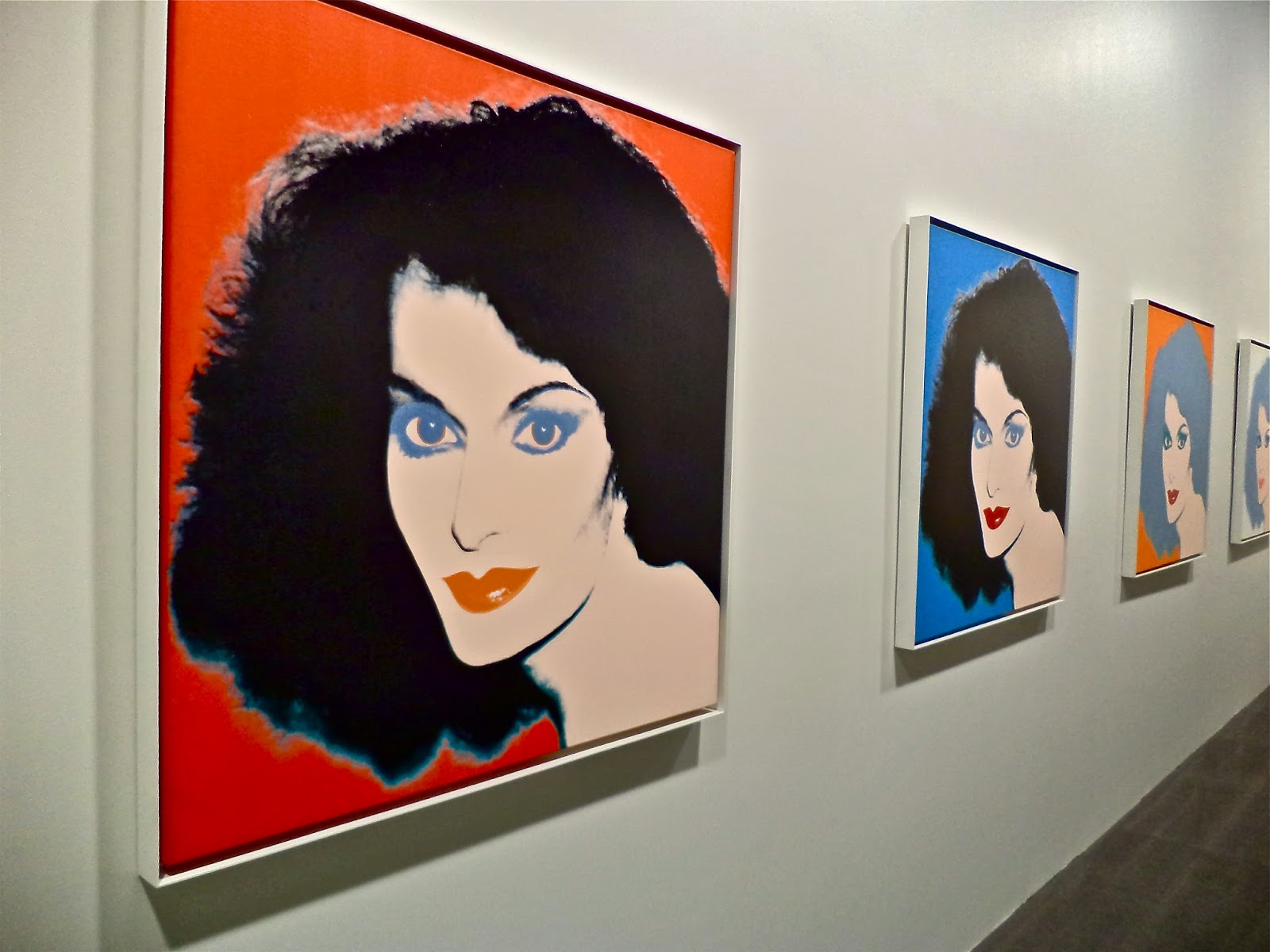 A wall of Andy Warhols

DVF's timeless wrap dress, which she designed 40 years ago, is still being worn today. As the brief bio accompanying the exhibit says, the dress "went straight from the office out to dinner" and, in the spirit of the women's liberation, could be removed in less than two minutes, because there was no zipper or "hard-to-reach hooks and eyes." 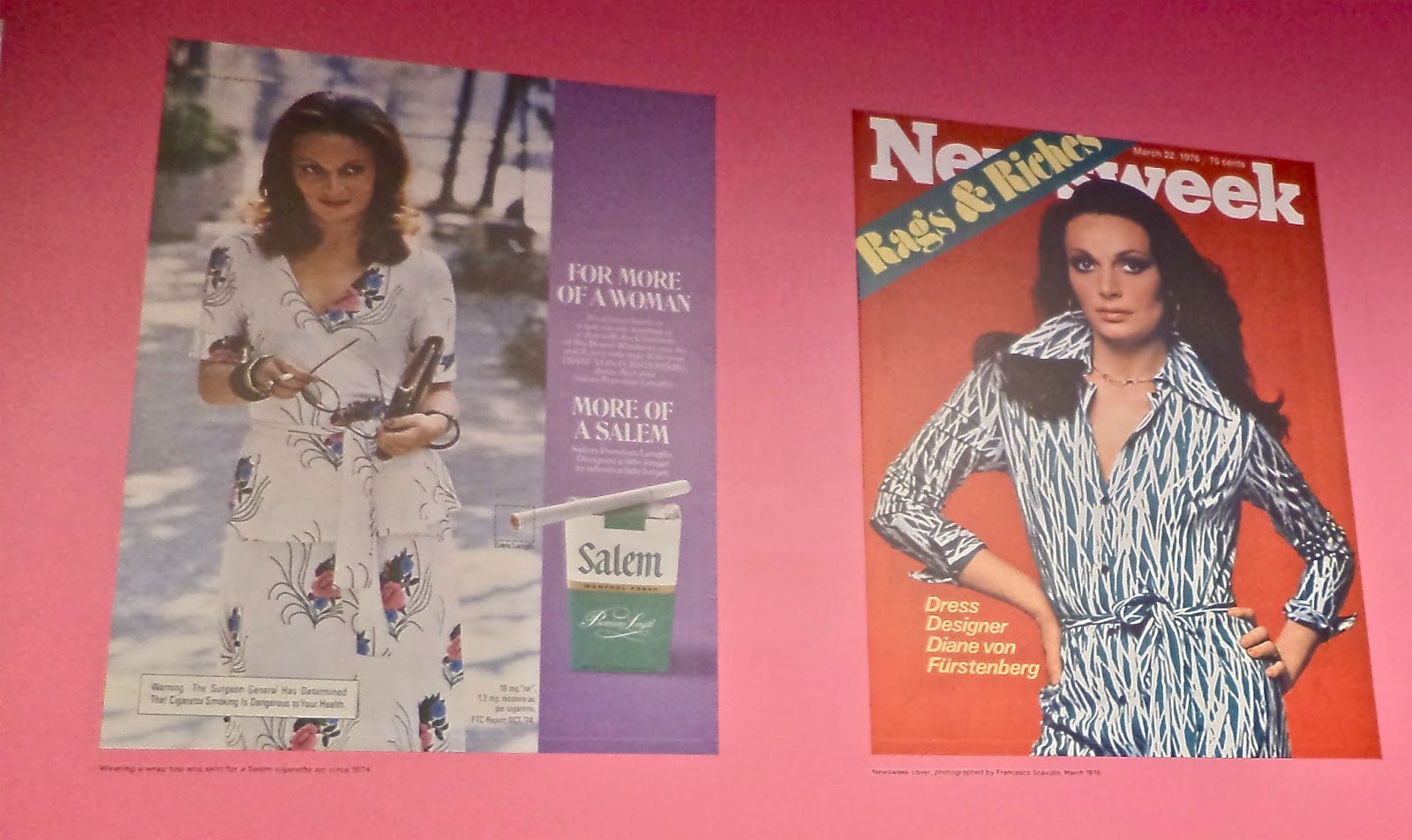 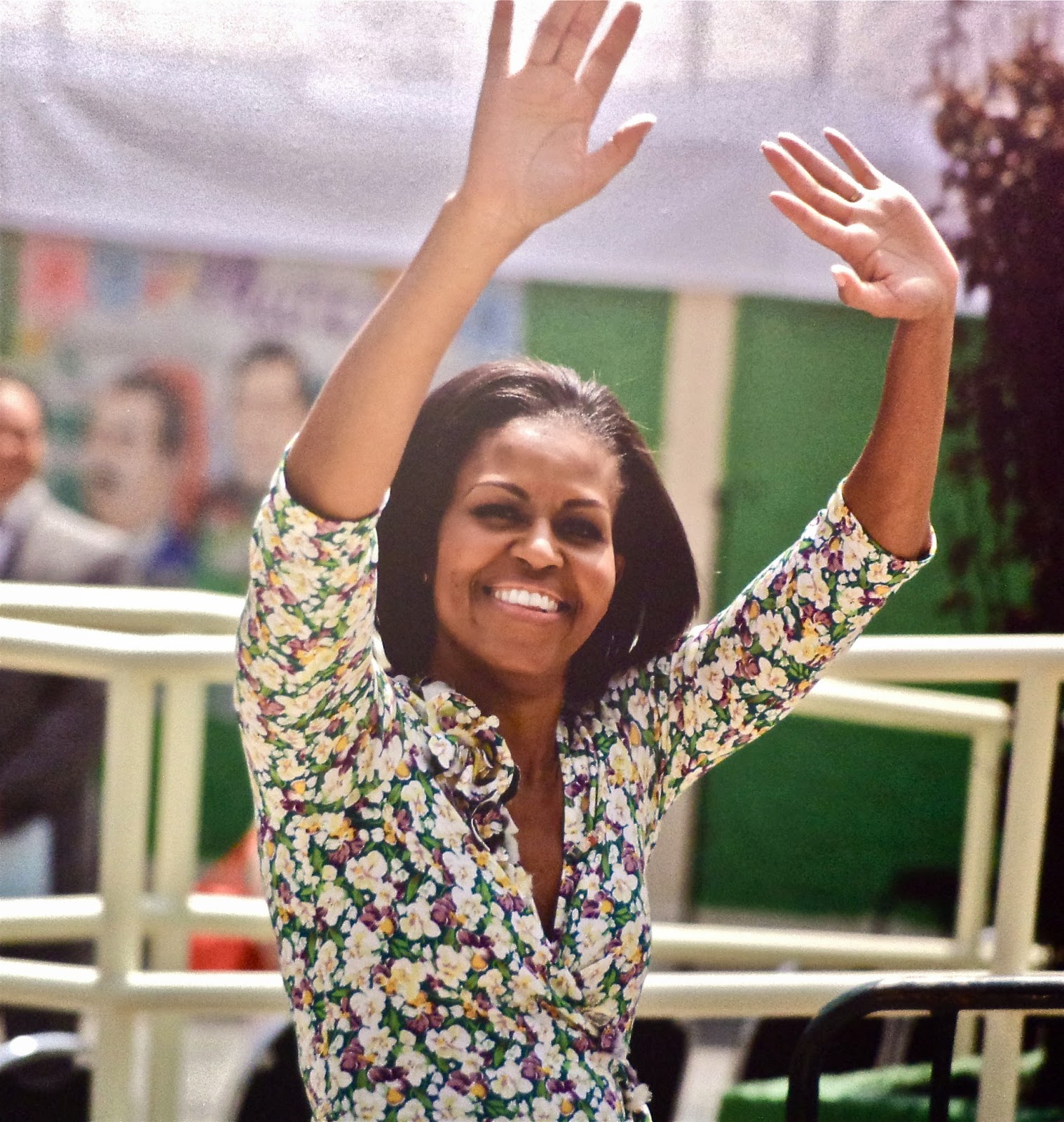 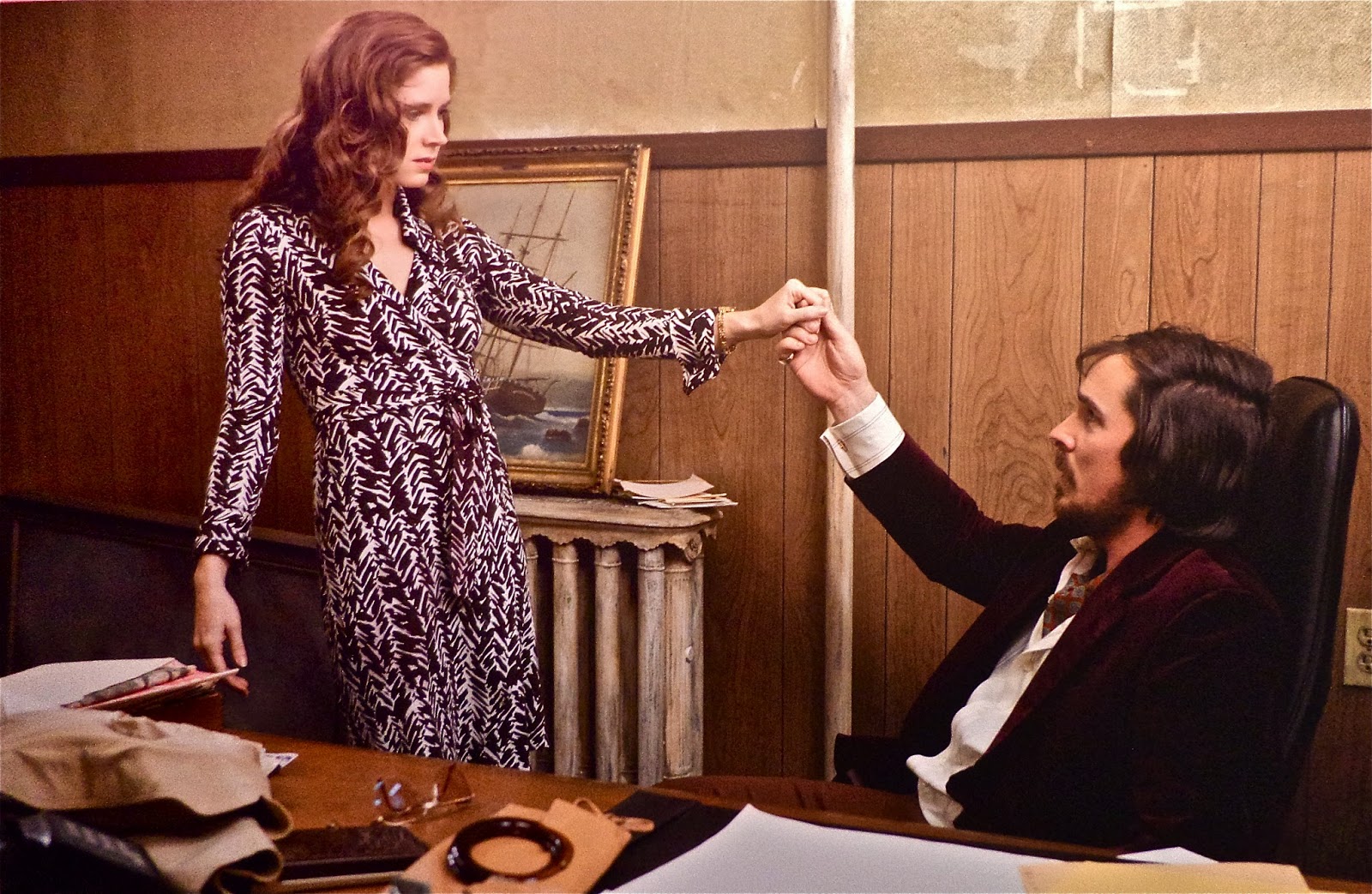 The exhibit starts with walls of photos of famous women wearing various incarnations of the wrap dress, before opening into a grand gallery, featuring hundreds of barefoot mannequins. Who knew there were so many versions of Von Furstenberg's simple little dress? Enjoy! 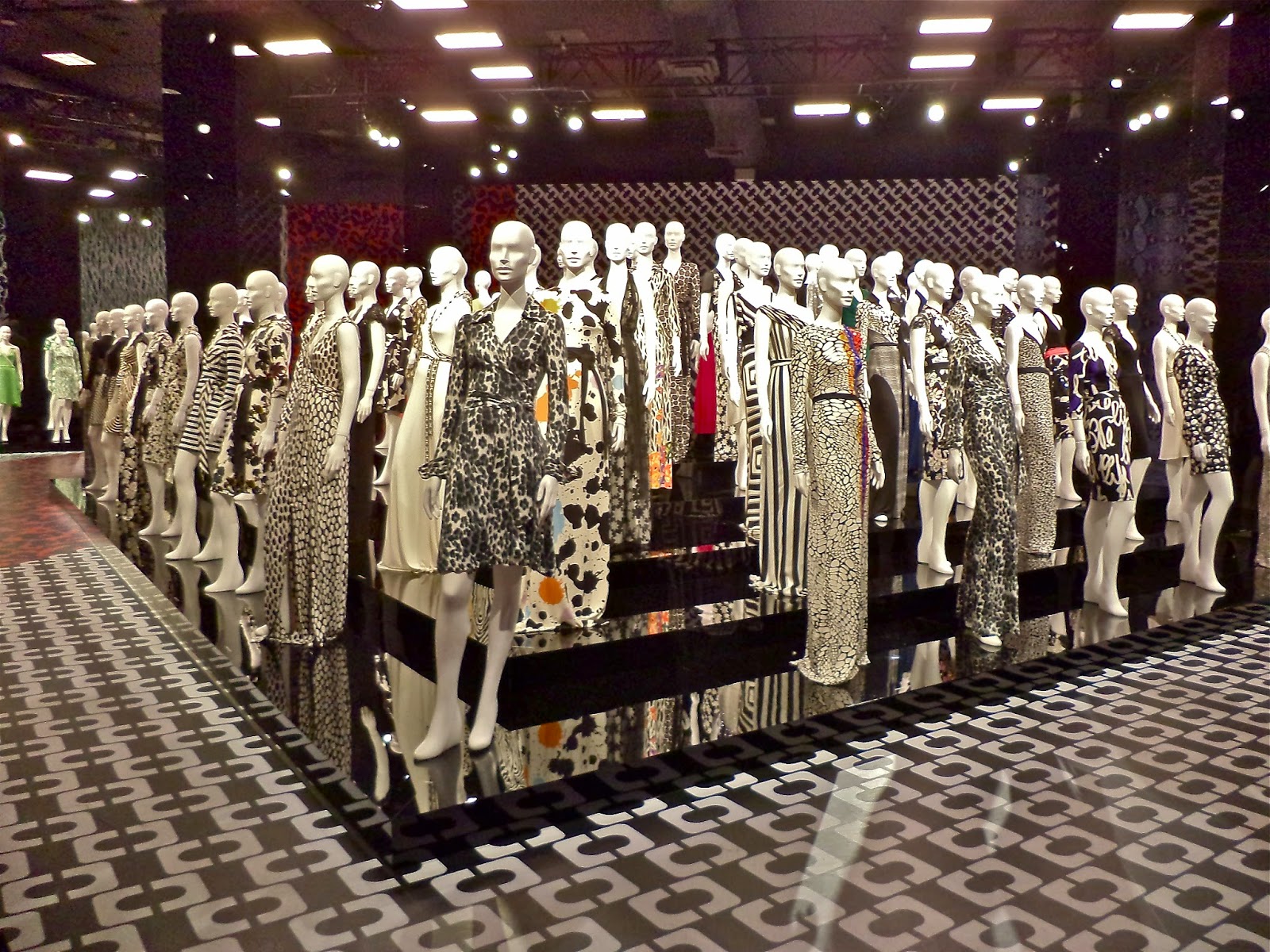 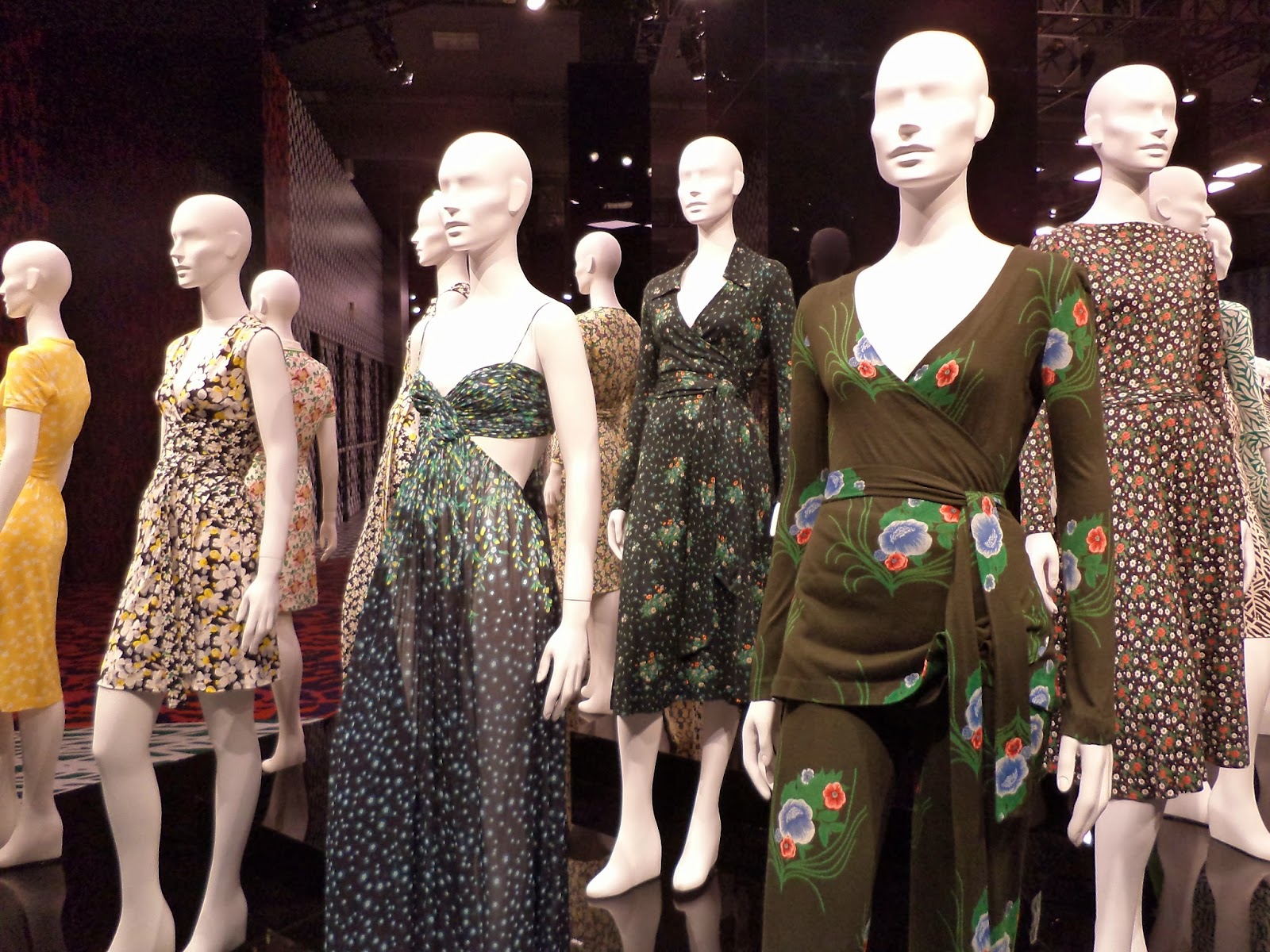 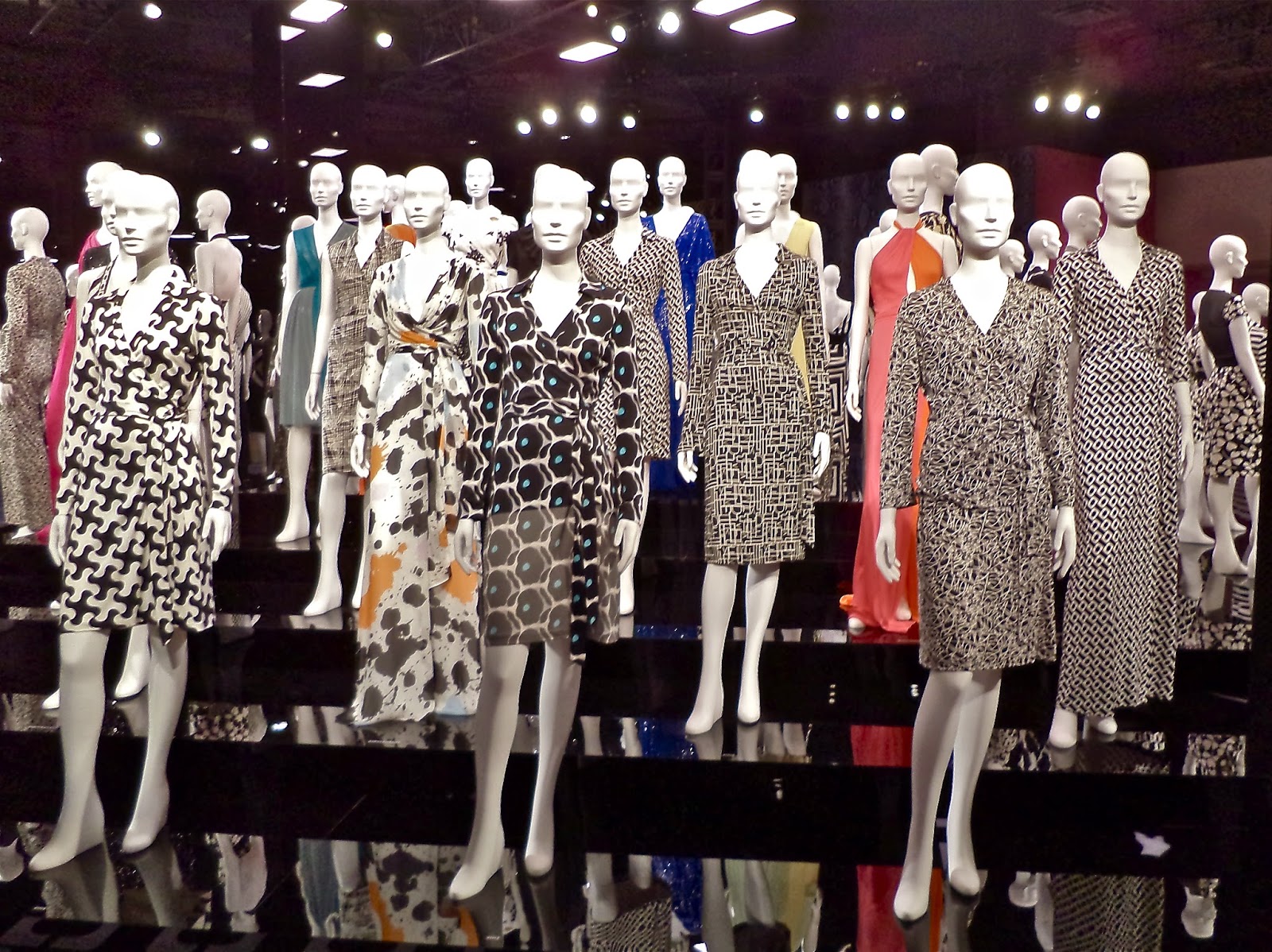 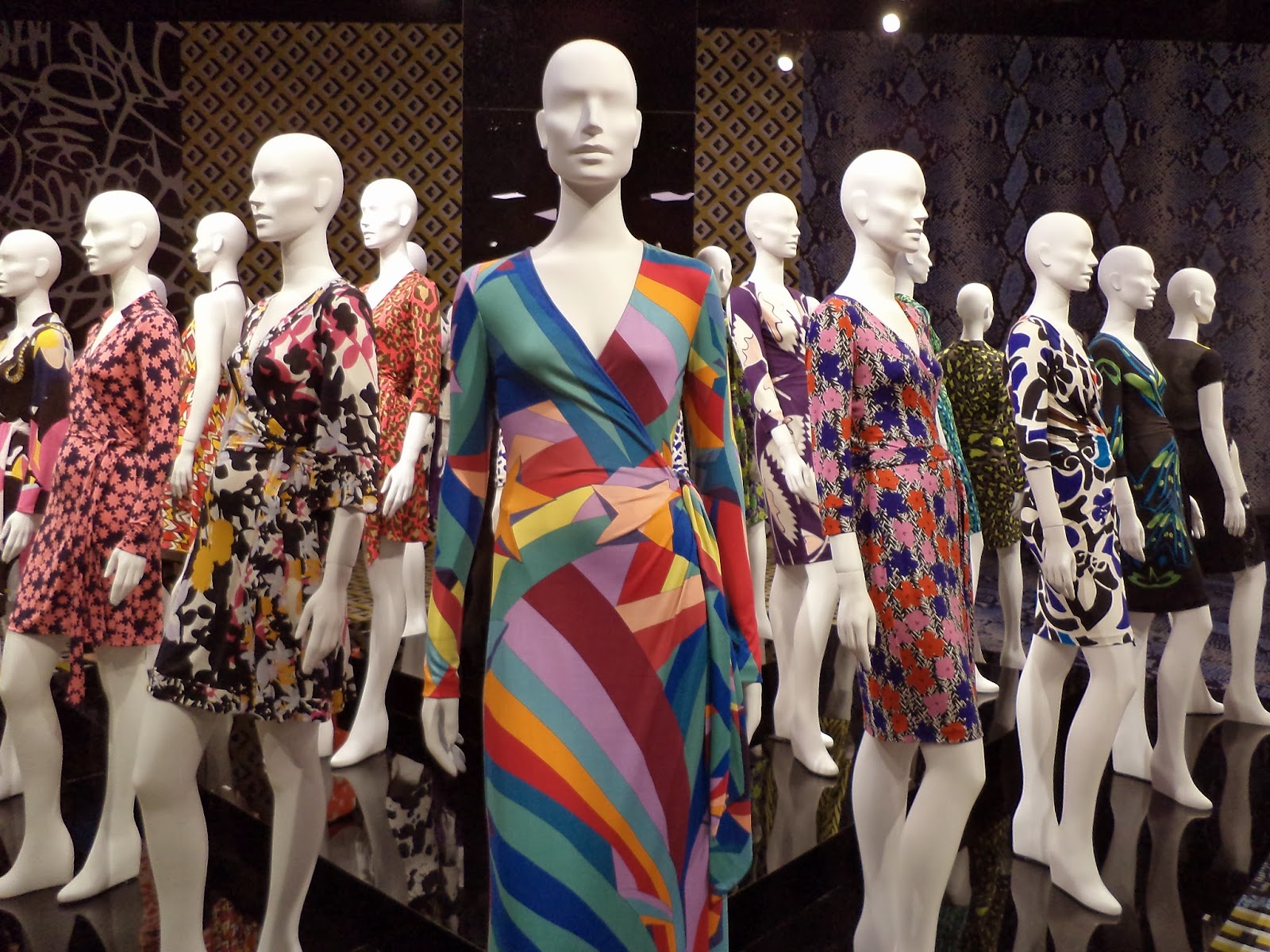 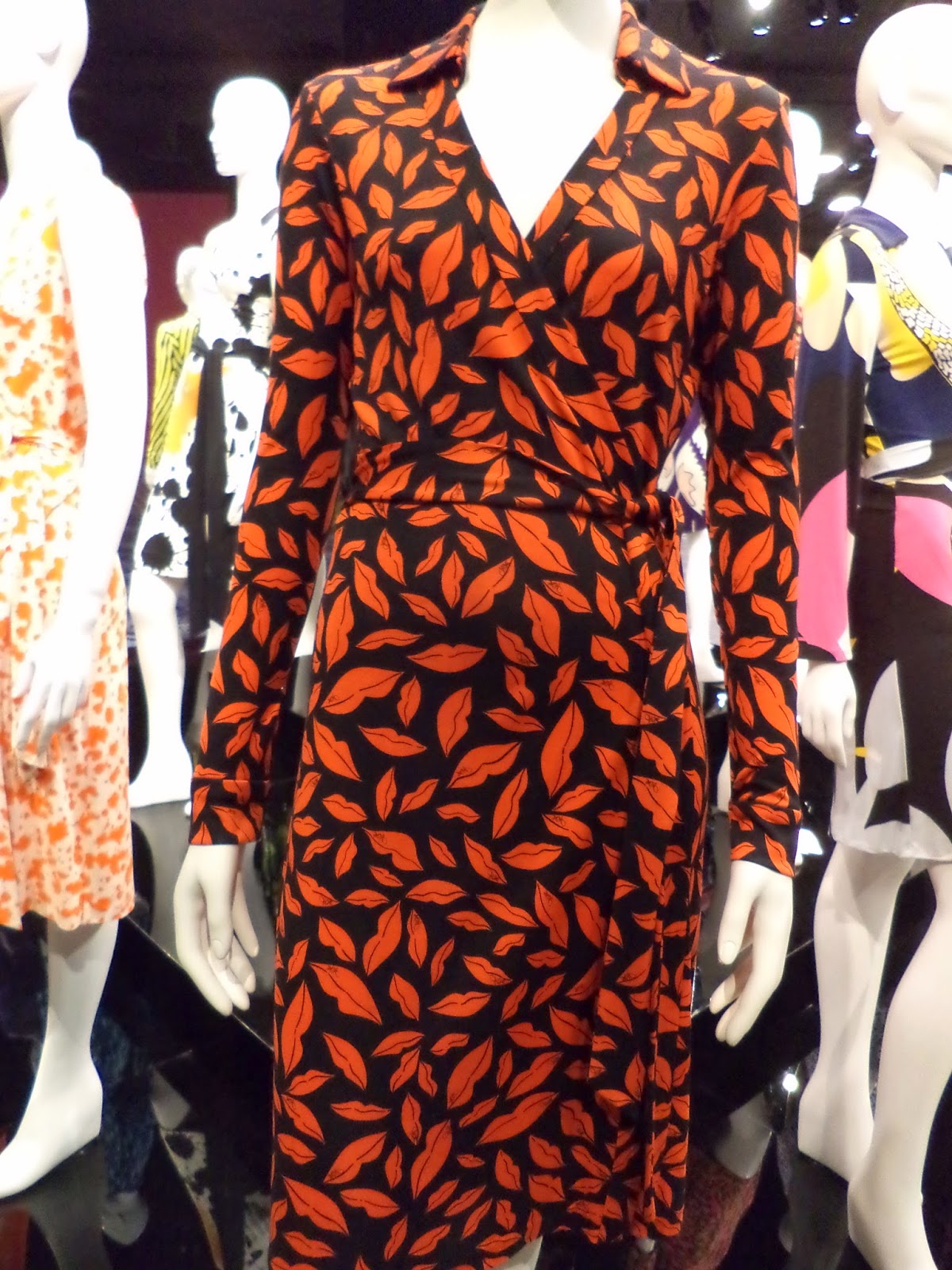 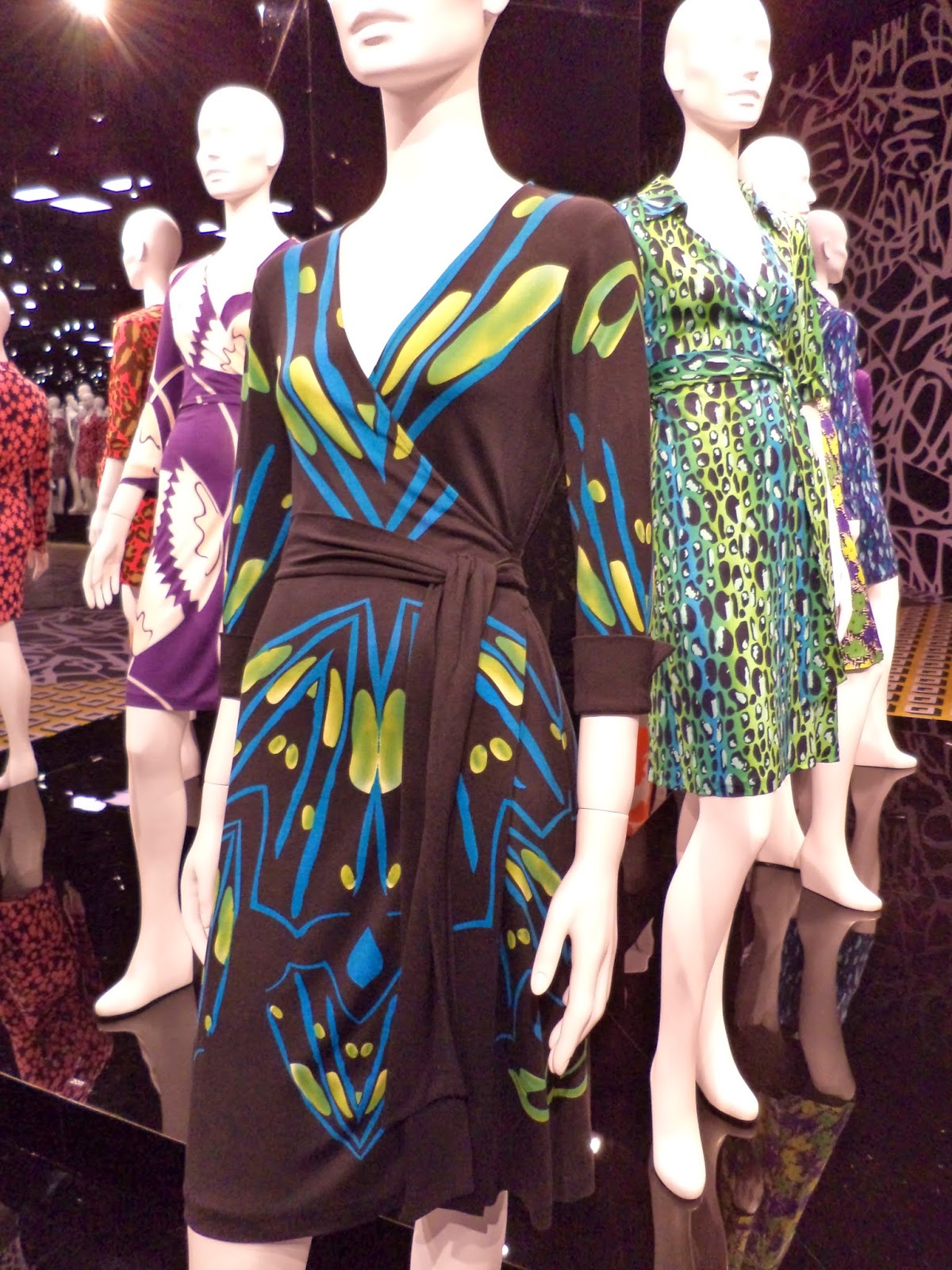 Our favorite dress: front
and
back 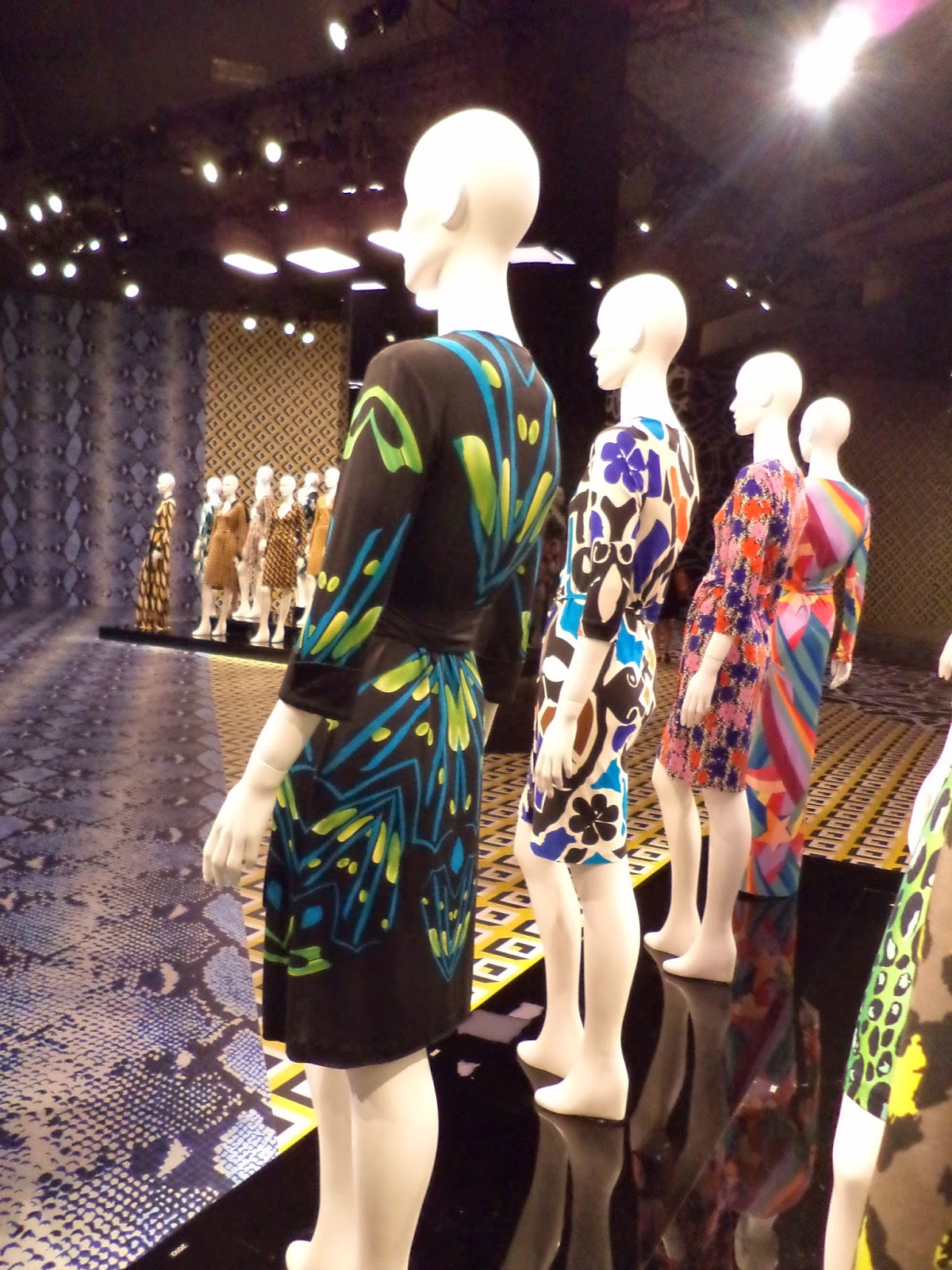 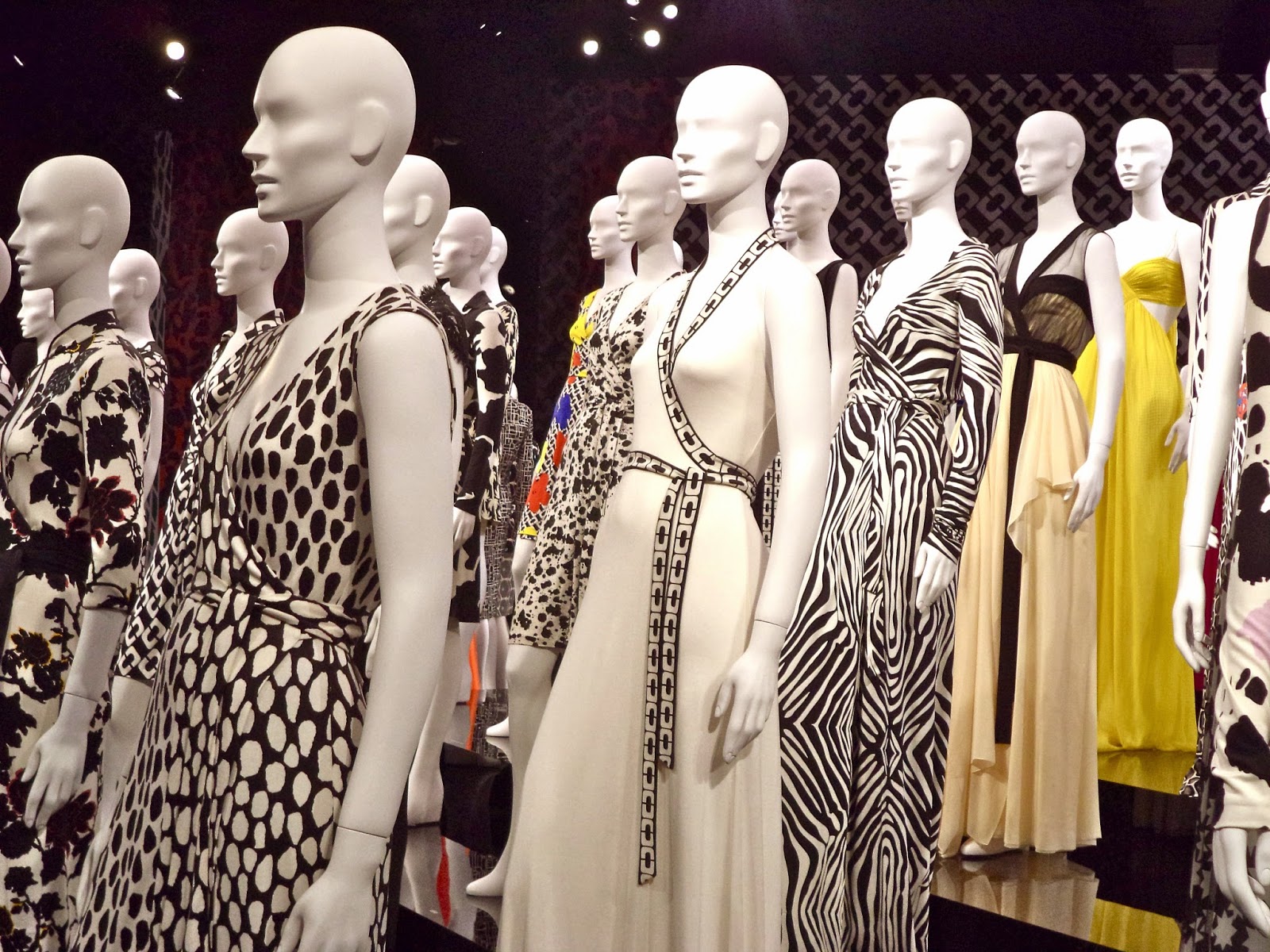 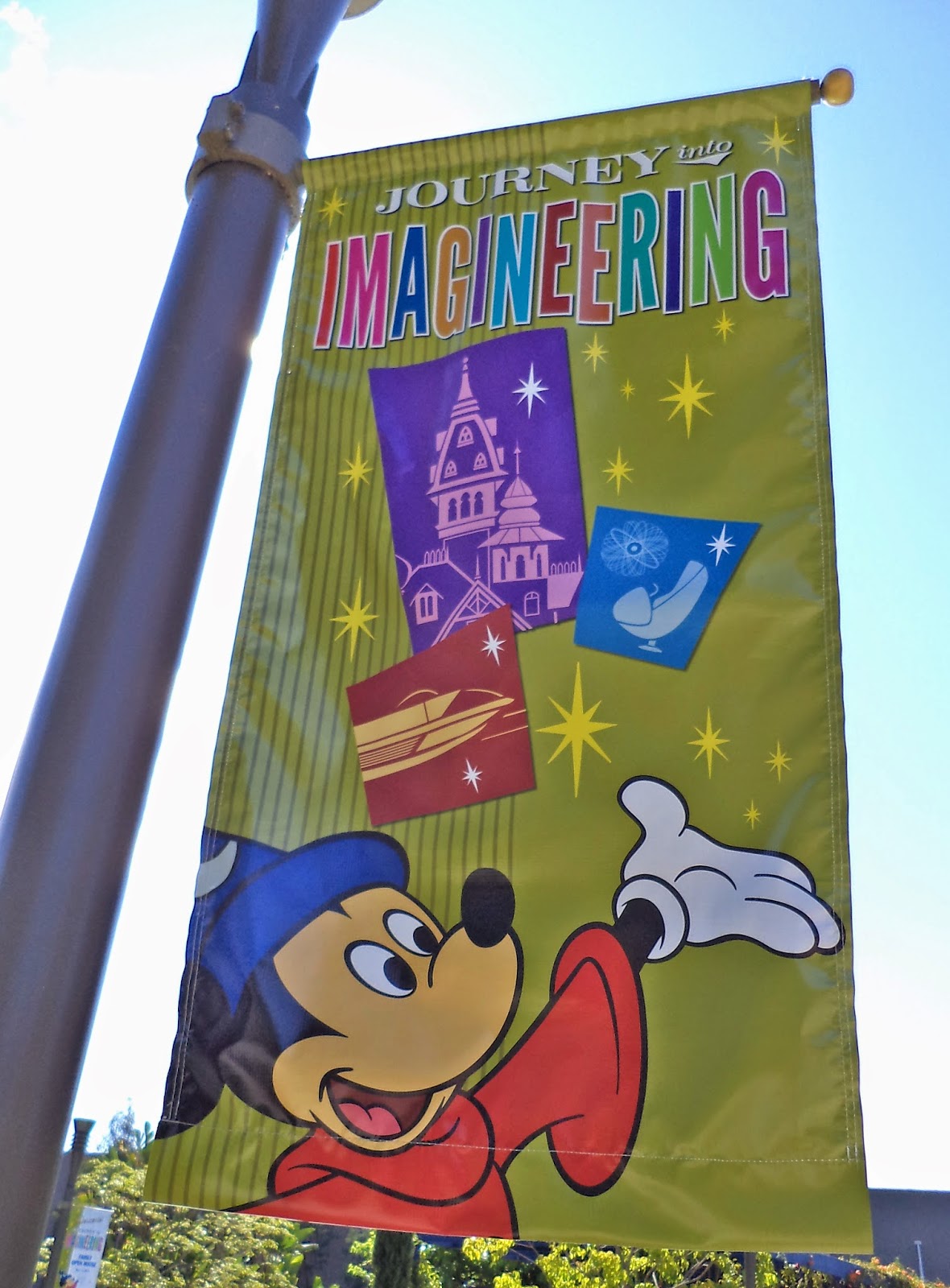 One of the perks of D23 membership is being invited to shop—every three months or so—at Mickey’s of Glendale, the exclusive company store on the Disney Imagineering campus. Some Disney merchandise is unique to just this store and anything with the Imagineering logo is especially coveted. We had never been to Imagineering, so decided to take advantage of the opportunity yesterday.

The store opened at 8AM. We arrived after 9AM—surely most of the shoppers would be gone by then? Wrong! After finding a parking spot on the street, we walked in through a small security gate, where we were each given a numbered wristband and told we’d have to wait at least an hour-and-a-half to get into the store. We were expecting a long line. Instead, about a hundred people sat around on colorful patio furniture just inside the gate, while Radio Disney blasted from a nearby speaker. Books filled with thousands of Disney pins were spread across several of the tables as pin-trading is apparently a big part of these events. We learned later that collectors aren’t allowed to sell their wares on Disney property, but trading is highly encouraged. In fact, in two weeks the campus is reopening for a huge pin-trading event, which is expected to draw hundreds of collectors. 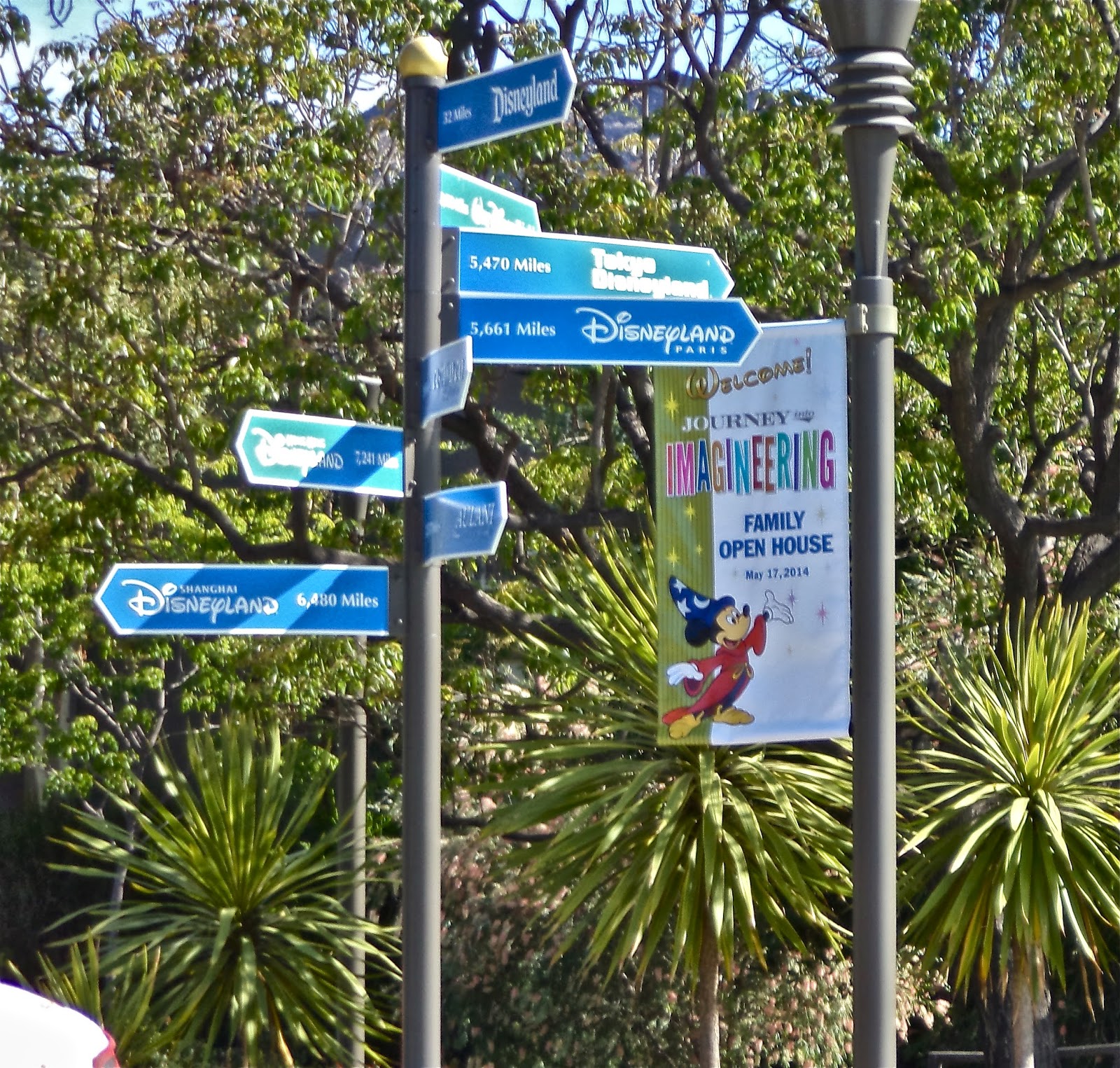 Mileage post, with distance to every Disney theme park
(32 miles from Glendale to the original Disneyland)

We do not do pins, but we are all about the Disney creative process and so were most excited to be inside the sanctum sanctorum of Imagineering, where Disney entertainment venues (e.g., theme park rides, cruise ships, resorts, and even retail stores) are first envisioned and then designed. Though we were restricted to just a small portion of the campus, the area we did see was lush with gardens and Disney artifacts. I was especially thrilled to see an old PeopleMover car, sort of parked to the side of one of the courtyards, and former skybucket tucked behind it. Can you imagine working where pieces of iconic Disneyland rides are just lying around? 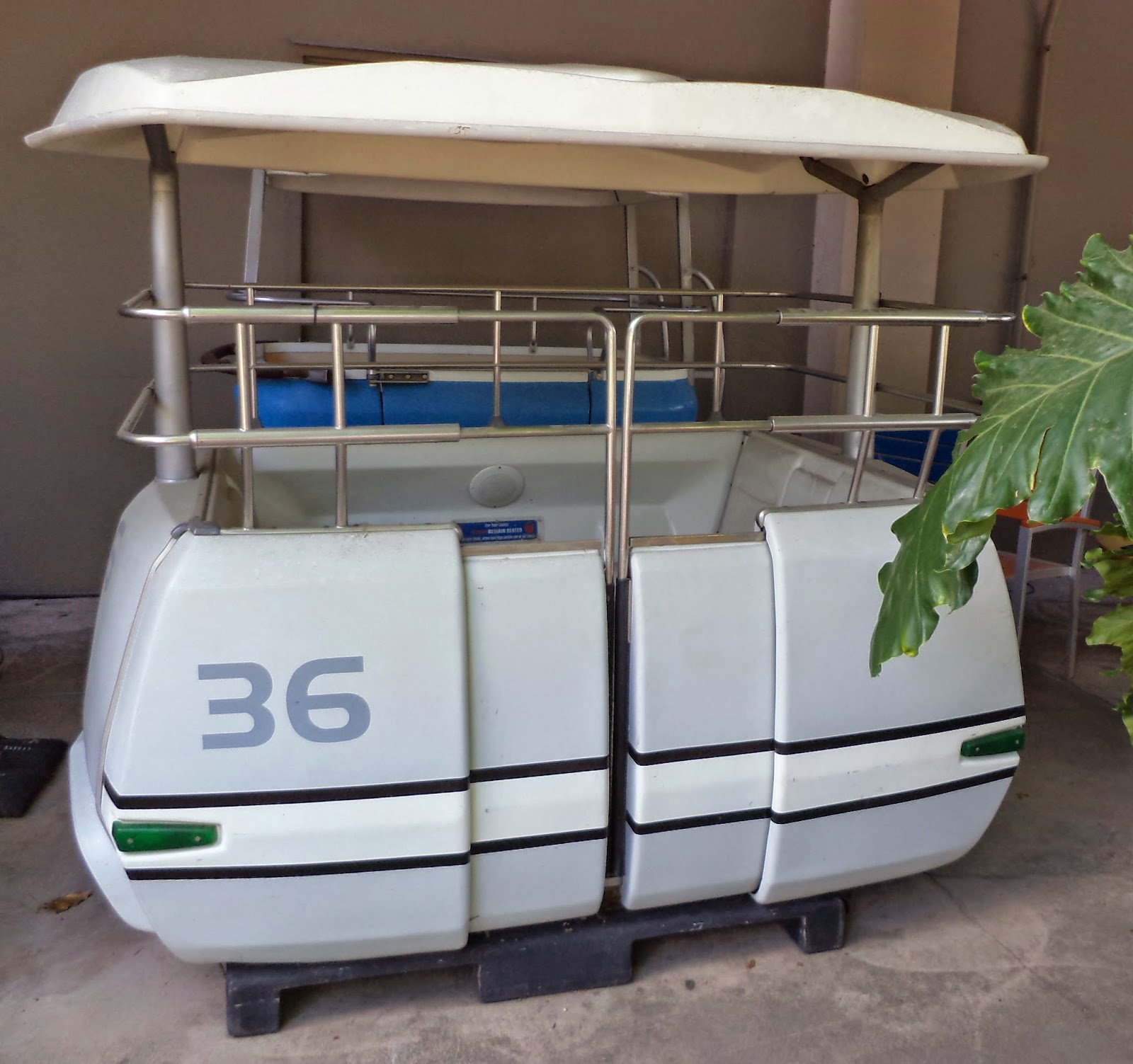 A blue skybucket hiding behind a PeopleMover car 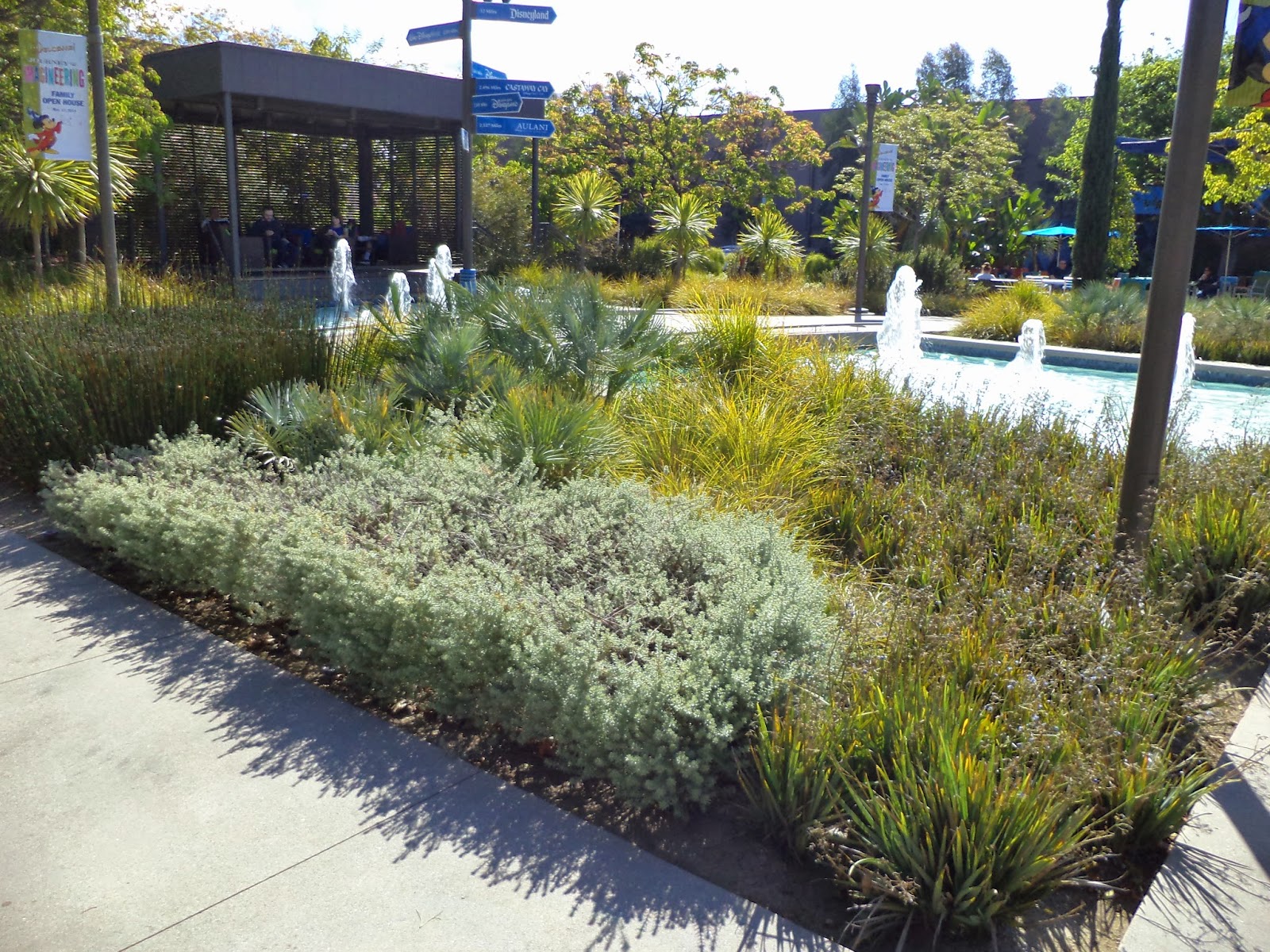 We ended up waiting far longer than just an hour-and-a-half, but it was a beautiful morning to sit outside, so we didn’t mind; plus we had wisely brought the L.A. Times to read.  Once we got inside the store, it took us only about 10 minutes to find what we wanted: several Imagineering shirts that we’re assuming will be the envy of all of our friends and coworkers. The trading pin area was a mob scene, so we stayed as far away as possible. 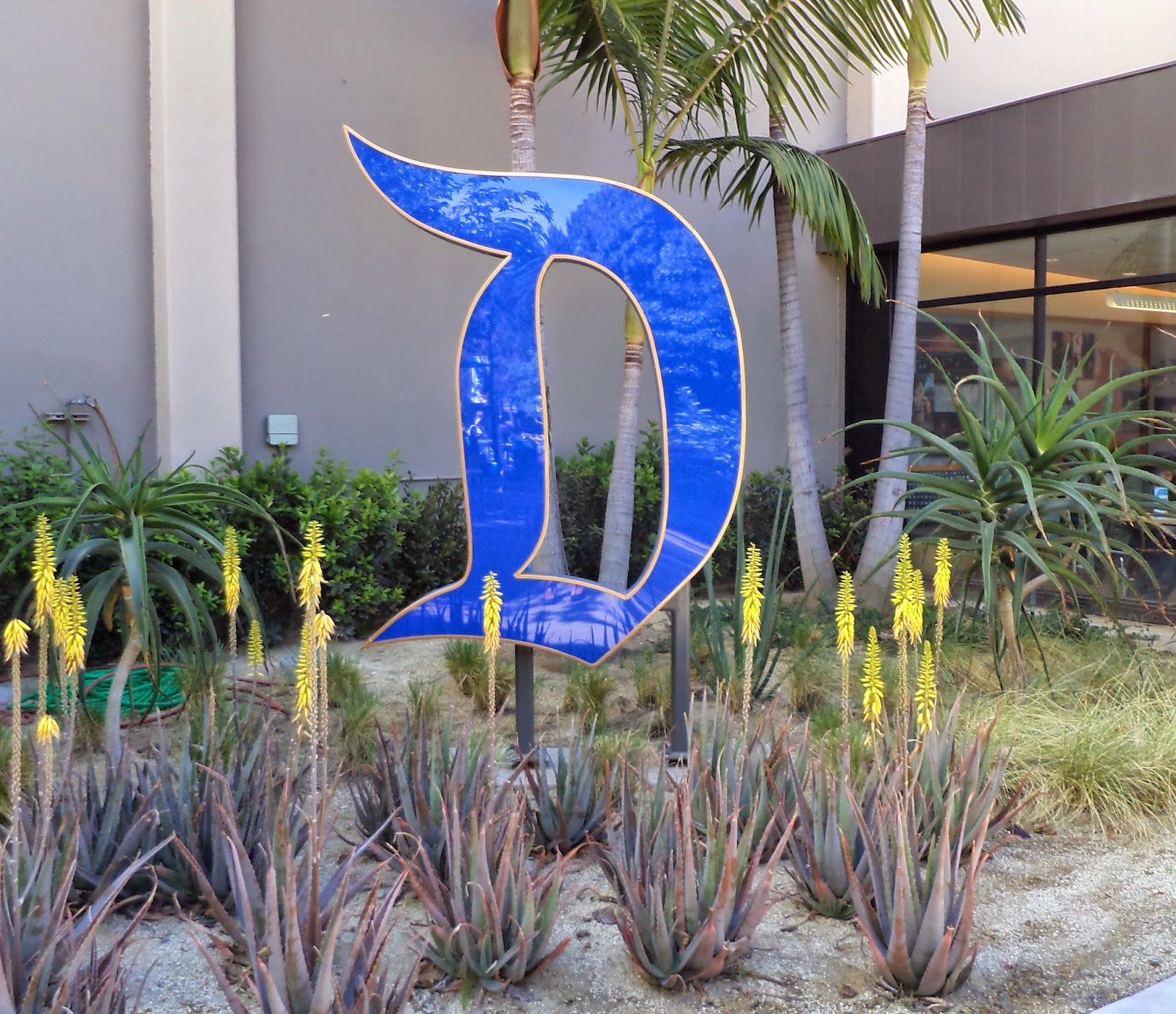 An iconic Disneyland "D" just standing
outside the employee cafeteria 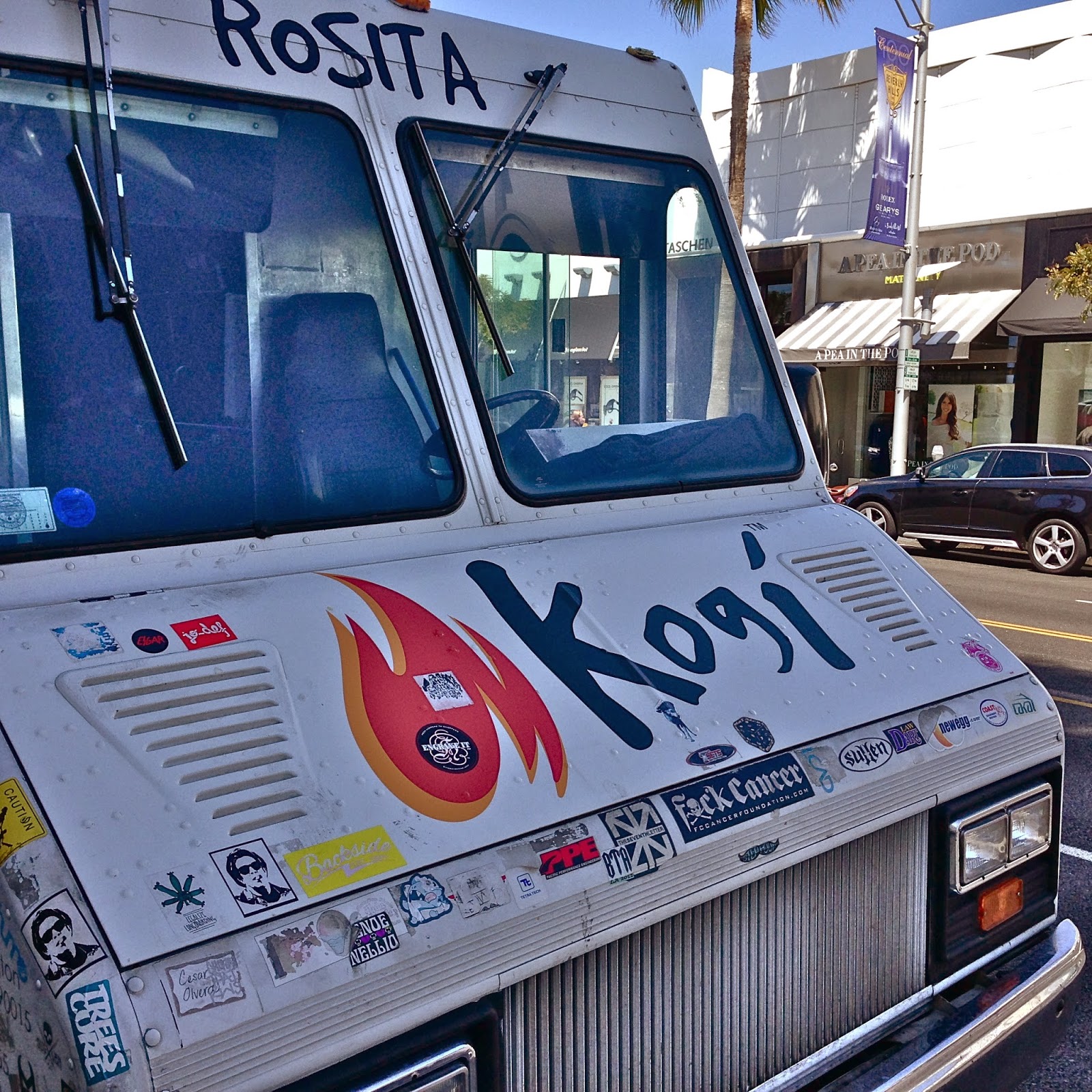 Not only is Roy Choi one of L.A.’s most celebrated chefs, he is also the father of the current food truck craze that began with his highly recognizable Kogi truck. Although originally focused on a blend of Mexican and Korean flavors that reflect his geographical and cultural upbringing, Choi’s palette now incorporates a broad mix of tastes—and all of them are good. He also owns several well-known brick-and-mortar restaurants in town, including Culver City’s A-Frame, which we love. Roy had a book-signing event at the Williams Sonoma store in Beverly Hills yesterday and we were there.

The BH Williams Sonoma is one of our best-kept secrets. Several times a month, they offer affordable weeknight cooking classes that I attend on occasion. These 2-to-3-hour classes are usually seasonal (e.g., how to make a fabulous Thanksgiving dinner or Easter brunch) and are always fun. Plus you get to eat what the chef has just demonstrated. The weekend classes tend to be free and only an hour long, so you can blow into Beverly Hills, watch a cooking demo (with usually the same small group of foodies), grab a quick snack, and be on your way, all without spending a dime. Unfortunately, we never leave Williams Sonoma without buying at least one or two things, but that’s another story altogether . . . 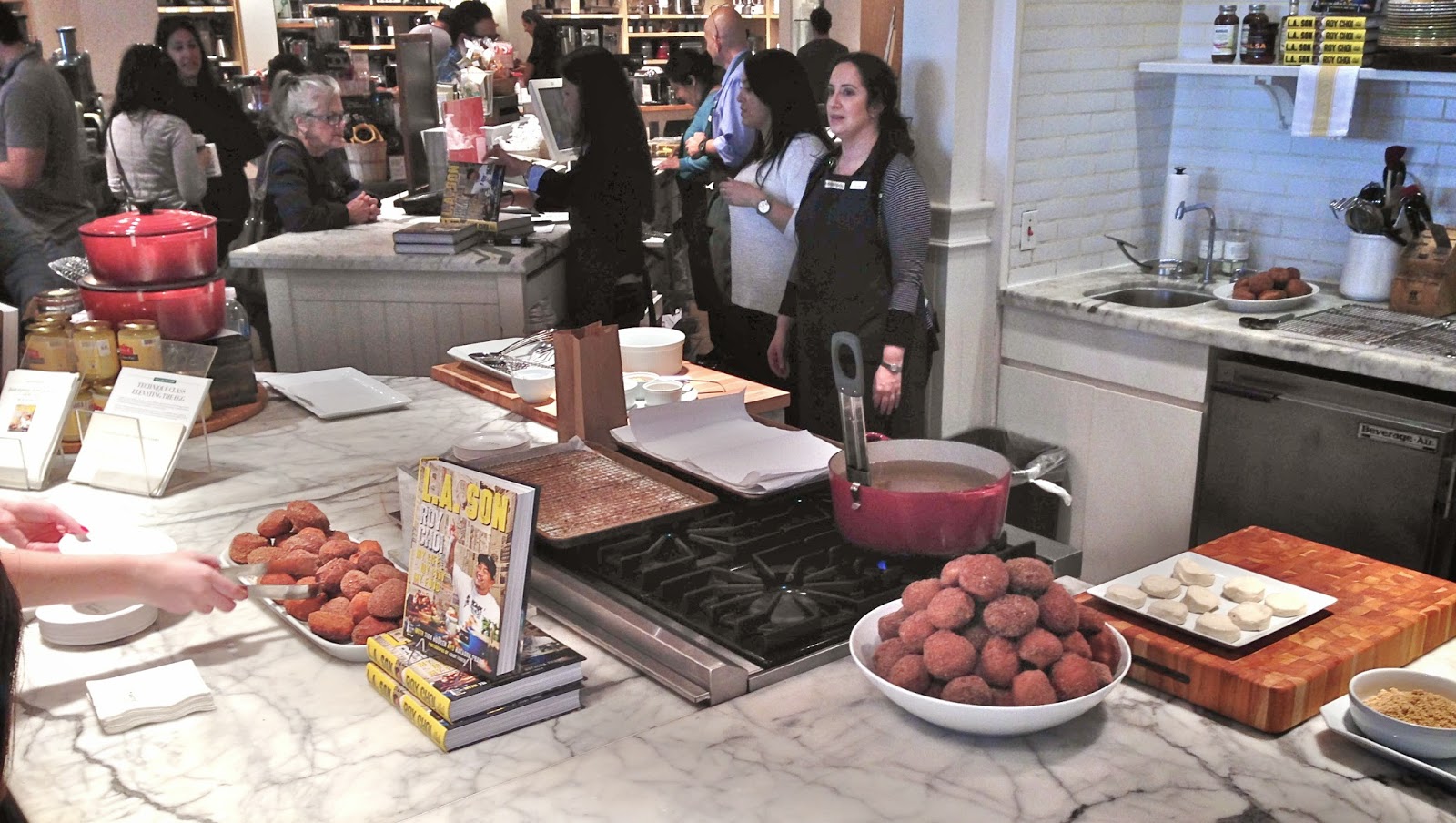 The place was pretty much packed when we arrived yesterday. The Kogi truck was outside, but everyone was inside jostling for a good view of the demonstration kitchen. Two Williams Sonoma chefs were busily frying something in a pot of oil. In front of them were two platters piled high with what looked like brown balls of dough. Tim immediately tried one.

“They’re donuts covered in cinnamon and sugar,” he exclaimed after one bite, so I grabbed one. Very yummy. Tim saved us a good spot right next to the kitchen counter, while I ran our books up to the car. Roy Choi was standing by the Kogi truck, but no one bothered him. 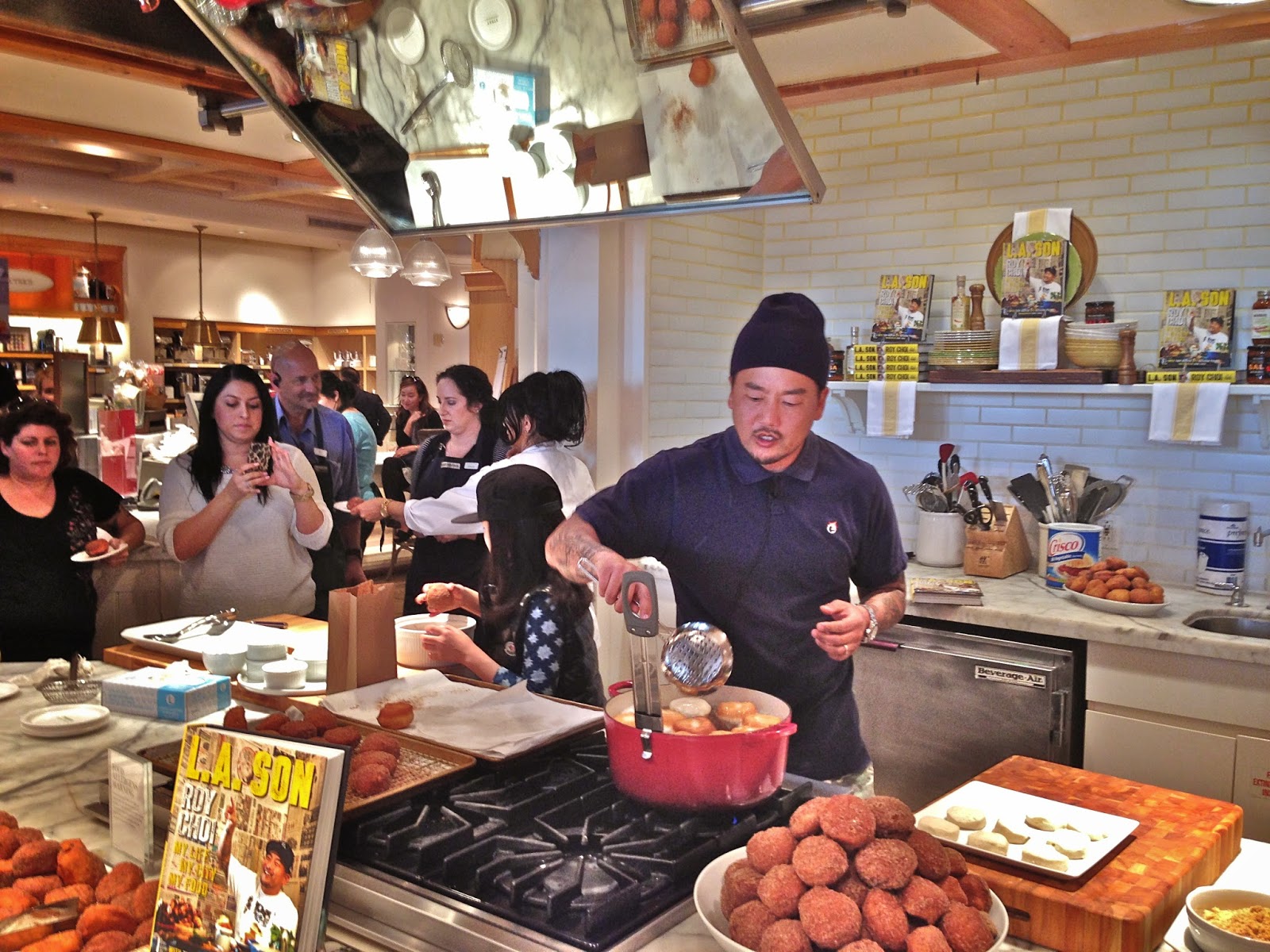 The event started at 1PM. Roy emerged with his young daughter and talked briefly about his early life in L.A. and how it eventually shaped his culinary philosophy. The donut recipe, which he demonstrated, was created during a period of addiction when he wanted fast food that was cheap as well as filling. The recipe is way simple: Pillsbury biscuits fried in Crisco and then covered with cinnamon, sugar and sesame seeds. Choi’s daughter helped make them. Shoppers could watch the demo for free, but you had to pay if you wanted a book (L.A. Son: My Life, My City, My Food) and specially-prepared lunch from the Kogi truck outside. 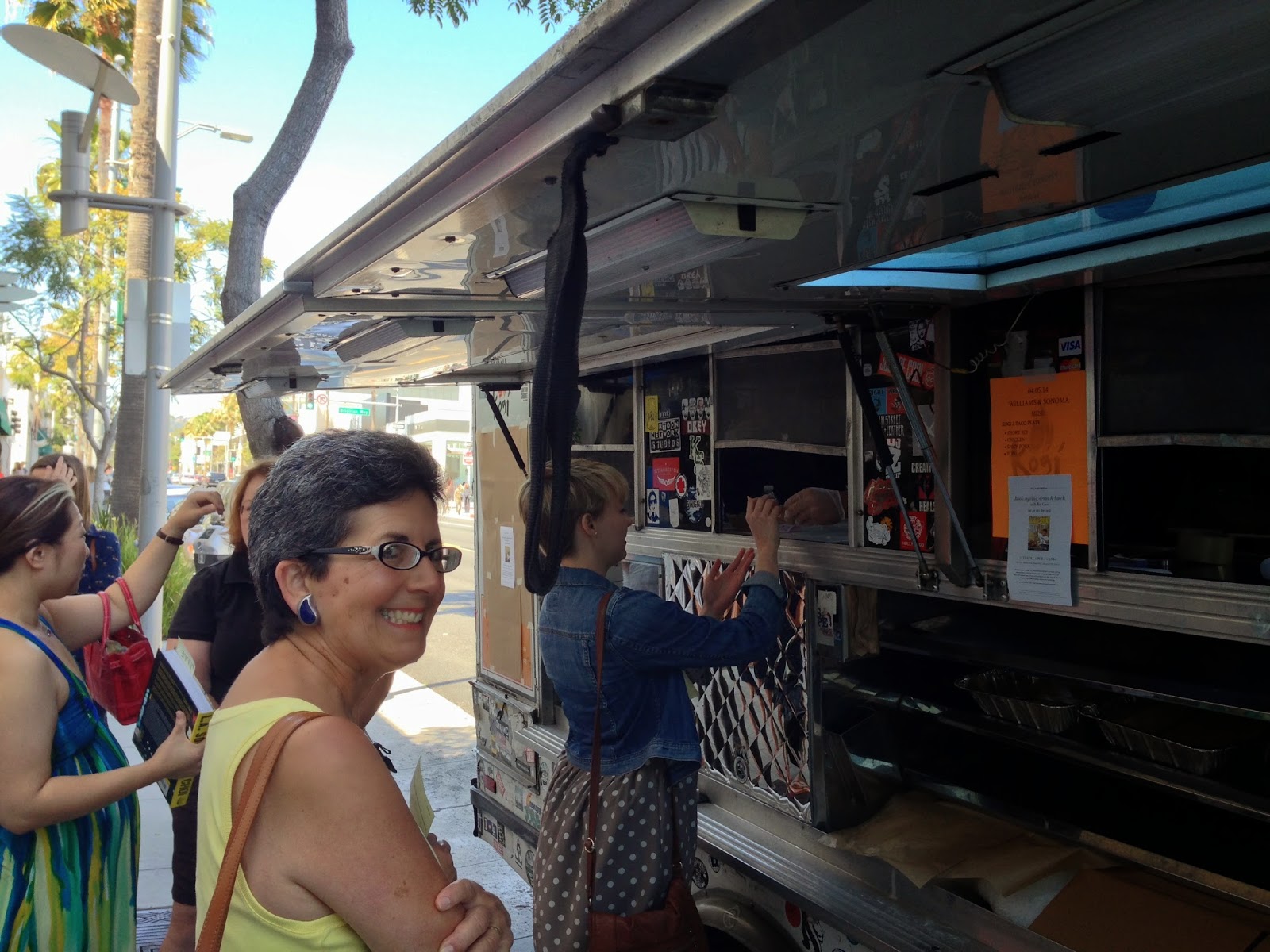 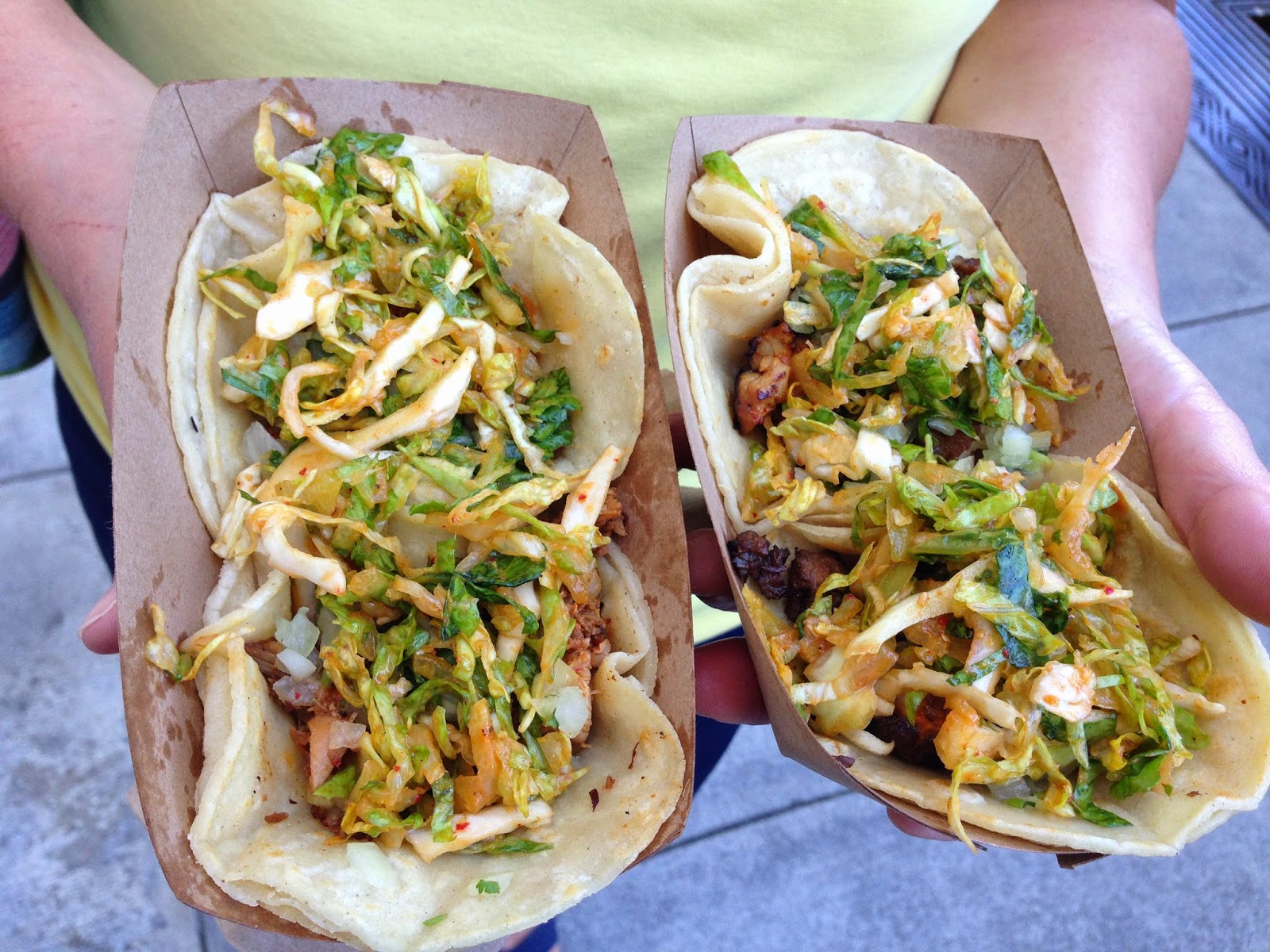 As soon as Roy finished, we ran outside to the truck while everyone else got books signed. Tacos were the only thing on the menu—two per person. Tim got short rib and spicy pork; I got all chicken. Though small, they were scrumptious. We then went back inside and had a couple more donuts for dessert. And, oh yeah, bought an oil thermometer, so we could make our own “ghetto donuts.” Homemade donuts and ice cream, anyone?