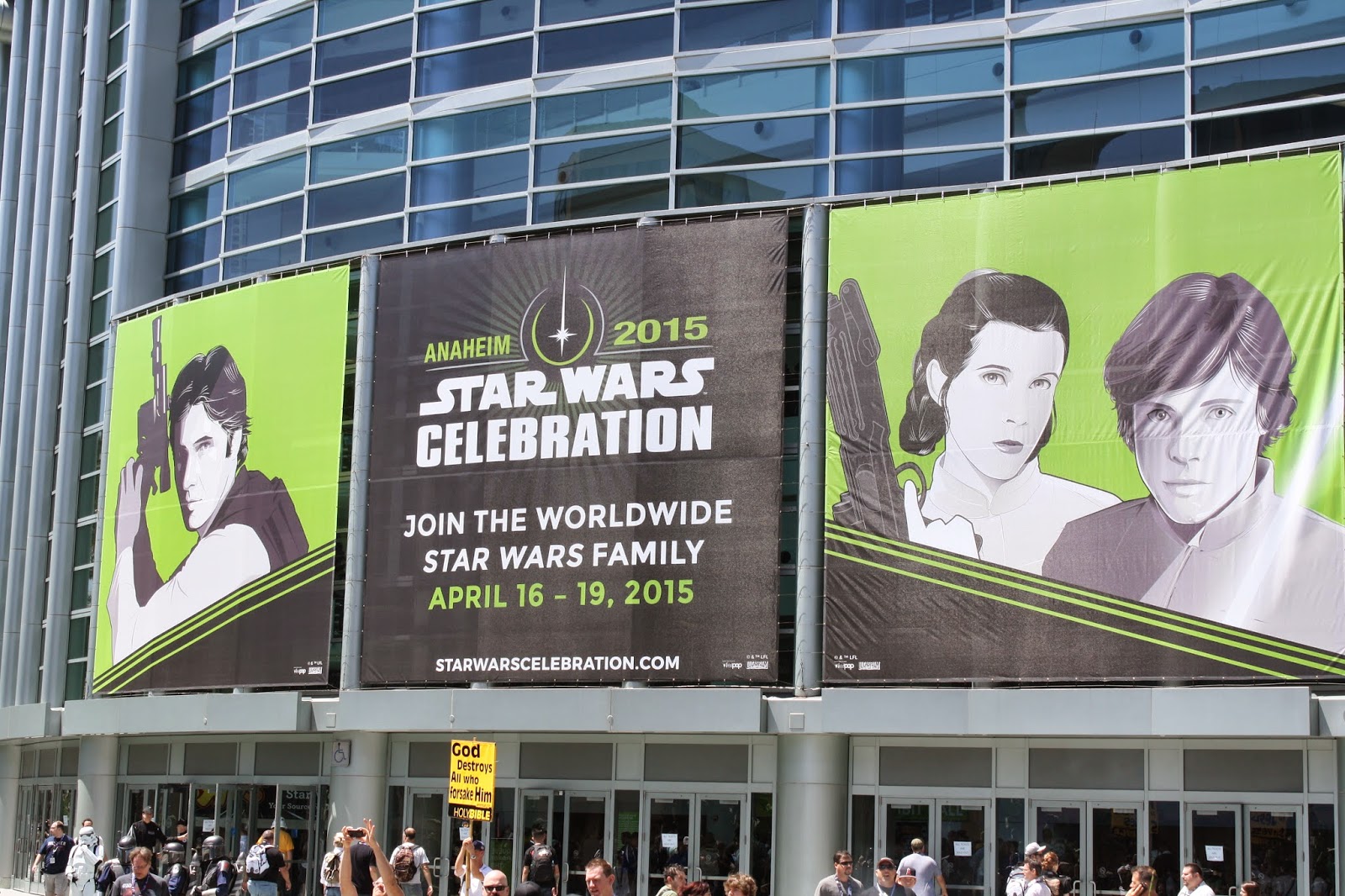 Anaheim Convention Center
Like I've said elsewhere on this blog, I love Star Wars, but am not a rabid fan. That honor goes to Star Trek, though, of course, the two franchises are not mutually exclusive. Still, we couldn't resist attending last weekend's Star Wars Celebration, the tenth in a series of fan conventions dedicated to George Lucas's epic science fiction series. Celebration isn't held every year nor is it always held in the U.S. In fact, the last time it was held in Southern California was 2007. It's going to London next year.

With the 7th Star Wars movie, The Force Awakens, opening in December, this year's Celebration promised  to be a major event, with some 100,000 people expected to attend. Well, actually only about half that number went. Nonetheless, the Anaheim Convention Center, where the event was held, was impossibly crowded. We arrived an hour early and still couldn't find parking. So we drove to Angels stadium, two miles away, and took a shuttle to the con. Once we got to the convention center, we waited on the first of many long lines just to get into the show, even though we already had tickets. Science fiction conventions certainly ain't what they used to be. 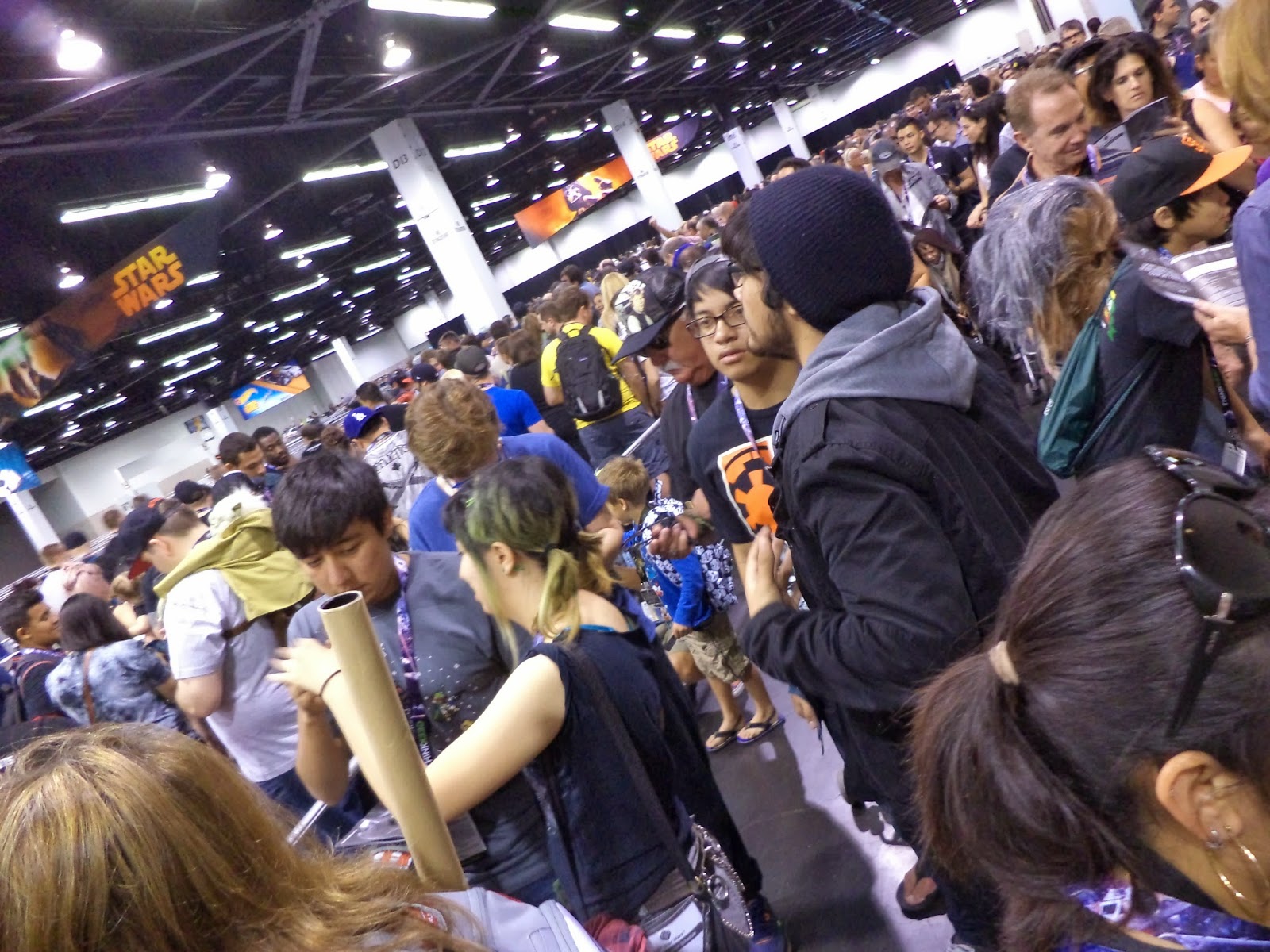 Fans in front of us, waiting to get in

More than any other big con I can think of, Celebration is a convention for the fans by the fans. Where else can you watch grown men and women wielding lightsabers while enacting a carefully choreographed battle scene? Where, too, can you see a miniature diorama of hundreds of stormtroopers preparing to march off to war? There were celebrity autograph tables, a life-sized replica of the Millennium Falcon's interior, recreated movie scenes, a Jedi Academy for youngsters, enormous Lego displays, and lots and lots of people dressed like their favorite characters. After two hours, we had enough and went in search of lunch. We found food trucks and lots more crowds. 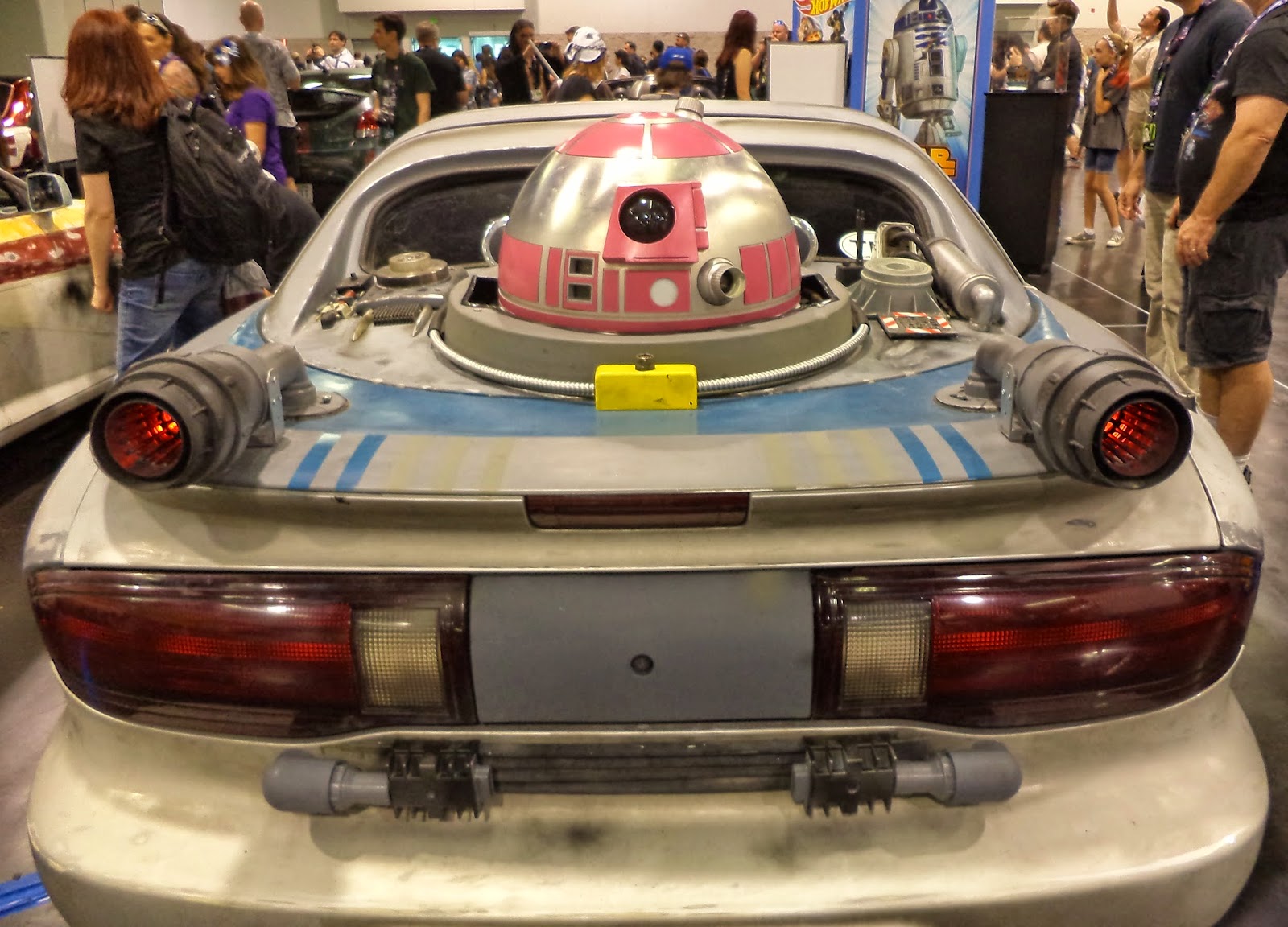 A car decked-out with pink R2D2 droid in the back 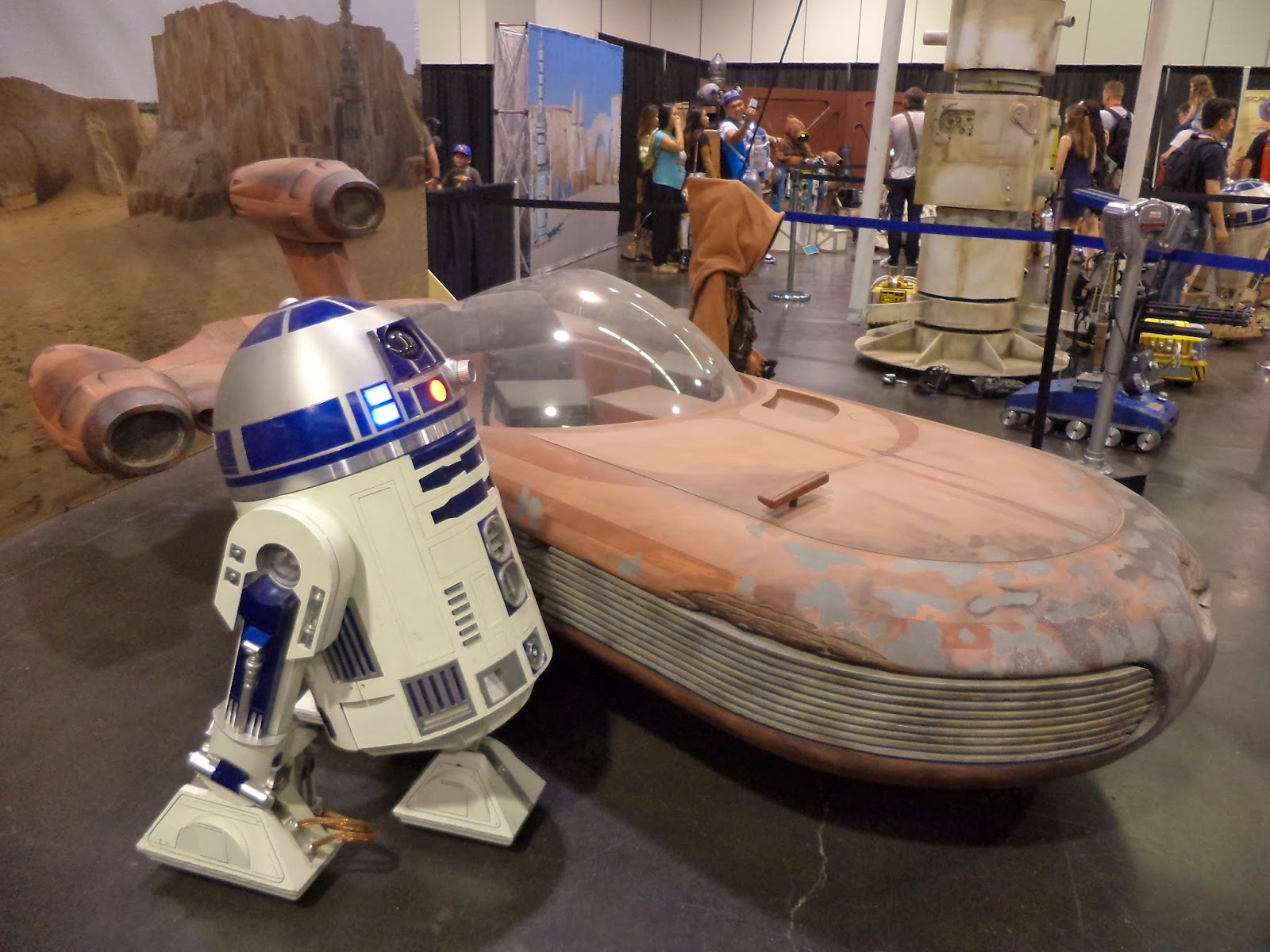 Fan-made exhibit of R2D2 and land-speeder 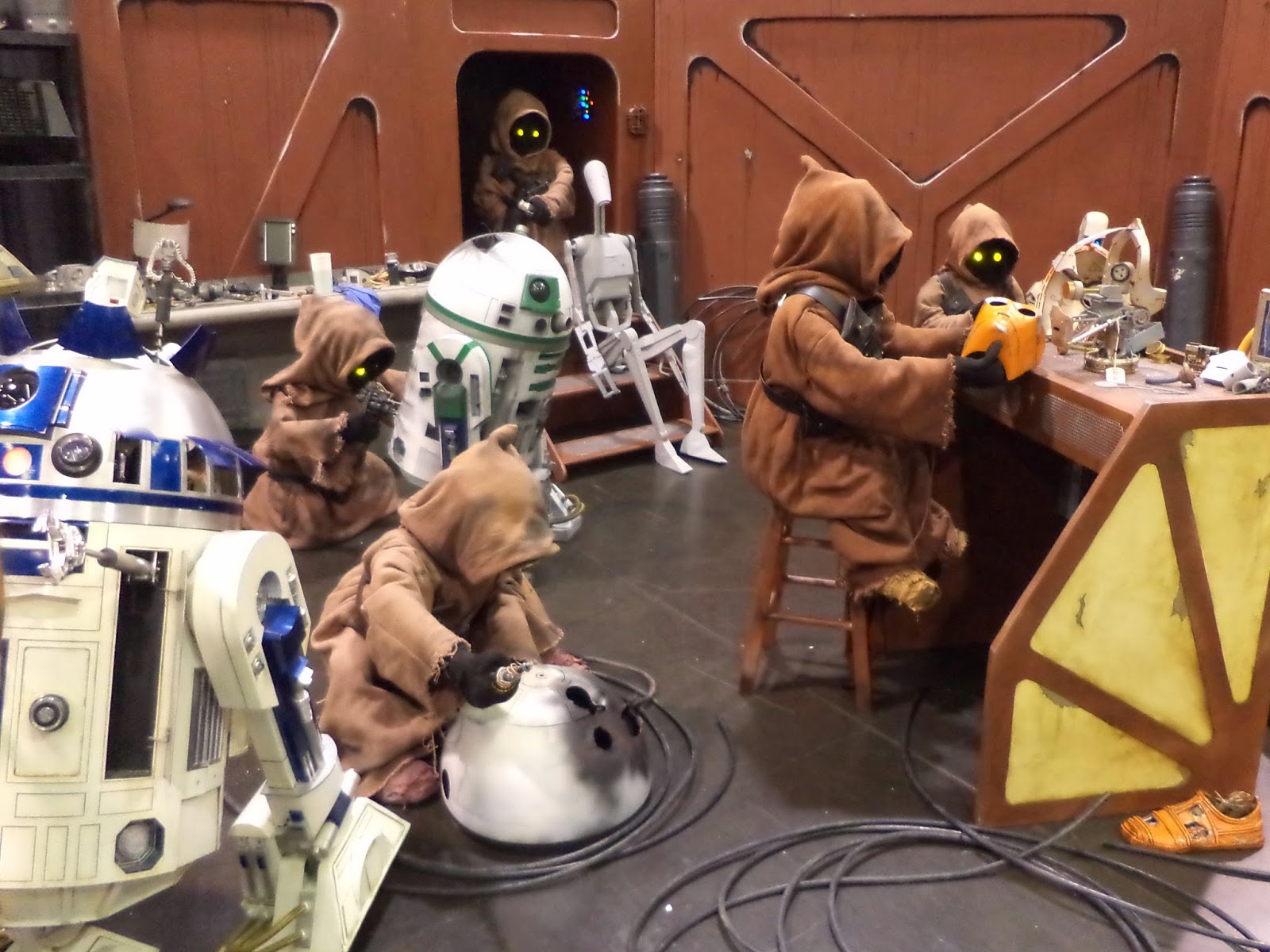 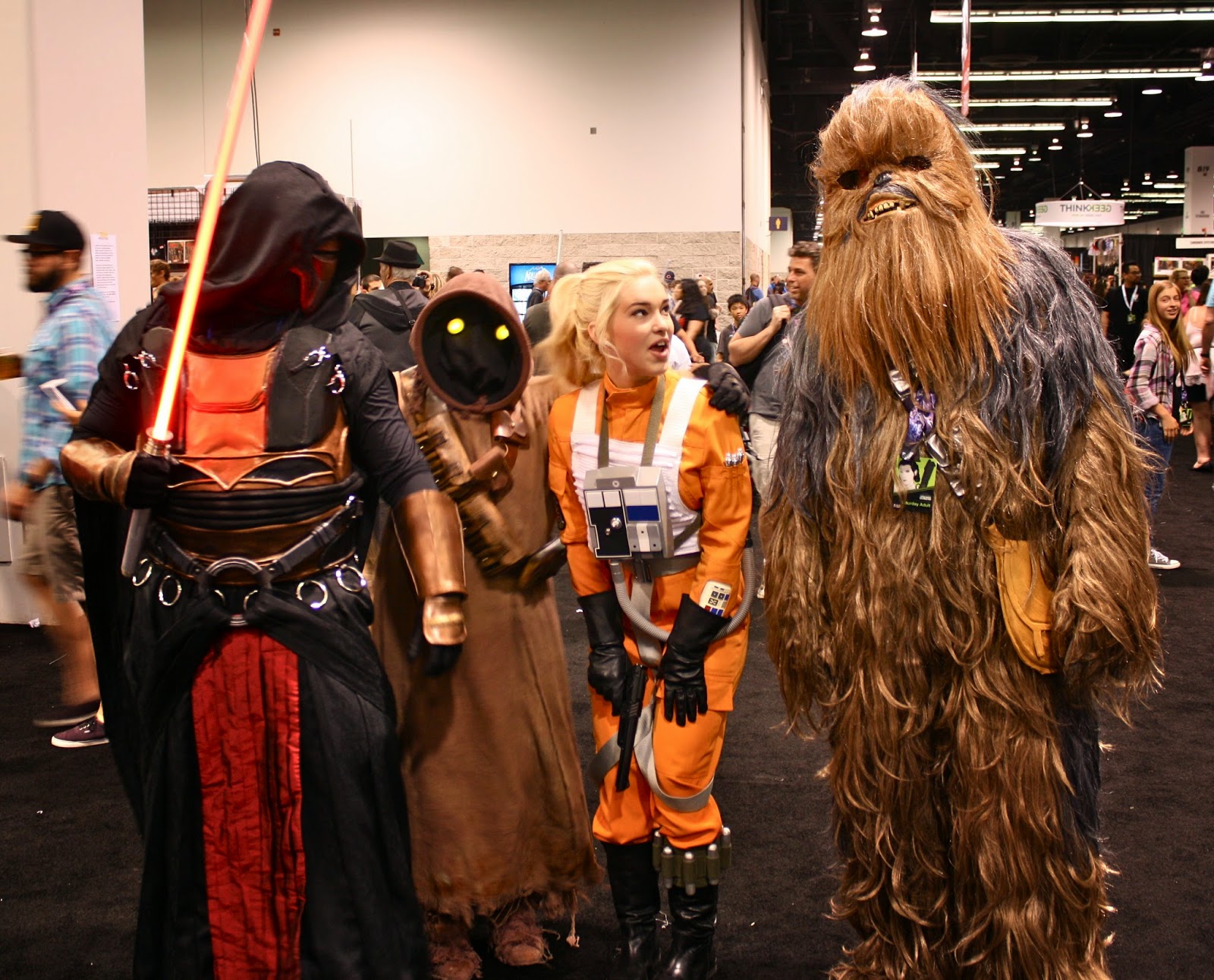 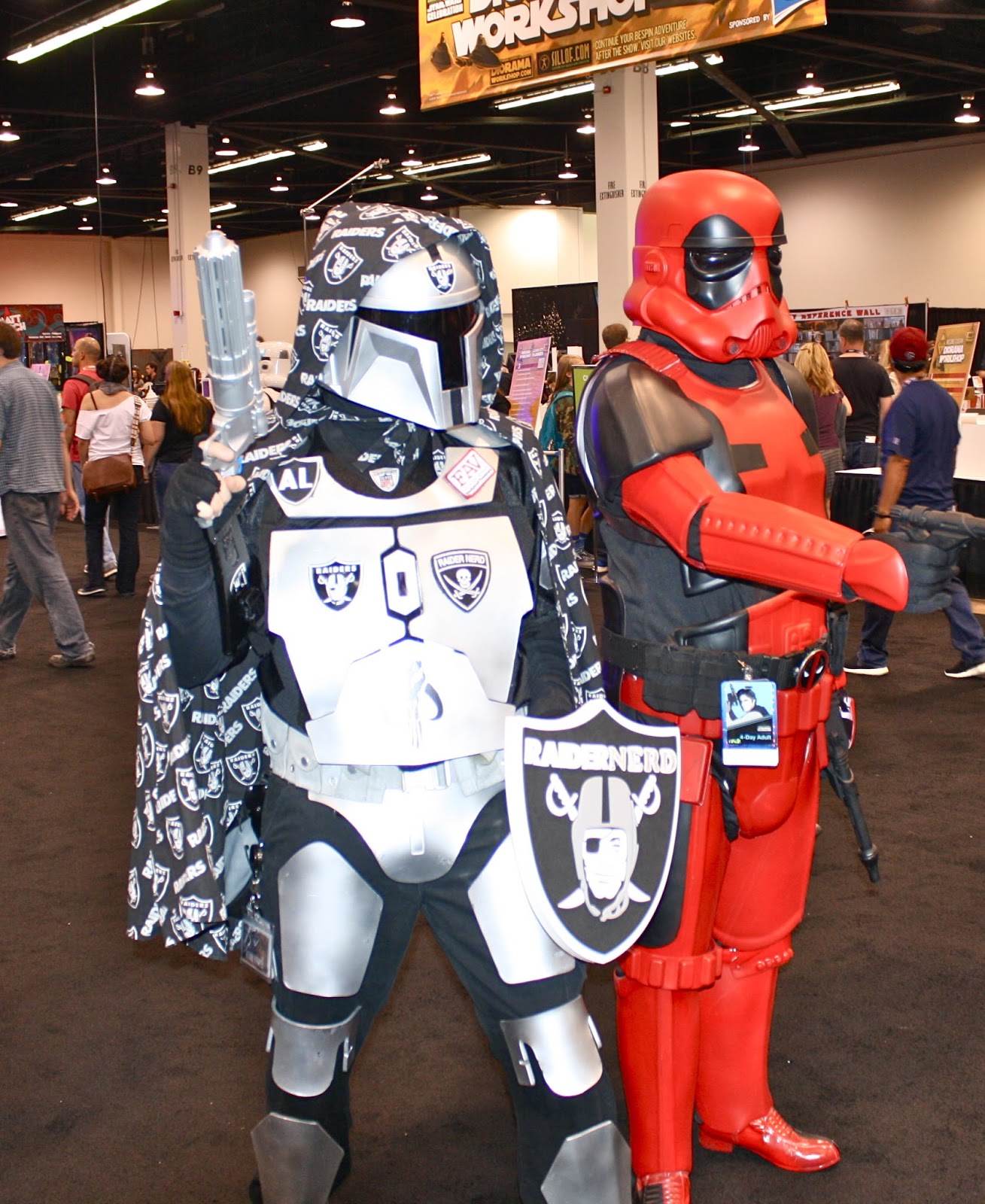 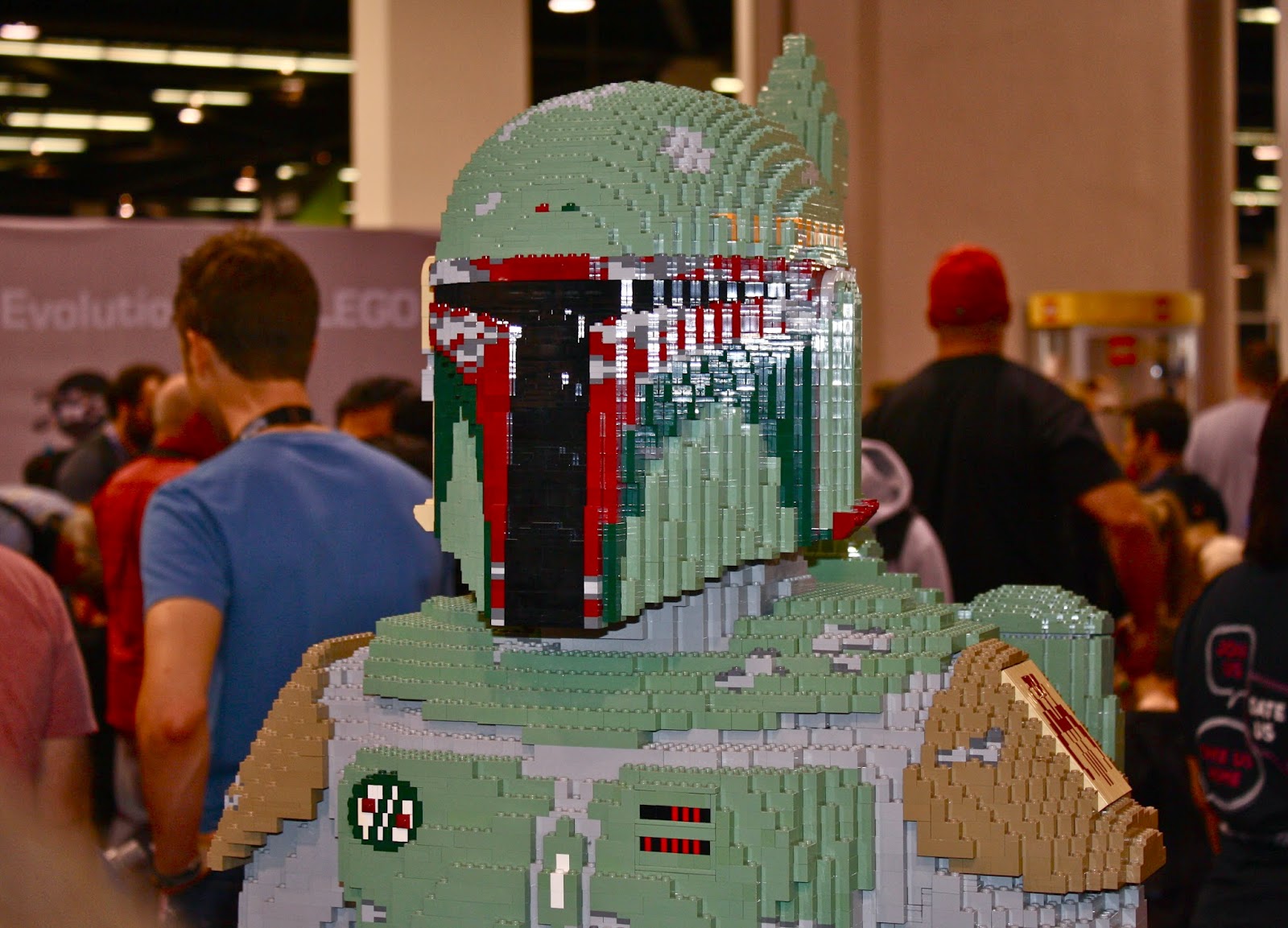 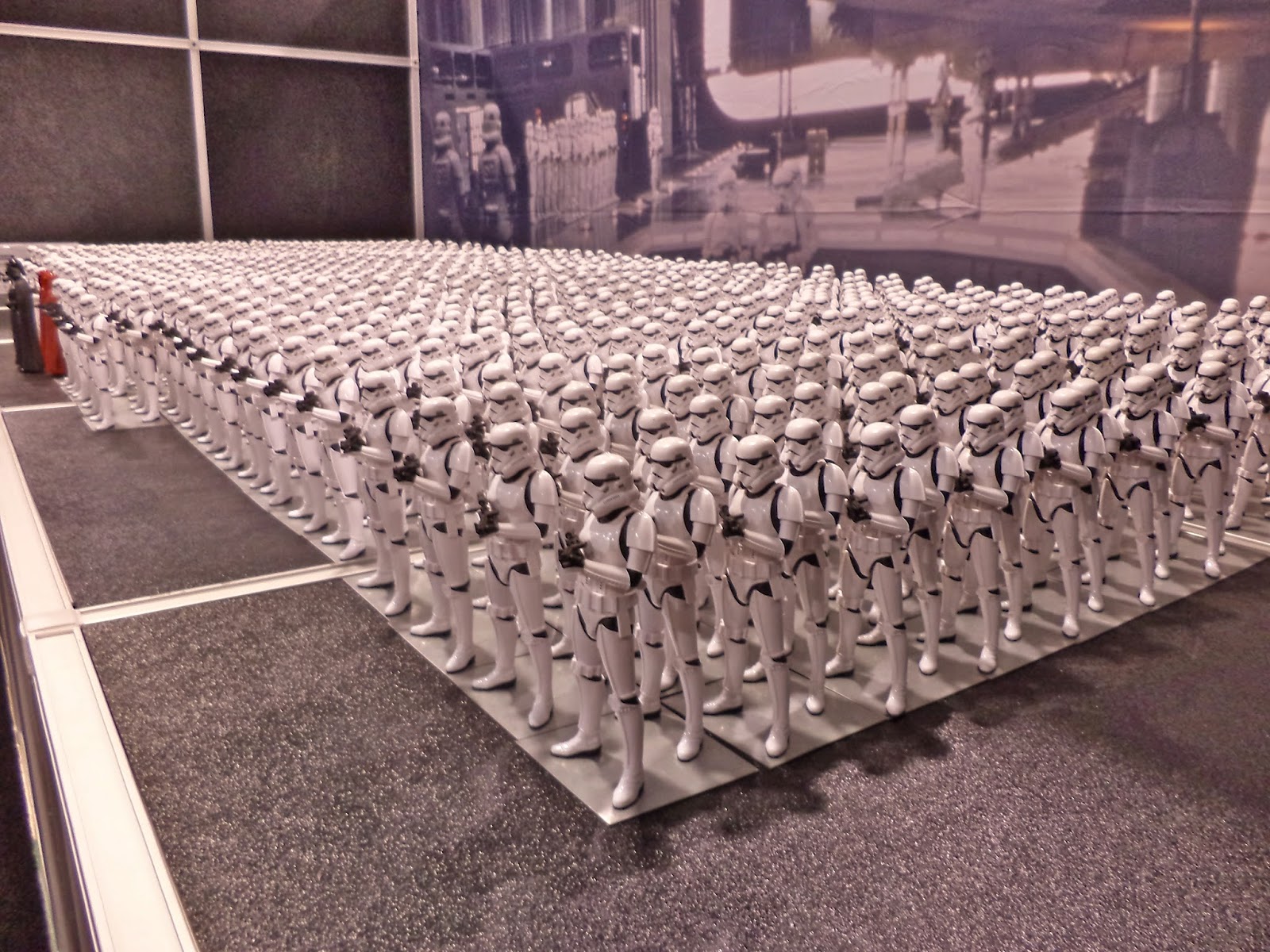 A Japanese airline, ANA, will soon be flying
Dreamliners that look like R2D2! 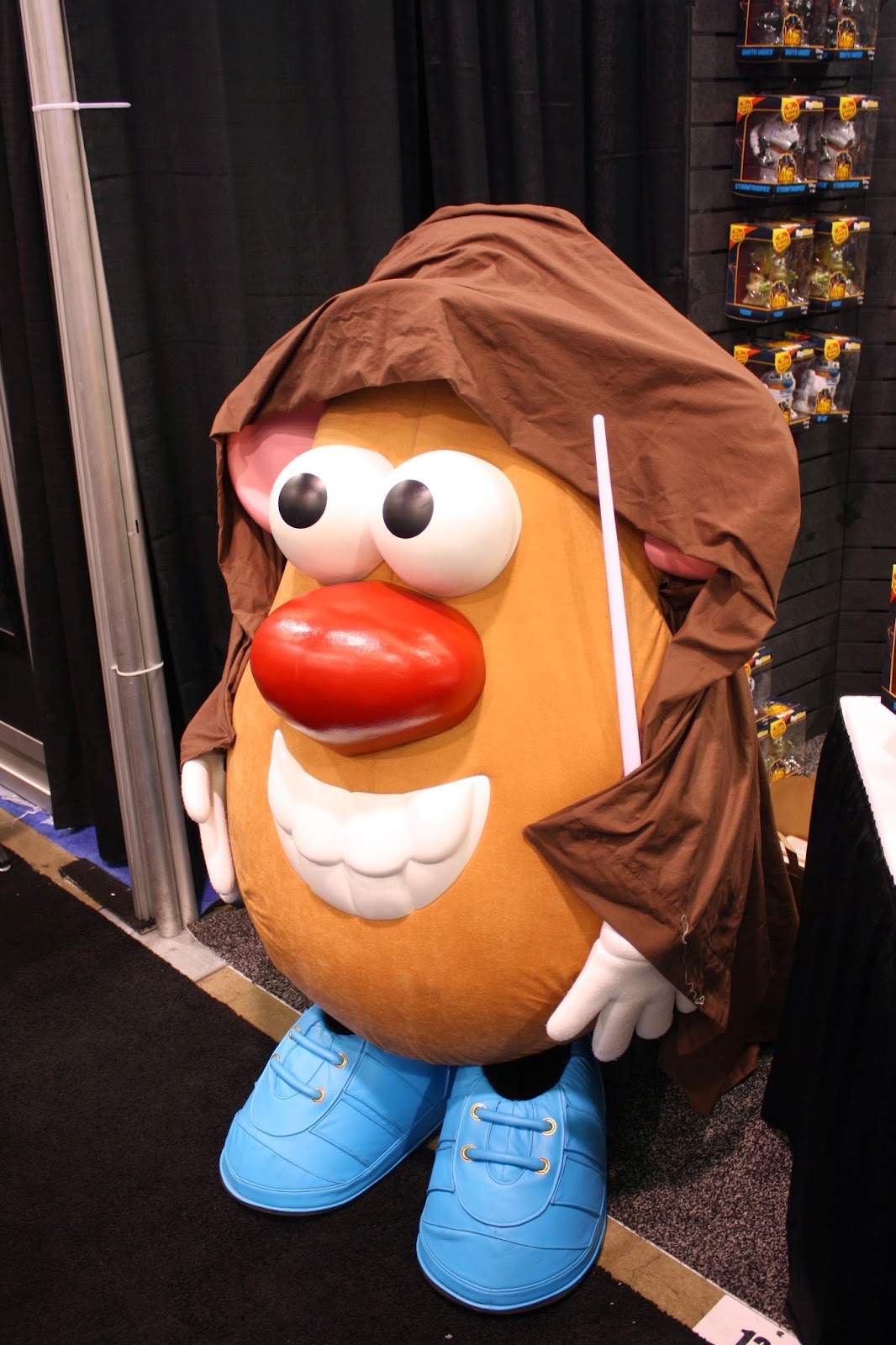 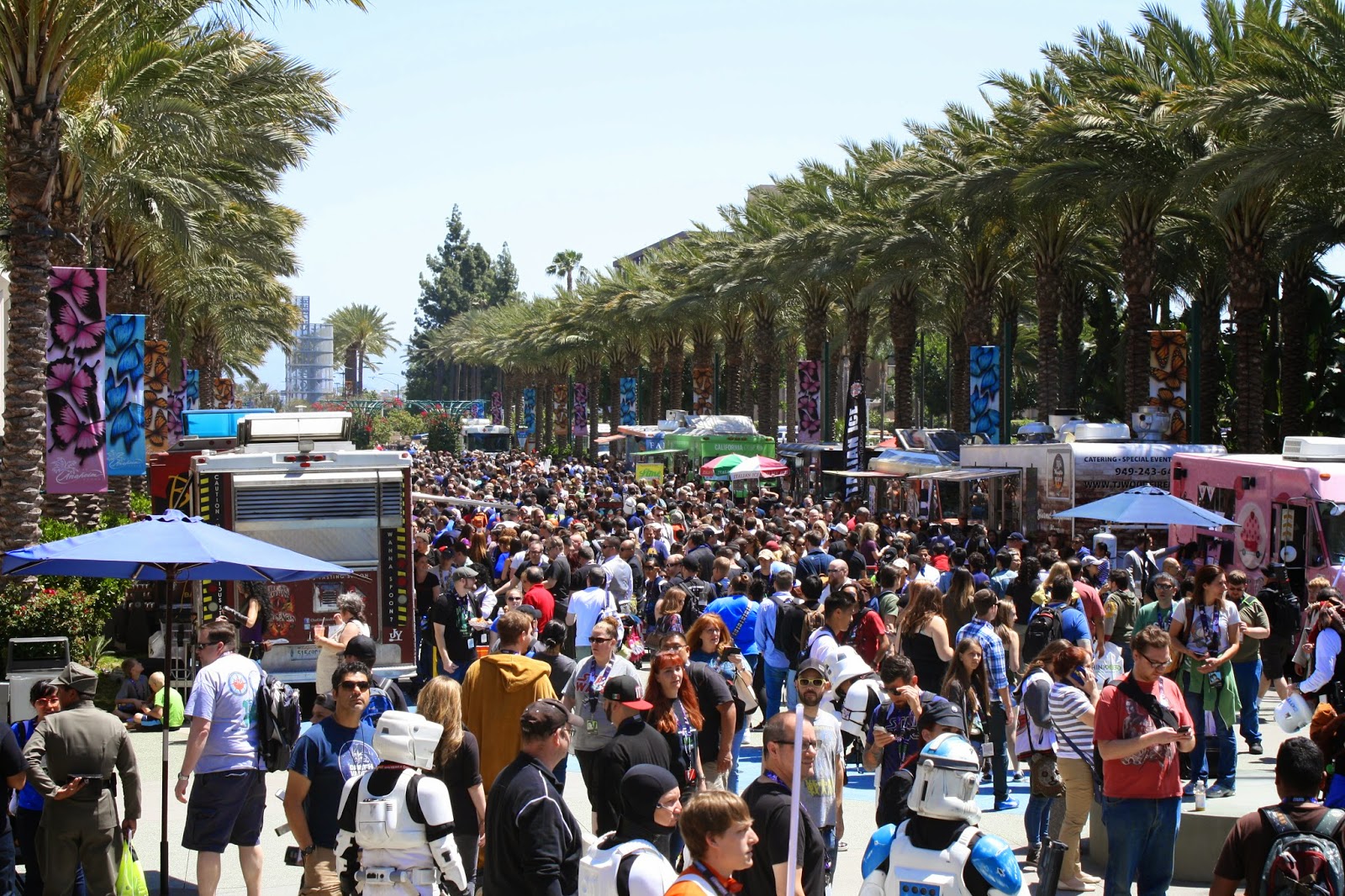 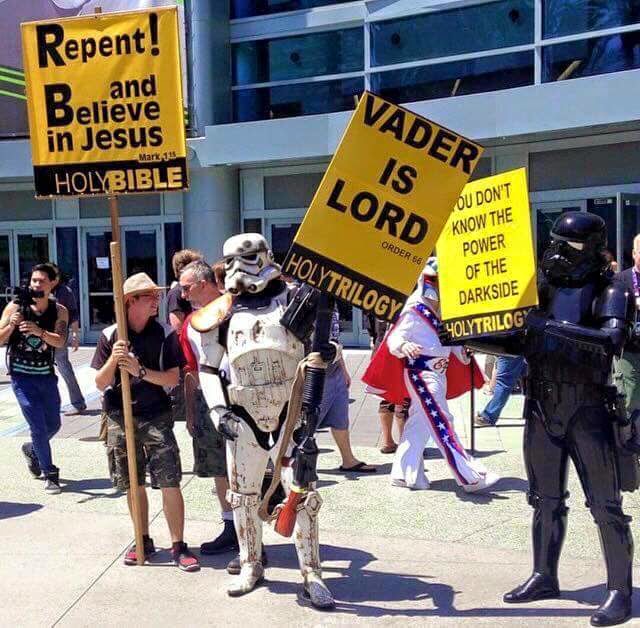 The dark side meets the light 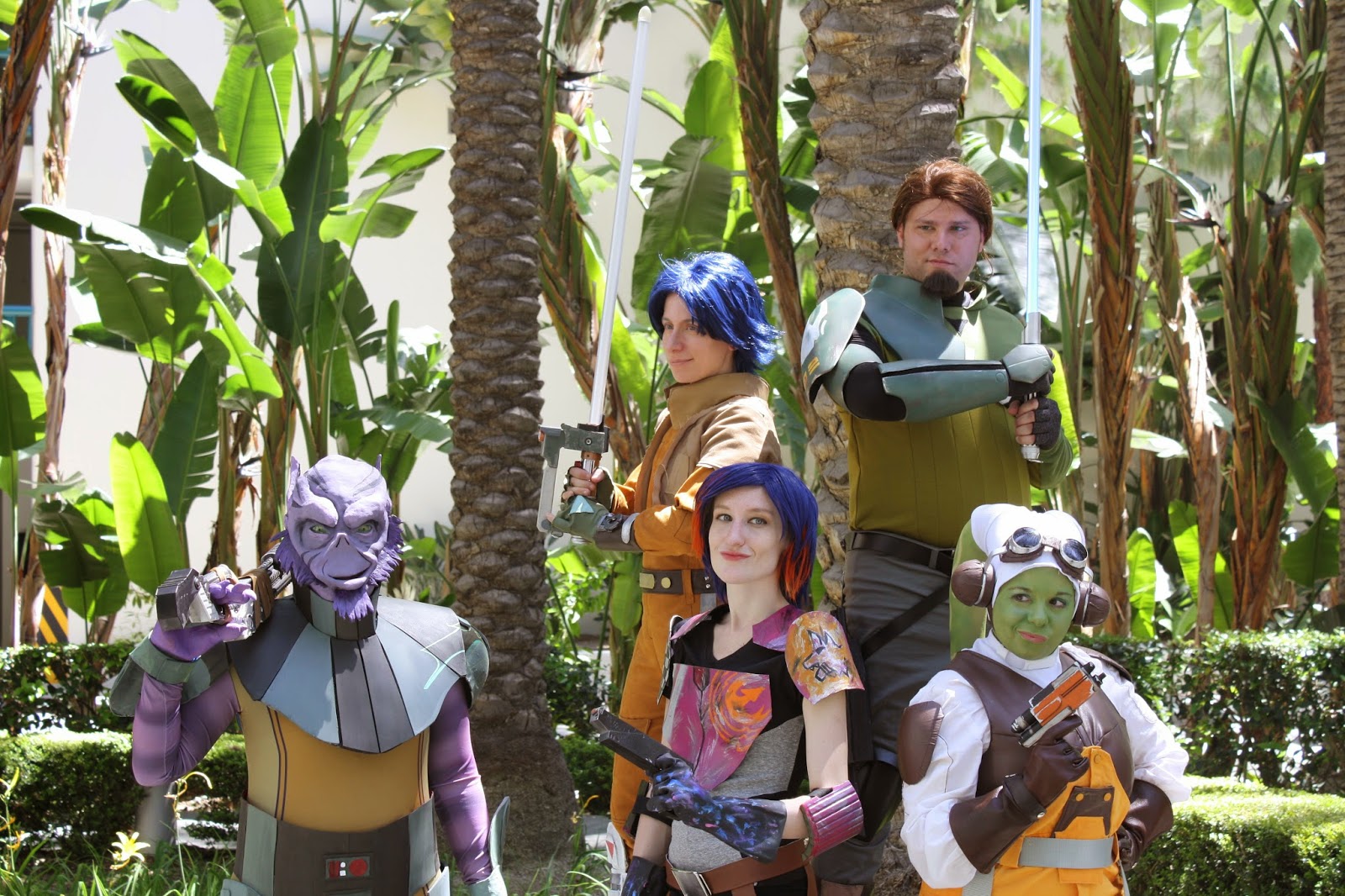 Waiting for someone to take their photo
Posted by Cyn at 8:49 PM No comments: