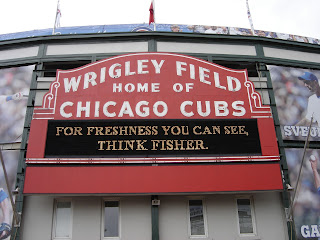 It’s always good to get out of town and see how people live in the rest of the country. Otherwise it’s sometimes hard to remember that there’s life outside L.A. 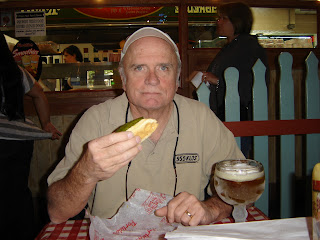 I presented a paper at a conference in Kalamazoo, MI, last Thursday, so we flew into Chicago on Wednesday. Our first stop: Portillo’s, where Tim quickly ate not one but two hot dogs for dinner. (We’d been there before!) The next day we rented a car and drove around the southern end of Lake Michigan, through three states to Kalamazoo. The road reminded me of central California—lots of small farming towns and fast-food restaurants—only much, much greener. A perfect day for a long drive—almost impossible to imagine everything covered in snow just a few months ago.

The former “celery capital of the world,” Kalamazoo is now a lovely mid-west town (population 77,000) with a nicely revitalized early 20th-century downtown area. We were hoping to sightsee a bit more, but realized (almost too late) that Michigan is on Eastern Standard Time—we were still on Central (!)—sending me scrambling to get my presentation ready. We left early the next morning to return to Chicago.

Because Tim was sweet enough to accompany me all the way to Kalamazoo for a 15-minute paper, he got to pick what we did in Chicago. Not too surprising, then, that baseball was the main theme for the rest of our trip. The White Sox were in town, so Tim used his radio contacts to finagle 10th-row seats, just left of homeplate. I was worried we were going to be killed by a fast-flying foul ball; but by the end of the game, I had become a White Sox fan—not too hard to do when you’re so close you can practically smell the players sweat! 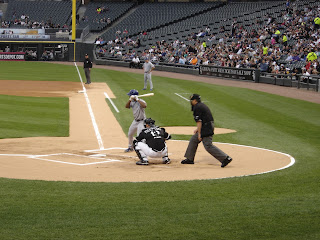 Yes, we were this close! 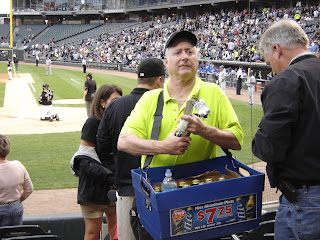 Beer and margueritas sold in the stands 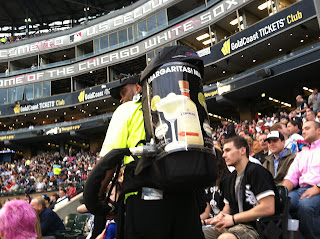 We took the subway out to Wrigley Field the next morning to tour the stadium. Wrigley, of course, is the oldest baseball field in the U.S. and still one of the most beautiful. The weather had suddenly turned gloomy, but our spirits were far from dampened as we got to see the Cubs’ clubhouse and sit in the dugout. A must for anyone who loves baseball. 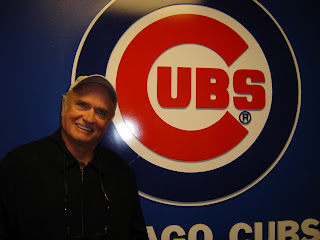 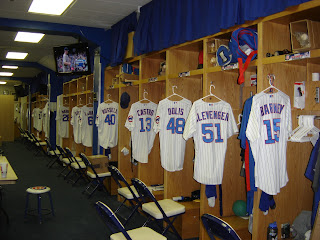 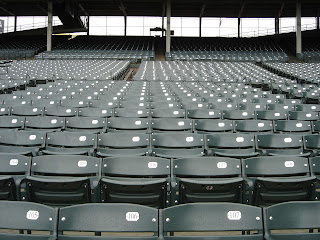 We also went to the top of the Hancock Building to see the city in all its glory, plus sampled some of the local cuisine. My favorite, though, was Chick-Fil-A, a growing national chain that recently opened in Los Angeles. Its mascot: a cow that wears a t-shirt imploring folks to “Eat mor chikin!” 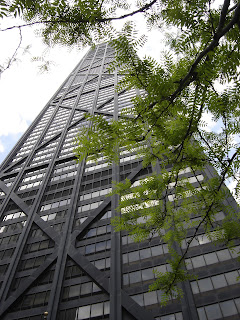 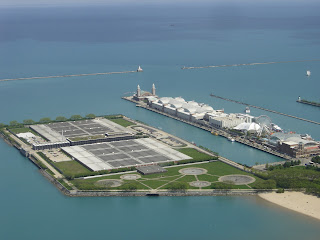 Looking down at Navy Pier 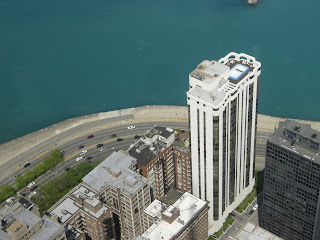 The lake from 93 floors up 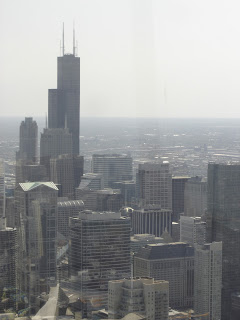 We flew home yesterday in plenty of time for our Sunday night TV shows. It’s always good to get out of town, but it’s even better coming home. 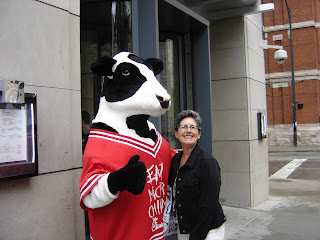 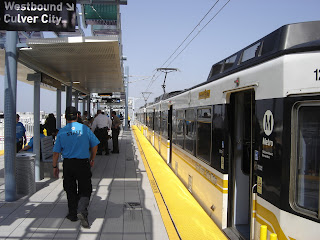 The biggest news of the past week was the opening of the Metro Expo Line train that runs from Culver City to downtown L.A. Late to launch and, of course, well over budget, the Expo Line nevertheless means Tim can now take the train to and from work instead fighting freeway traffic every day. As you can tell from these photos and short films, he absolutely loves it. 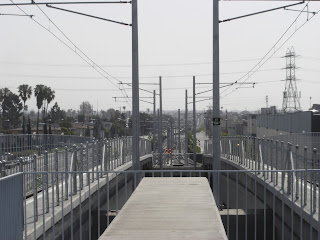 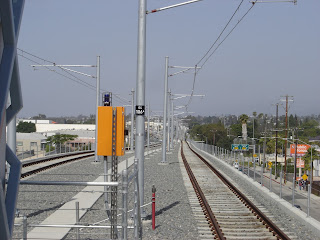 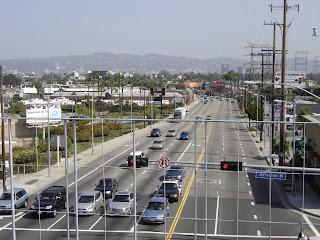 Bird's eye view of L.A. from the La Cienega platform
(Hollywood in the far distance)

I, too, think it’s great—that is, when it’s working. I had a meeting downtown, Thursday morning, so I did a test run on Monday to meet Tim for an event at L.A. Live, where he works. I parked the car in the free parking structure on Jefferson and La Cienega (yes, free parking in Los Angeles—what will they think of next?!), bought my ticket ($1.50 each way), and hopped onto the train. The ride was smooth and relatively quick (25 minutes) and so I announced to my colleagues that I would be riding the train to the meeting, Thursday morning. 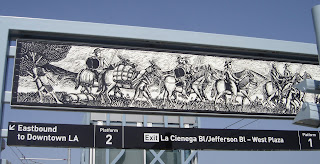 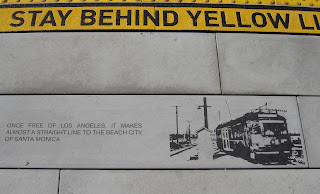 Besides being environmentally responsible, the train is supposed to provide a stress-free way to get downtown. But when you’re rushing like a madwoman to make the 8AM train, it’s hardly stress-free. Despite my best efforts, the train left just as I pulled into the parking lot. No worries, though, as the next train—due to leave 11 minutes later—would get me there in plenty of time. But still no train after 11 minutes. I started to seriously worry—I was chairing the meeting, so could not be late! I waited five more minutes and then, overhearing a woman saying she was going to be late because our train had conked out up the road (OMG!), I made a split decision. If I left now, I could just barely make my meeting on time! So I ran downstairs, jumped into my car and . . . drove downtown. I'm as environmentally-conscientious as the next person, but it’s hard to give up control of your commute when you live in L.A.! Next time I’ll leave the house much earlier.

Arriving at the Pico Blvd. stop, 2 blocks from
L.A. Live and Staples Center (in background)
Posted by Cyn at 5:51 PM No comments: