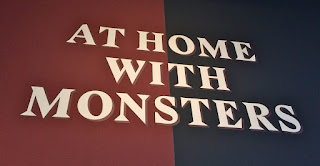 I do not enjoy horror genre, but I am a big supporter of Hispanic filmmakers, so Tim, Karen and I went to see the Guillermo del Toro exhibit at the L.A. County Museum of Art (LACMA), on Tuesday, while waiting for the election returns. The mastermind behind such fantastical films as Pan's Labyrinth and Hellboy, del Toro has been fascinated by macabre images since he was a child in Guadalajara. Indeed, his overly zealous grandmother was so concerned about his nightmarish obsession that she had him exorcised at an early age! Obviously the exorcism didn't work.

Today del Toro is an uber collector of all things horror, which he displays in a home he calls "Bleak House." Many of his more prized possessions are being exhibited at LACMA as part of "At Home with Monsters," now showing through November 27. (Click on images to enlarge.) 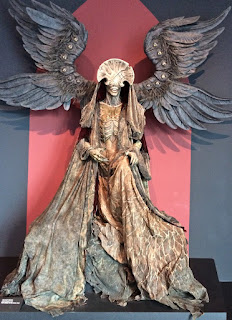 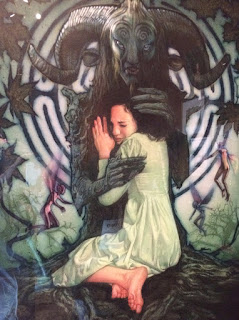 Monster from Pan's Labyrinth
(depicted above) 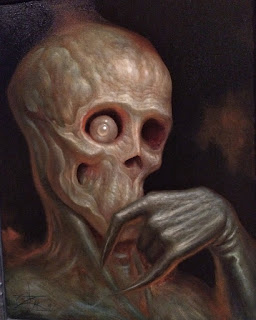 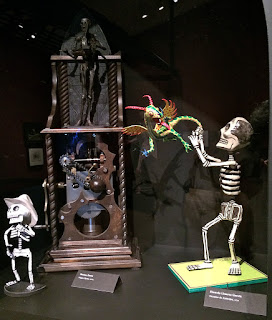 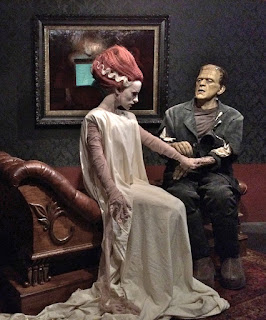 Life-size sculpture of Frankenstein's monster
and his bride (Mike Hill, 1996) 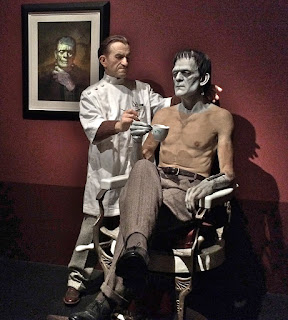 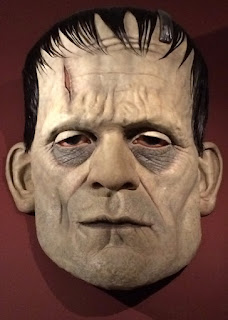 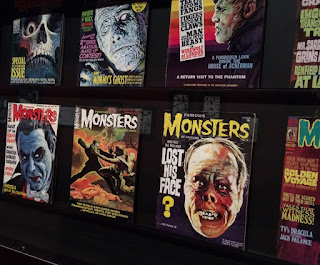 Monster magazines del Toro collected as a child—at one point,
he apparently had the biggest collection of comicbooks and
magazines in Mexico 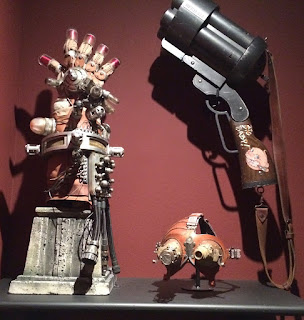 Props from the movie Hellboy 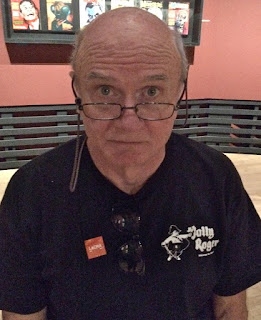 Tim taking it all in 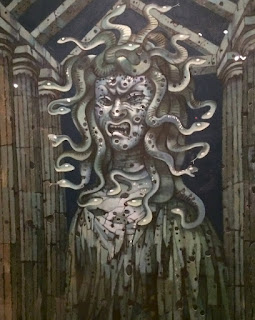 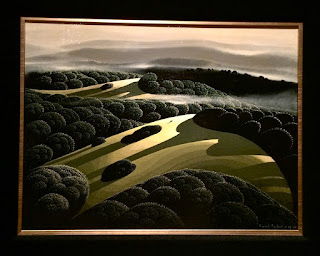 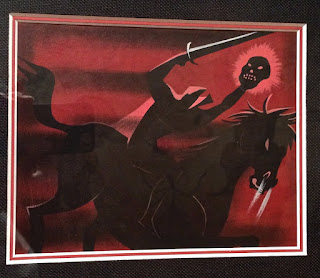 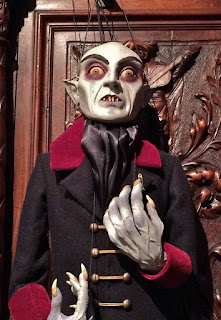 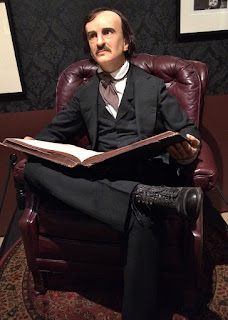 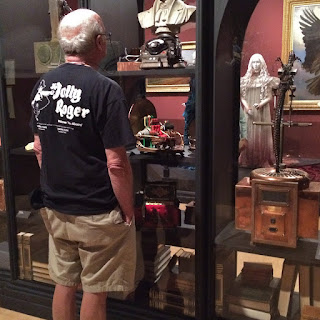