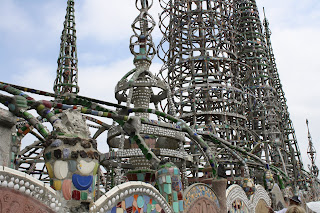 On a weekend when many people are commemorating the senseless destruction of the Twin Towers in NYC, I am so happy I had the foresight to buy a ticket to tour L.A.’s own magnificent Watts Towers, located in south Los Angeles.  Oddly enough, though I’ve lived in L.A. most of my life, I’d never seen the towers, which are listed on the National Register of Historic Places and are a National Historic Landmark as well as a state Historic Monument.

In 1921, Italian immigrant Simon Rodia began building a series of steel-enforced concrete structures in his backyard.  Encrusting the towers in bits of discarded glass, pottery, ceramics, and seashells, Rodia called his masterpiece “Nuestro Pueblo” (“Our Town”).  He was not trained as an artist nor did he have a background in engineering, yet his towers have survived many earthquakes and seem to defy gravity.  In 1955, he just walked away, deeding the house and land to a neighbor.  Today the property is managed by the city’s Cultural Affairs Department, which has stepped up preservation efforts to save it (and not a minute too soon).  As you can see for yourself, Rodia’s work is truly an amazing piece of art. 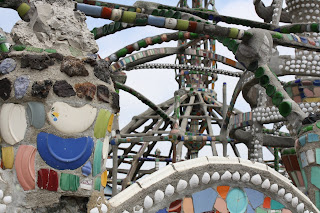 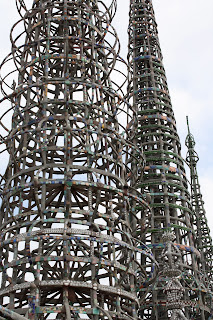 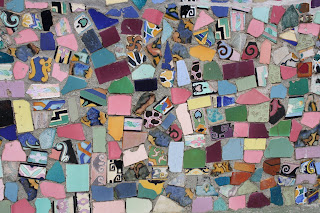 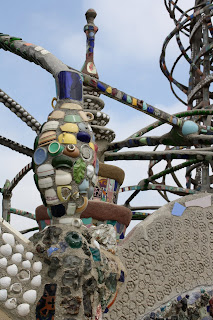 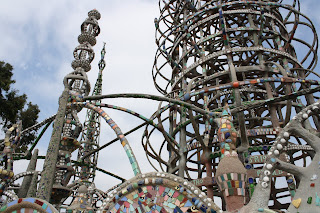 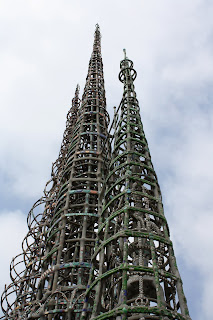 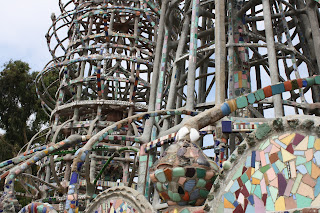 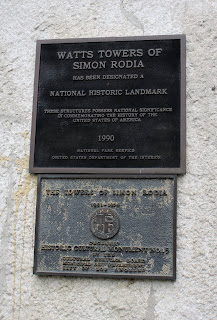 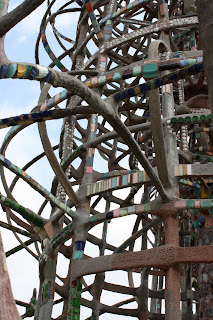 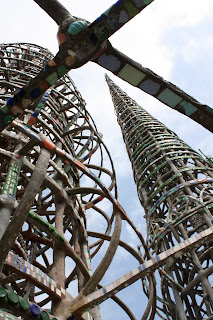 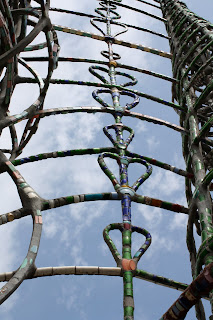 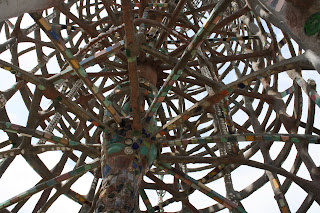 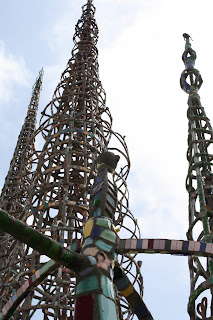