Television Out of the Box 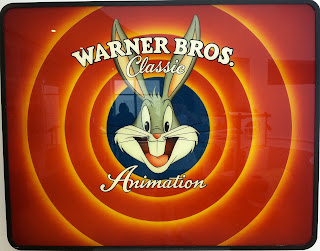 We finally made it over to Beverly Hills today to see the “Television Out of the Box” exhibit at the Paley Center for Media. The exhibit, which lasts until 2015, features artifacts from Warner Bros. studio’s most famous TV shows—for example, Big Bang Theory, True Blood, Fringe, Friends, ER, West Wing, Seinfeld, Murphy Brown, China Beach, The Sopranos, and Band of Brothers—and, of course, numerous cartoons, like Bugs Bunny and Top Cat.

Sets, props, costumes, video clips, and lots of paper ephemera are nicely showcased upstairs in the two large rooms that used to house the viewing consoles, if you’re familiar with the Paley. Memorabilia from early westerns and detective shows, such as Cheyenne and 77 Sunset Strip (two favorites of both our families), are also on display, but to a lesser degree. There’s also a small theater where you’re encouraged to sing along to better-known TV theme shows. Gilligan’s Island, anyone? 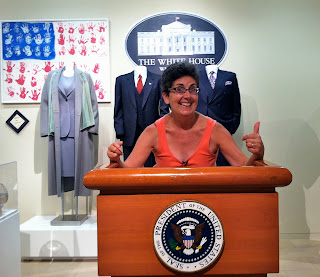 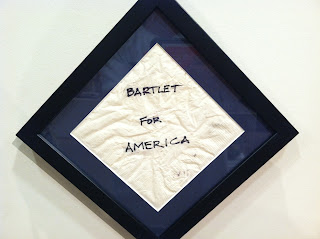 I must confess to shedding a few tears watching clips of my beloved West Wing, though I’m sure I’m not the only fan who caught her breath seeing the famous “Bartlet for America” napkin that Leo gave Jed at the beginning of his presidential campaign. Plus, I almost lost it (again) while watching a snippet of Mark Greene’s final episode on ER. 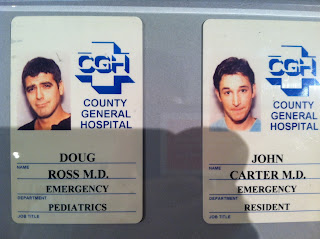 “Television Out of the Box” is truly a wonderful exhibit for anyone who loves good TV. 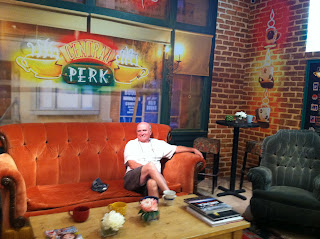 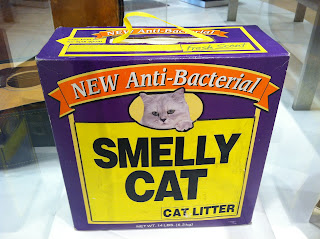 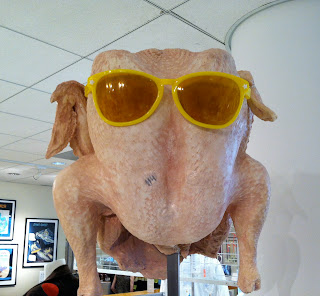 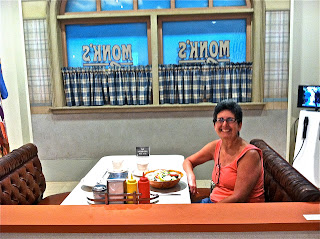 Ordering the "big salad" on Seinfeld 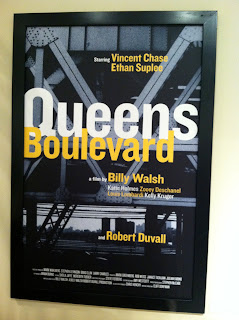 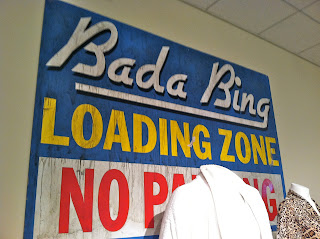 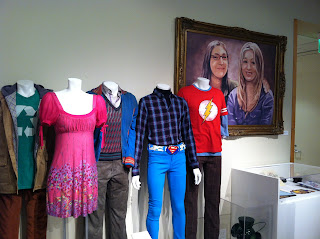 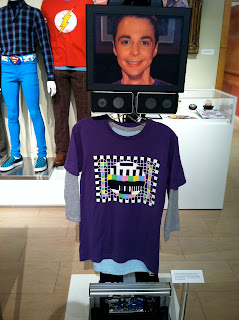 P.S. There’s also a terrific exhibit of more than 50 Al Hirschfeld drawings of TV shows and personalities on the first floor of the Center. Tim and I got so caught up looking for the “hidden Ninas,” we almost didn’t make it upstairs!
Posted by Cyn at 4:48 PM